PVC pipes can become a great material for various kinds of crafts. Don’t believe that? I will convince you today with this bunch of cool pipe crafts for home décor and not only.

If you have some PVC pipes left, don’t throw them away, decorate your furniture with them. Sometimes simply repainting your old furniture isn’t enough, so add an unique touch to it with PVC pipes. The idea is to cut them into rings and attach them where you want. 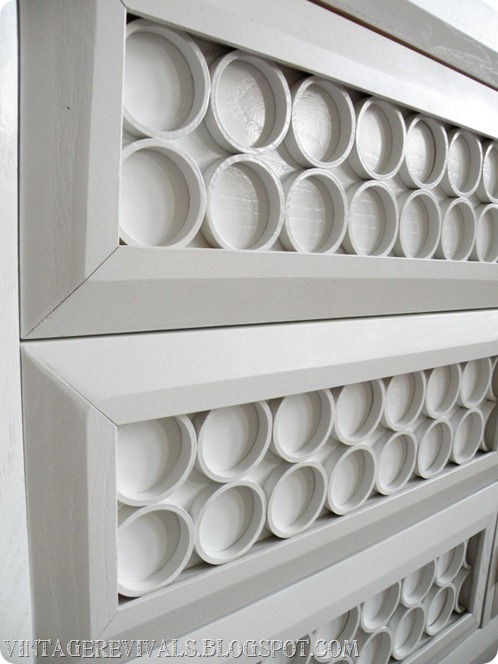 These DIY PVC pipe napkin rings have a slight African touch. The pieces of PVC pipes were spray painted with copper paint, and this beautiful ethnical ribbon reminds of Africa. But of course you can take some other ribbon that you like. 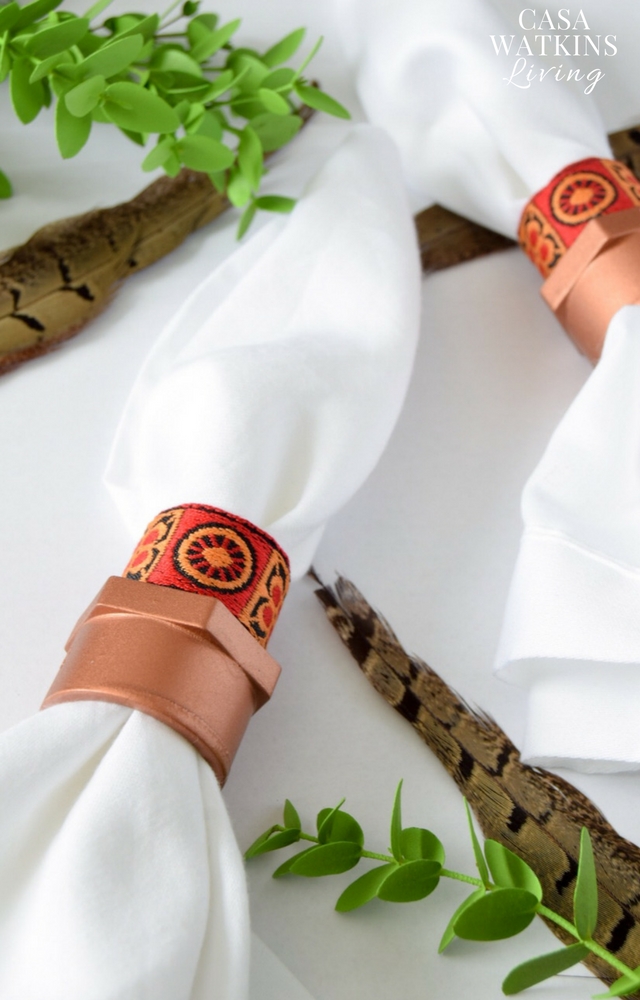 Who could think that a cool desk and bathroom organizer can be made of usual PVC pipes? These organizers can be used in many other places where you need to hold some small stuff. Cut the pipes and attach them to each other. Paint the organizer if you want. 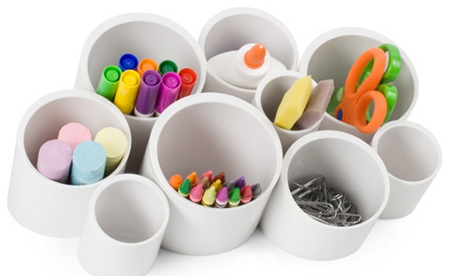 This project is so easy it almost hurt, and this is the cutest industrial planter ever. All you need is a basic knowledge of power tools to pull it all together, with a drill, a jigsaw and a small sander. The great thing is it’s totally customizable. You can easily make it any size and put in as many succulents as you want! 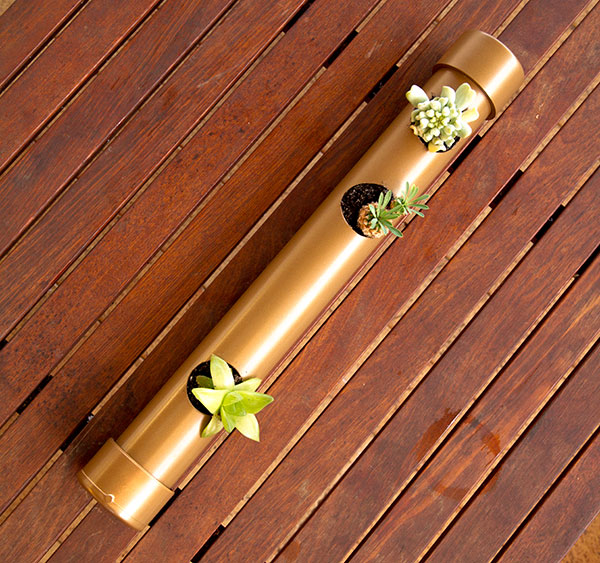 Have kids? Then probably the toys are lying all over the floor everywhere unless you have good holders. Here’s a cool toy organizer made of a crate and PVC pipes. The tutorial is about gluing the pipes to each other and then attaching them to the crate. 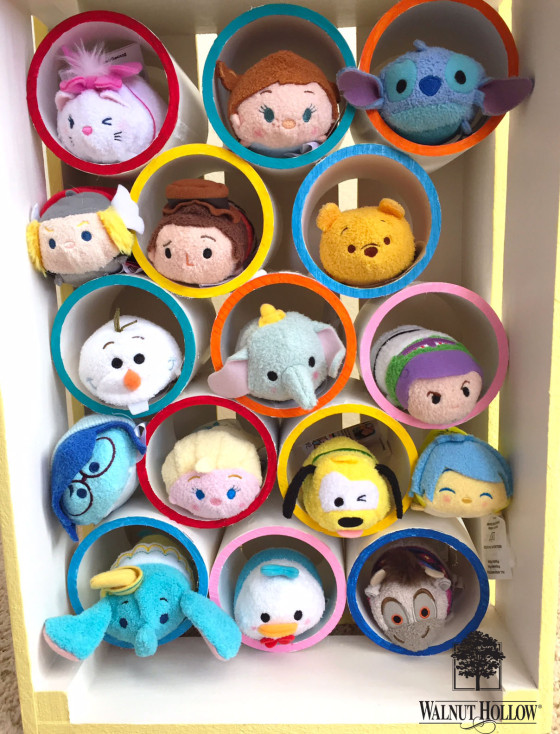 Industrial furniture is super trendy and chic, and it costs a lot. But you can make your own furniture of PVC pipes and some wood. This tutorial tells how to make an industrial table with PVC pipes legs, better take metal ones to make it stable. 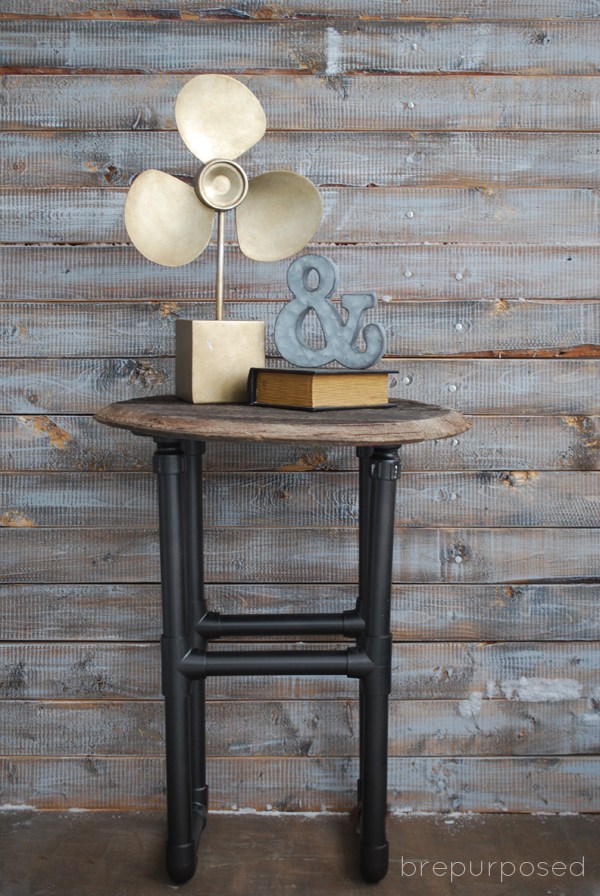 DIY industrial table of wood and PVC pipes (via brepurposed.porch.com)

As the school year has already begun, there’s nothing more actual and popular than an organizer for every working or studying space. This desk organizer is made of PVC pipes, the pieces of them are attached to each other and painted. You can make any monogram or letter that you like. 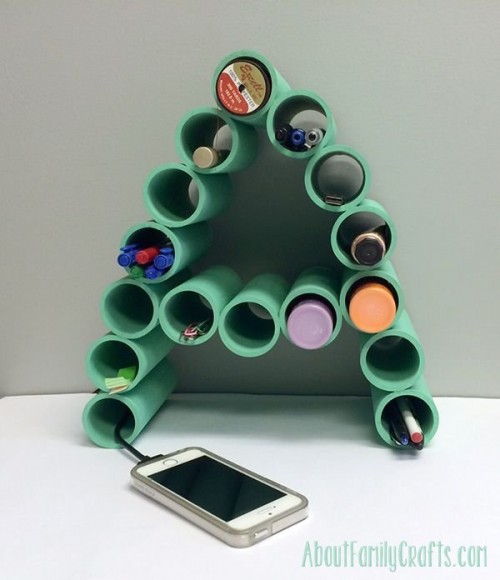 This awesome wreath is made of PVC pipes, and it’s suitable for any season or holiday. Just attach PVC pieces to each other forming a wreath and then put various decorations inside. These can be leaves, ornaments, nuts, pinecones and so on. 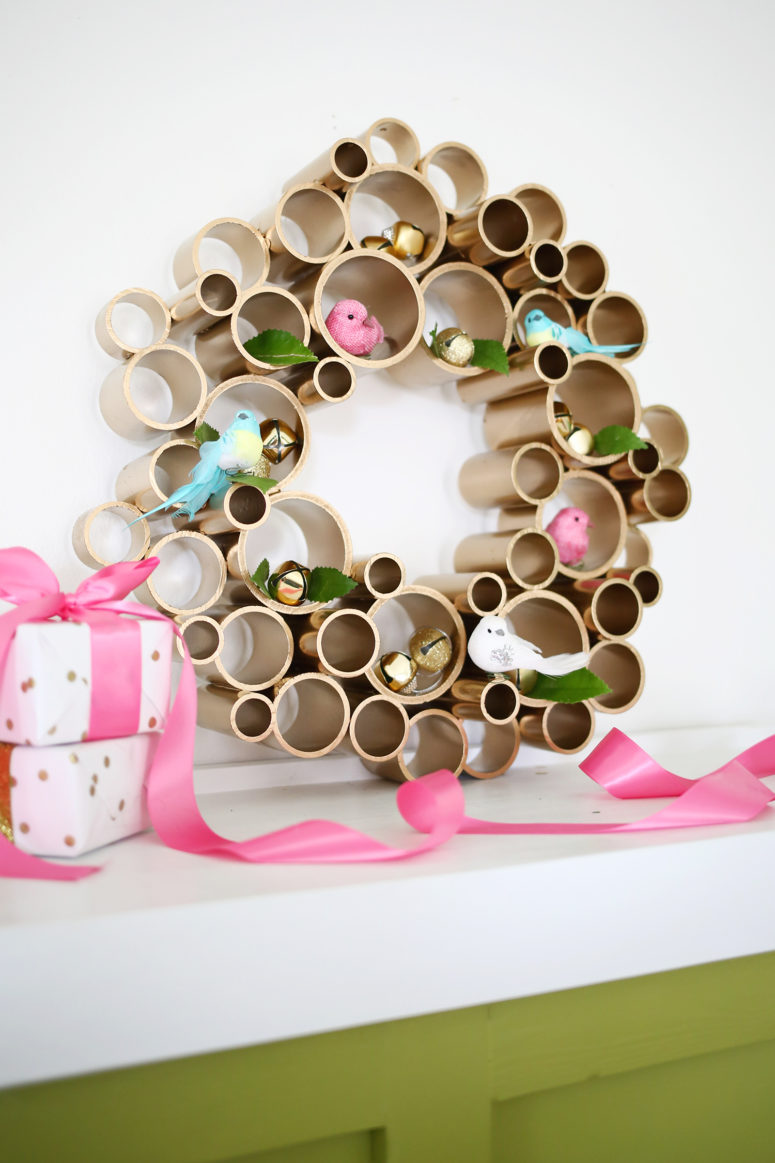 DIY PVC pipe wreath for any holiday (via www.abeautifulmess.com)

There are so many ways to make a DIY sunburst mirror but here is one more. You can make it from PVC pipes. Create various cool patterns that you like and paint it as you like. 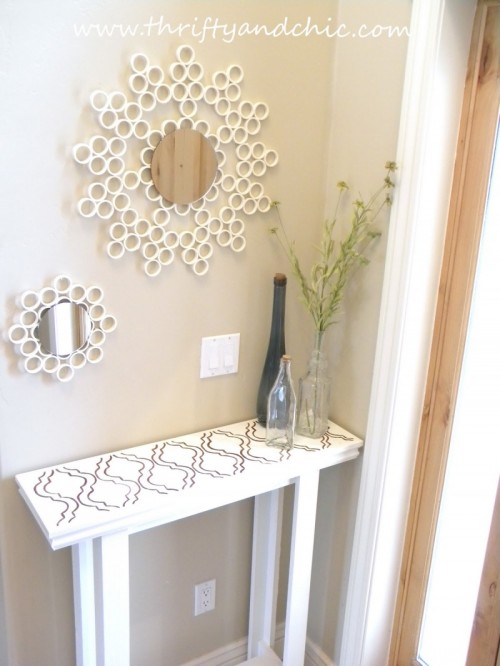 Here’s one more idea to make pots of PVC pipes. Here the pipe is placed vertically and not horizontally, so it won’t be a large planter. Decorate and paint it as you like. 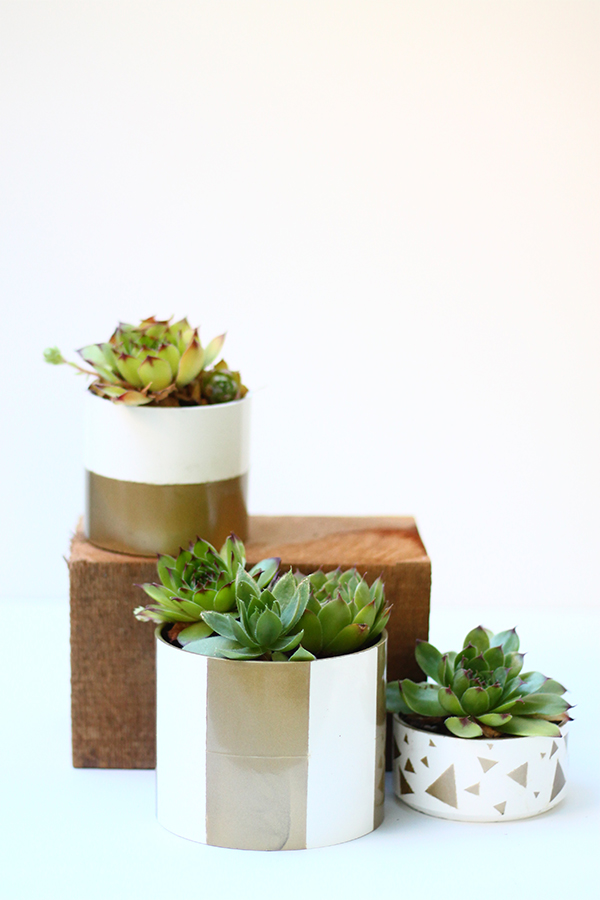 A PVC pipe can be cross-stitched! Yes, it’s true! Here the author stitched hearts, and then you may use it as a pencil holder or some other holder of your choice. 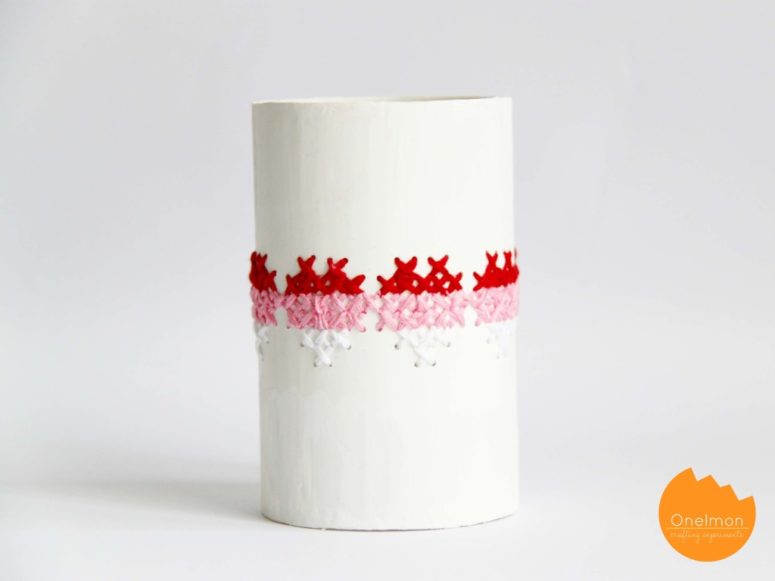