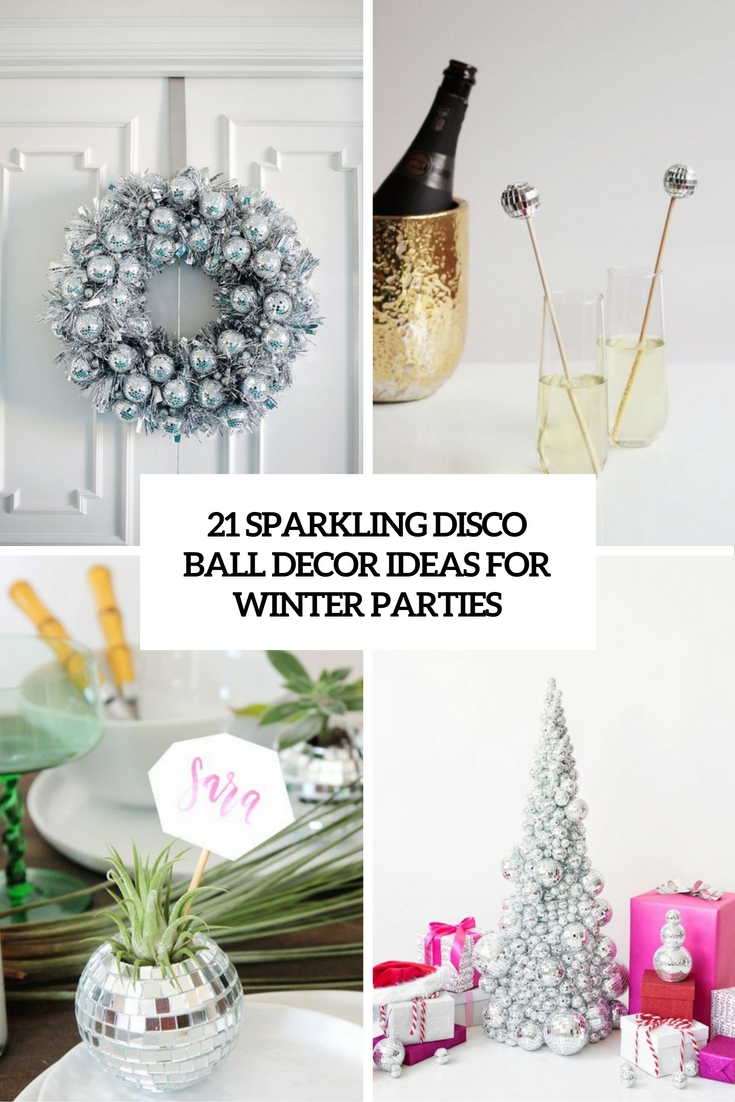 Disco balls are making a huge comeback, and I can’t imagine a cooler sparkling piece for winter holidays, especially for New Year. Wanna know how to use them to get a cool look? Let’s consider these ideas.

Choose disco balls in the color that you like and hang them everywhere! On your porch, over your window, over the tables and to the chairs. Take a usual chandelier and hang the disco balls right on it and let the whole piece shine. Let them sparkle and shine and they will easily set the mood and make your feel holidays coming. 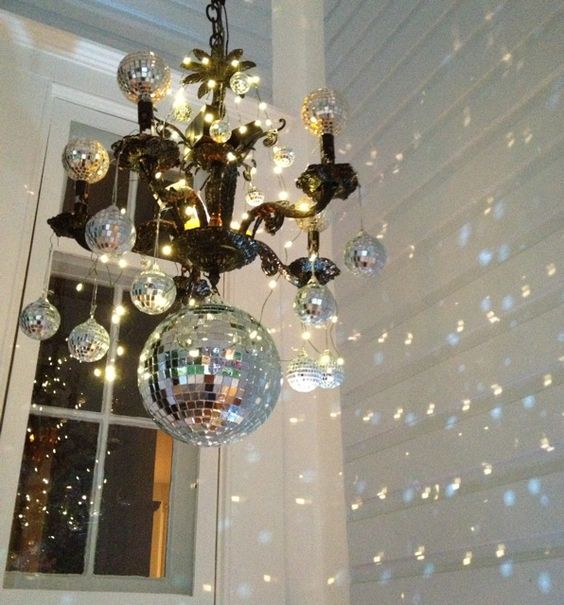 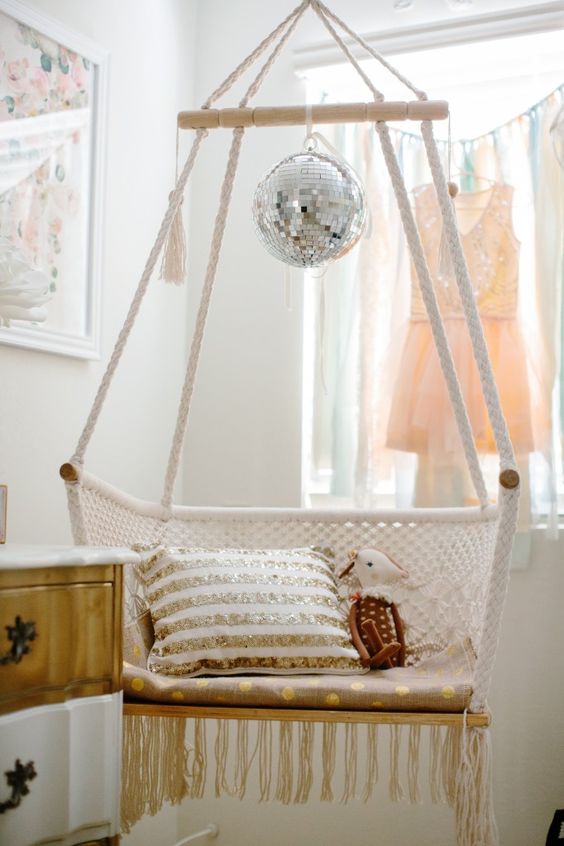 a hammock chair topped with a disco ball 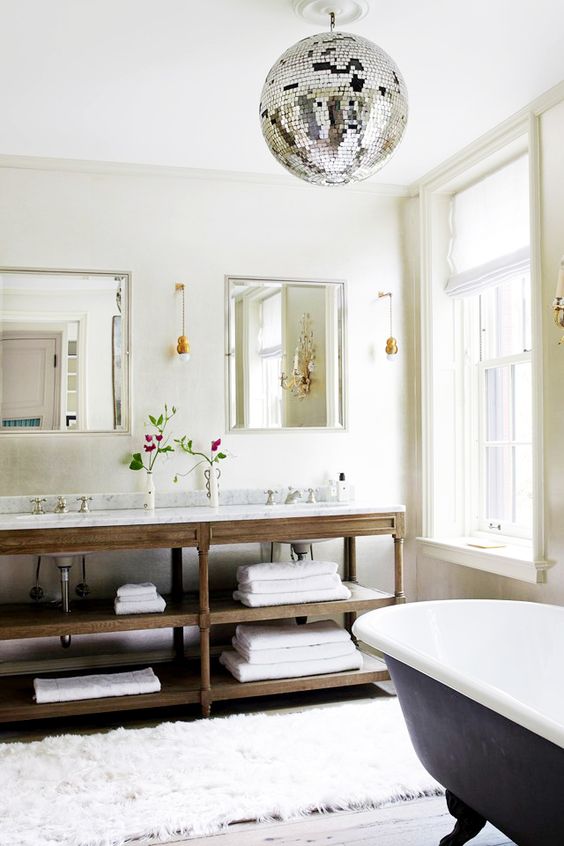 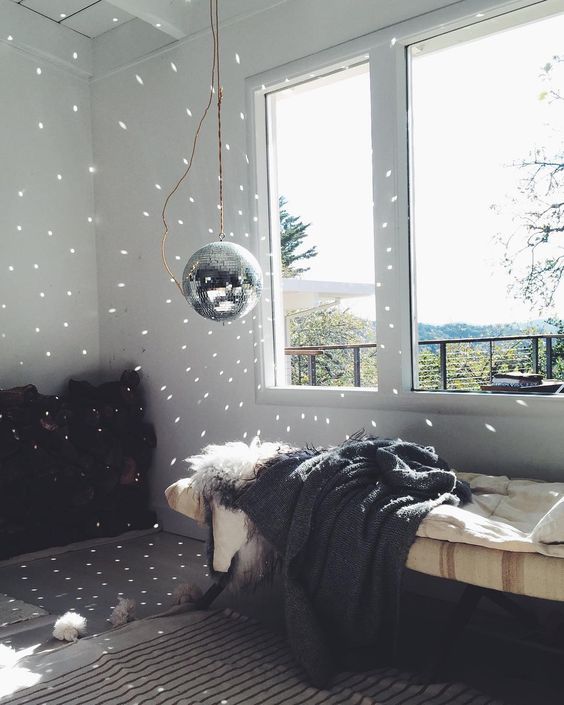 enjoy the effect even in the daytime 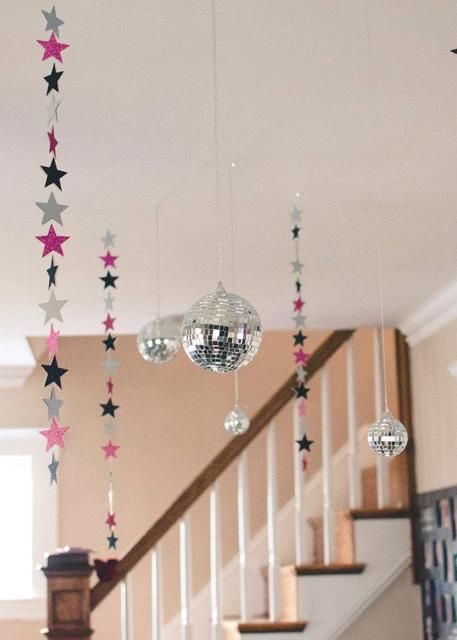 disco balls hanging from the ceiling 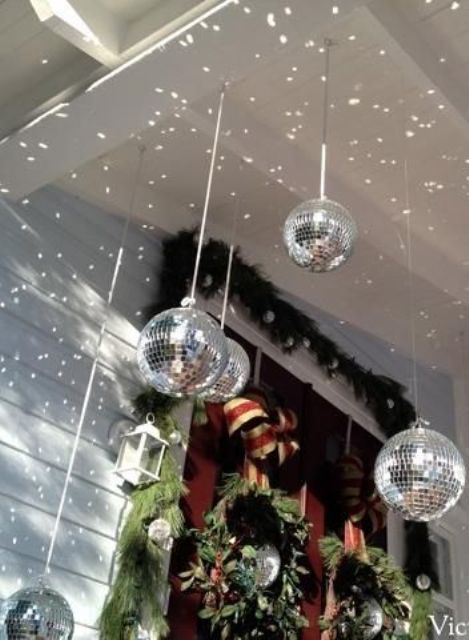 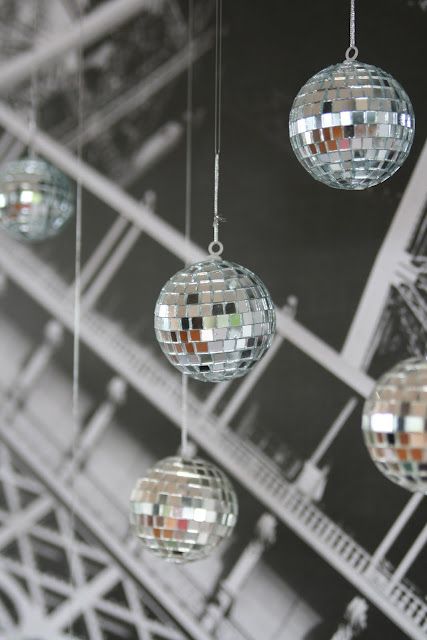 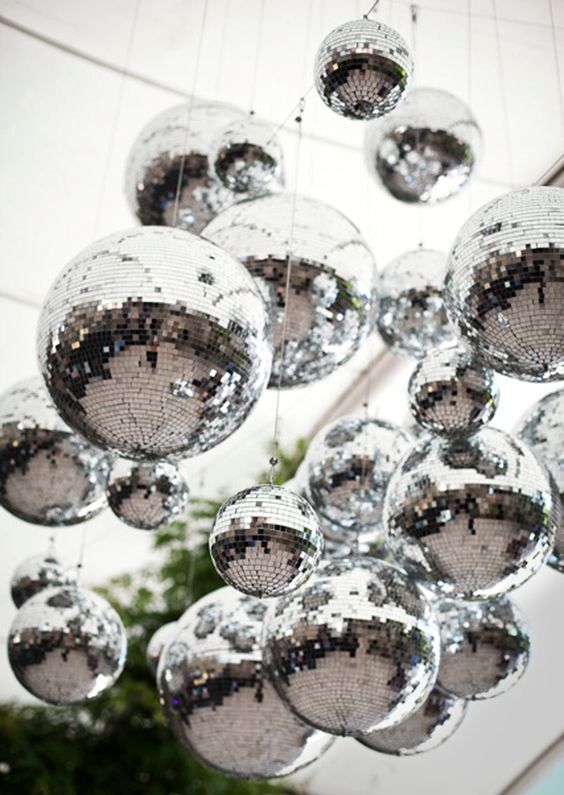 Make disco ball party invitations and place card holders using disco balls in the colors that you like. Top the cake and cupcakes with funny disco ball toppers and add disco ball stirrers to the drinks to make them all shine. Create sparkling disco ball wreaths, garlands or Christmas trees, make glass or Lucite centerpieces with disco balls inside. If you have a lot of disco balls, you can put them all into a bathtub, for example, and excite your guests who step in. 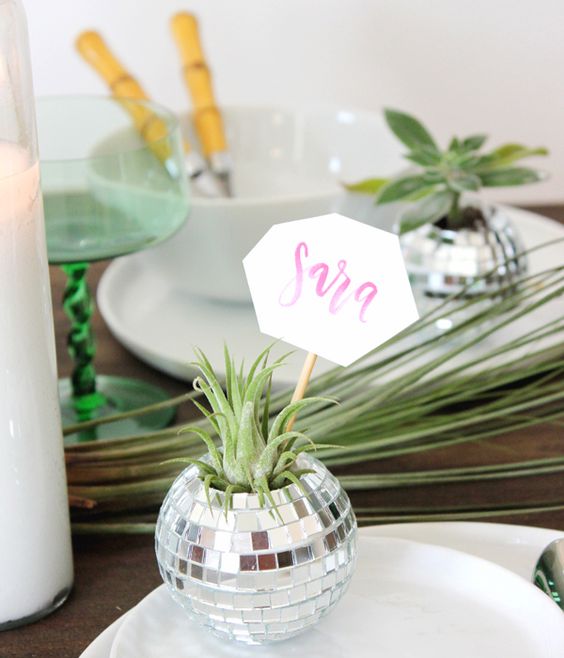 a disco ball with airplant as a card holder 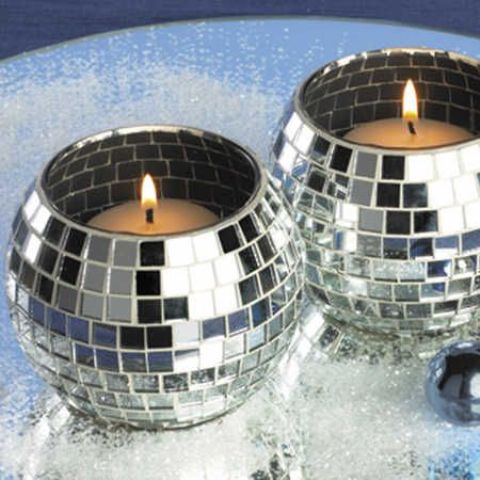 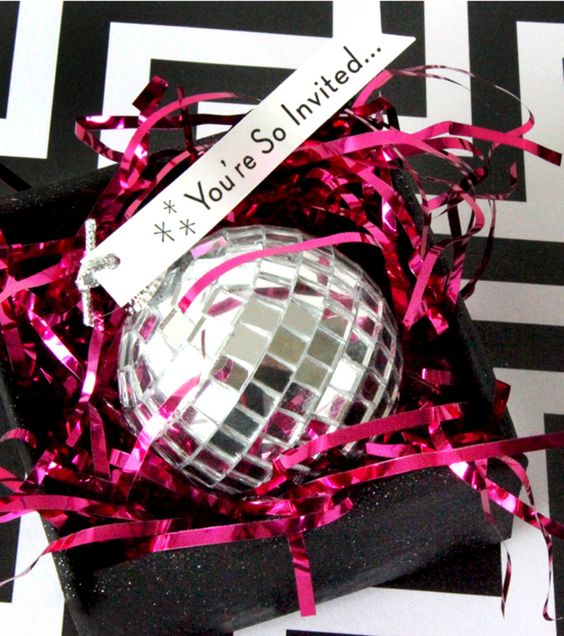 disco balls as invitations to a New Year party 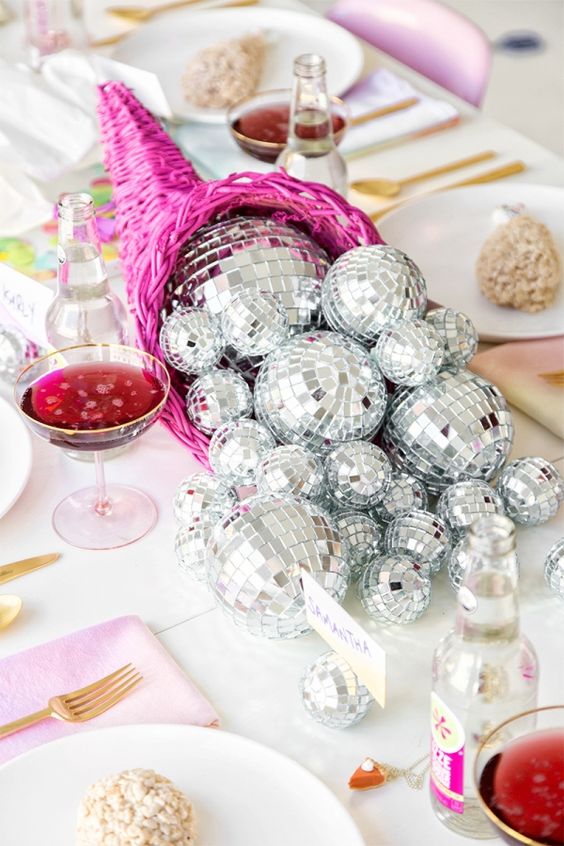 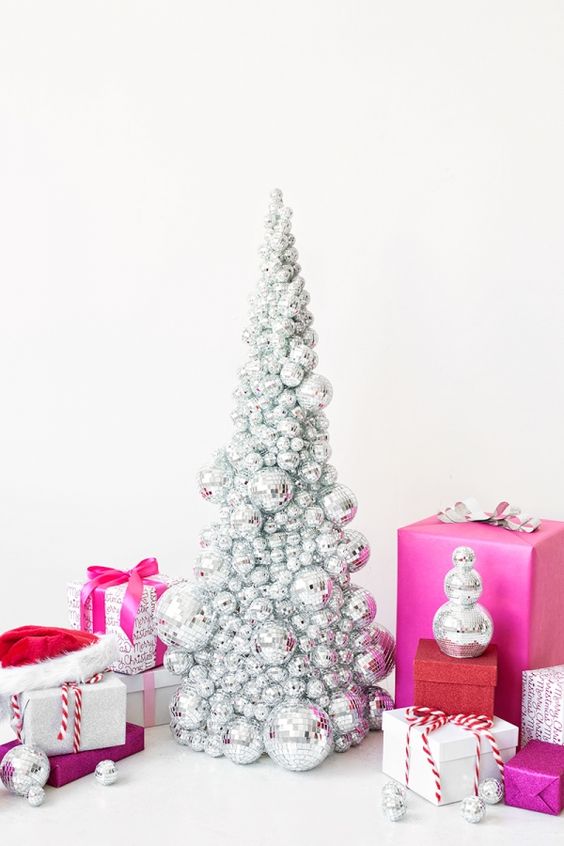 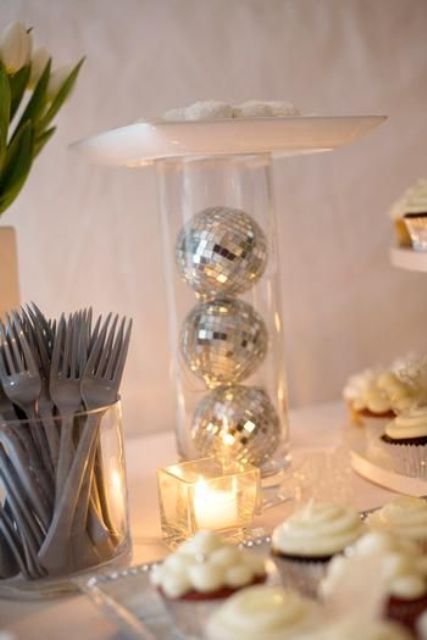 make a centerpiece with a vase and disco balls inside 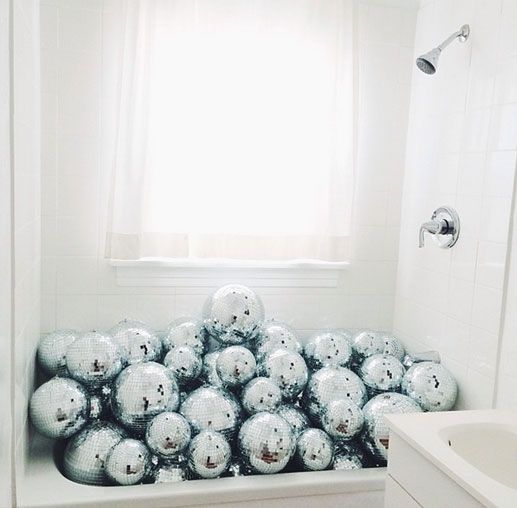 put silver disco balls into your bathtub to excite the guests 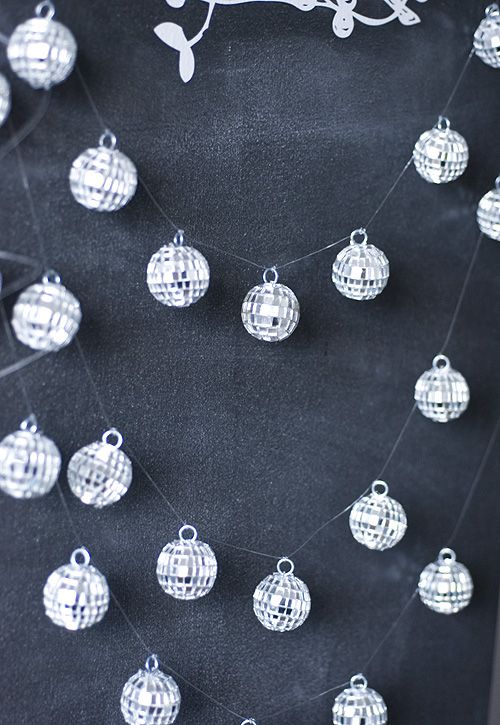 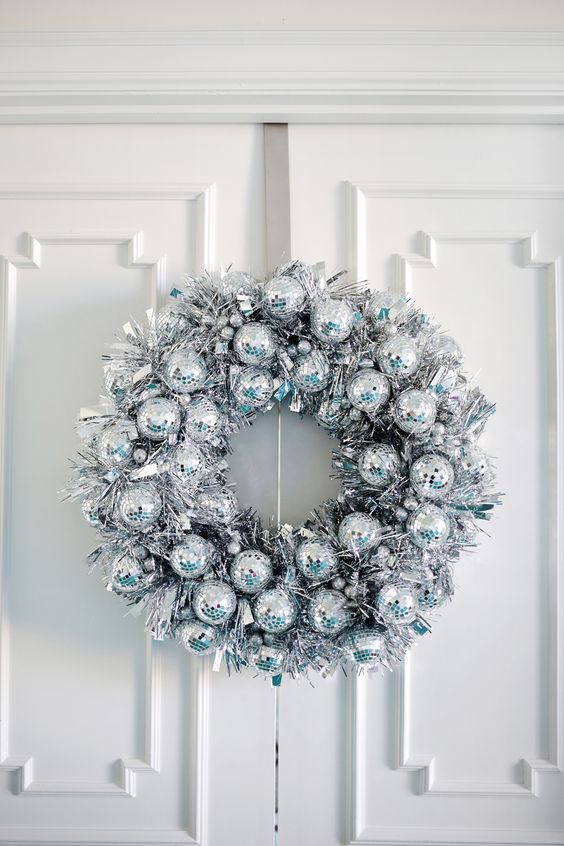 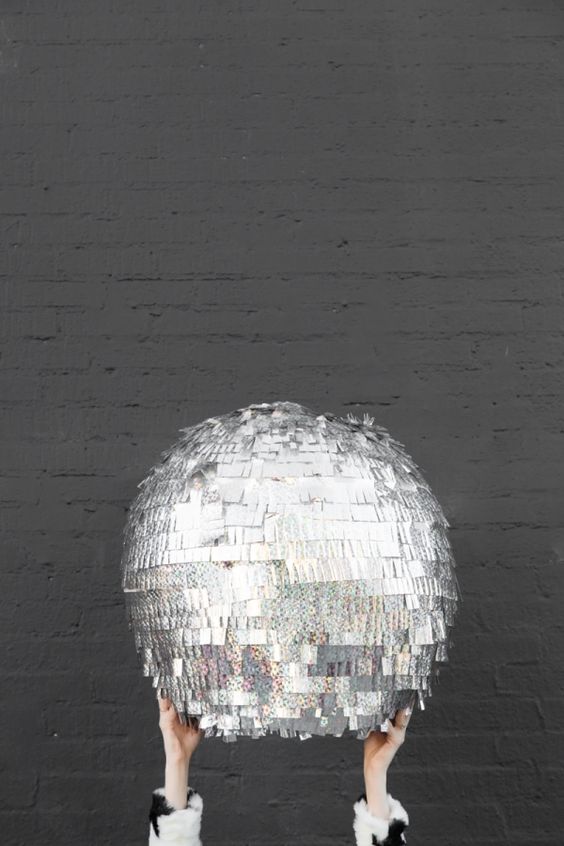 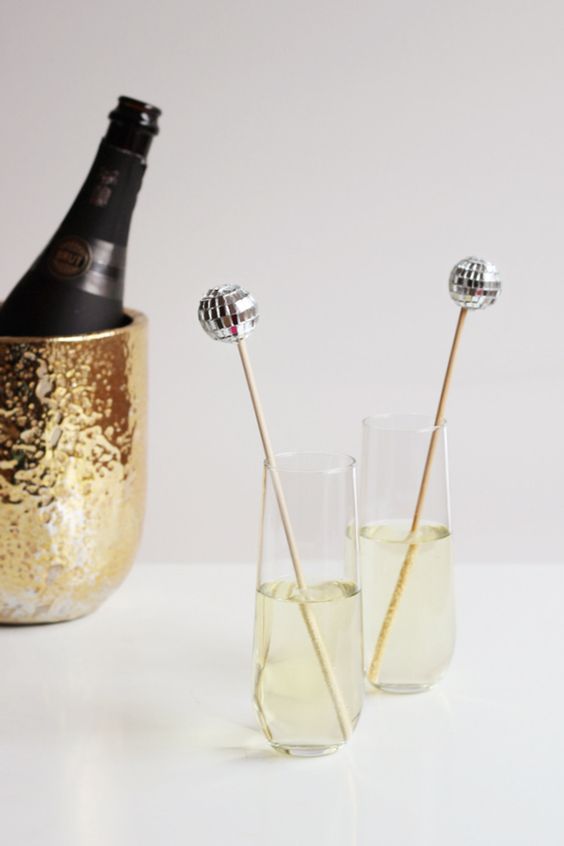 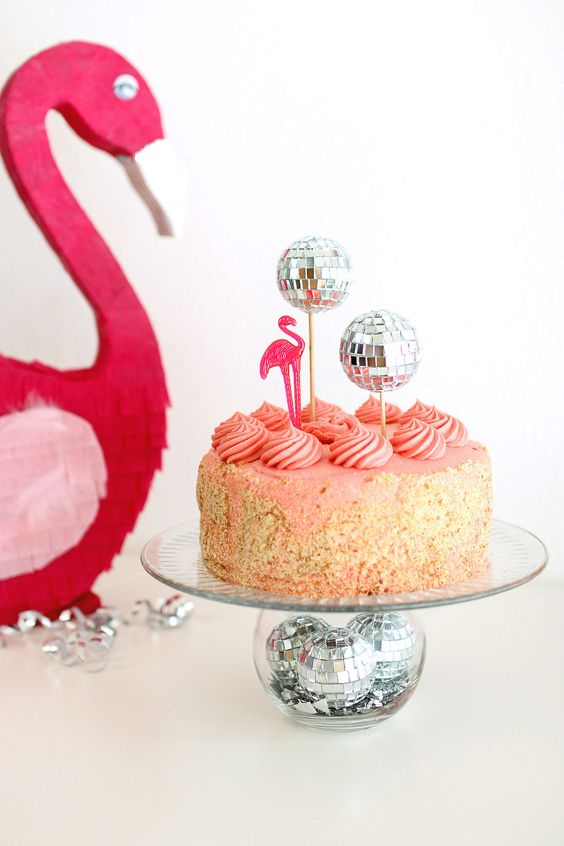 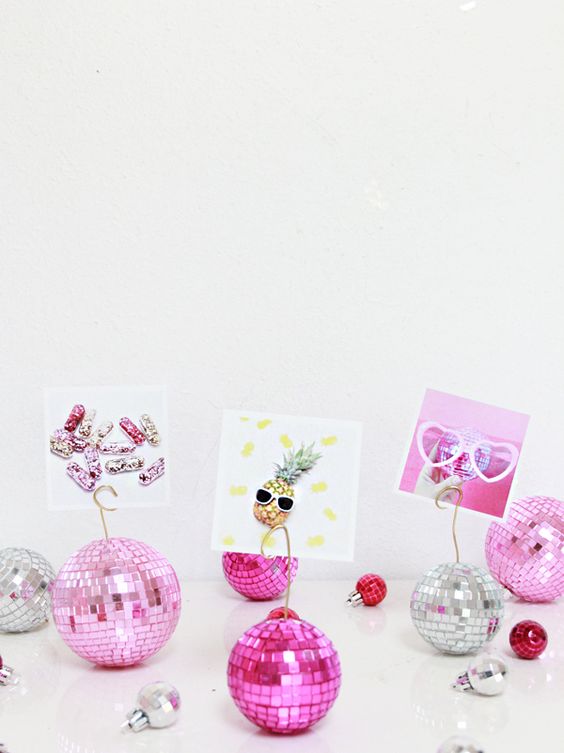