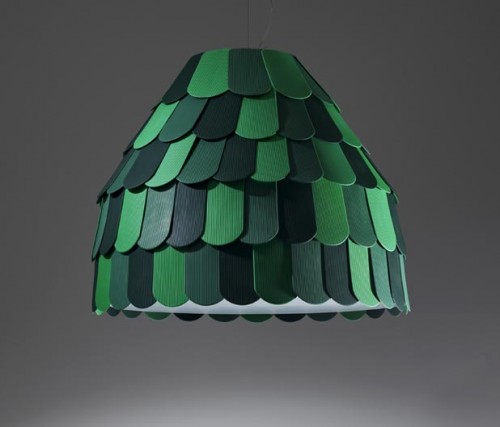 Roofer is a pendant lamp designed by Benjamin Hubert for Fabbian. It’s inspired by roof tiles found in Marrakech. A single ‘tile’ is used to clad various steel frame works. This allows for different shaped lamps to be created from a single tile. The consumer can build their own lamp from a framework and selection of different coloured tiles, allowing for customisation as the end user becomes part of the design process. The tile is manufactured from a flexible silicon polymer, which both allows the module to be formed around a compound curvature framework as well as allowing some light through its translucent structure.

Even though you can buy this lamp you can use the idea and make something similar using felt tiles. Just use your imagination! 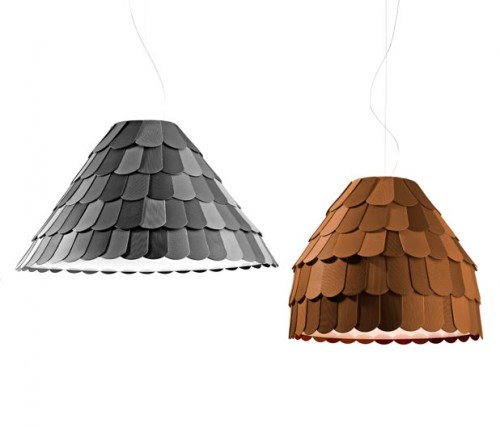 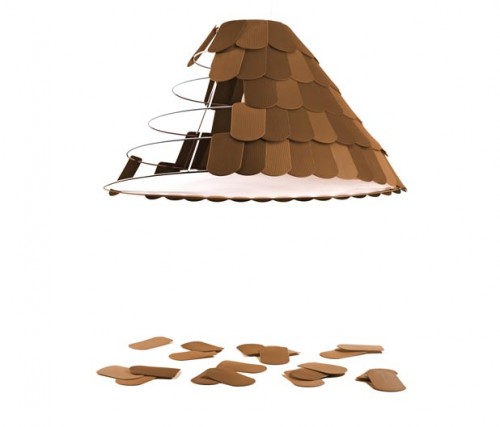 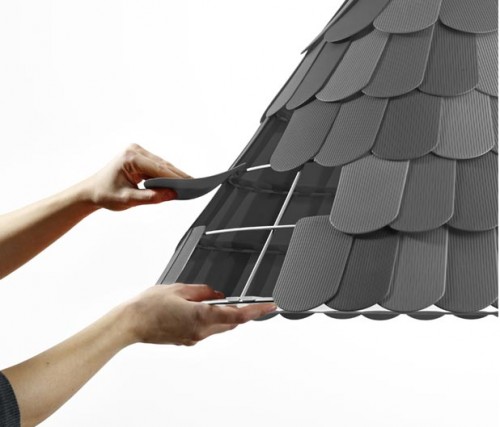 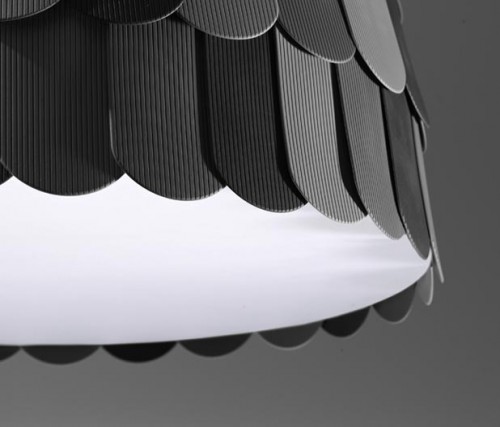 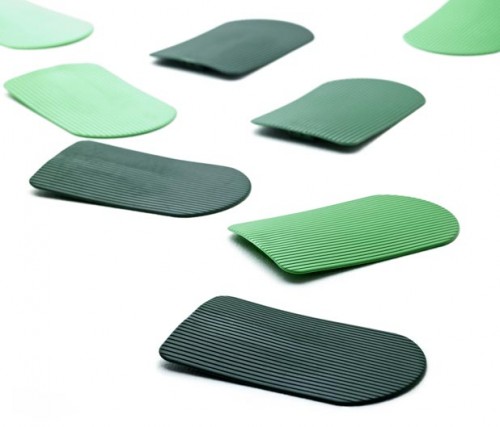