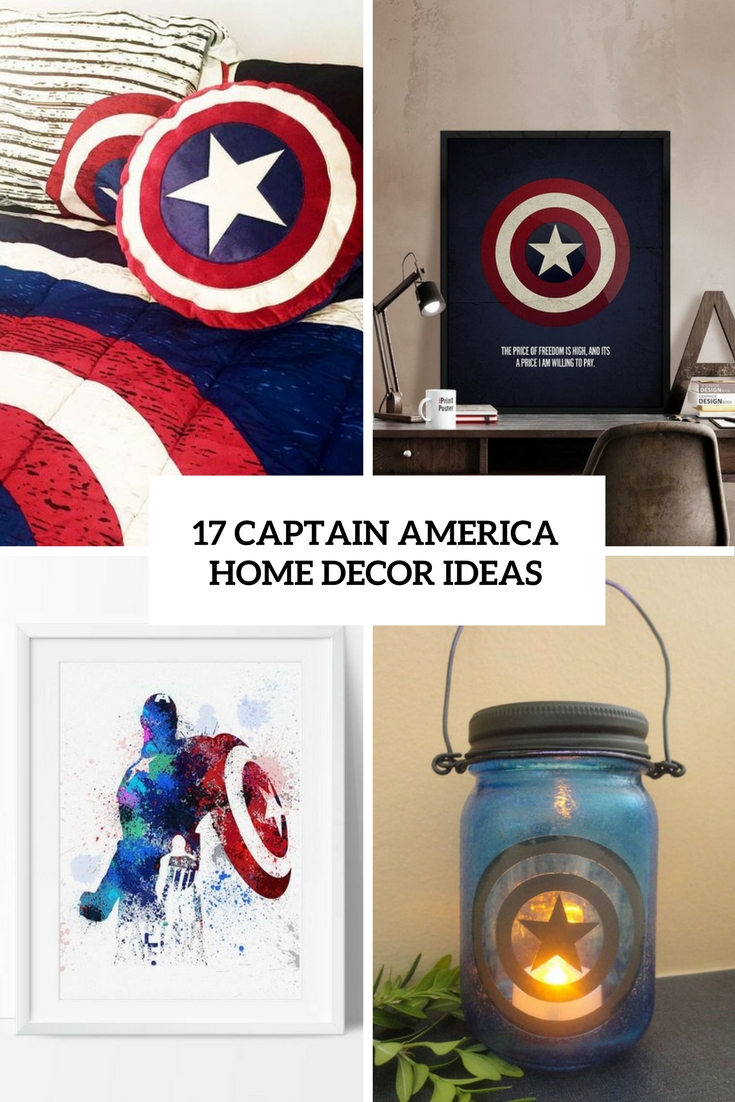 As the 4th of July is coming closer I think it’s high time to consider some patriotic and connected with that home décor ideas, what would you say to Captain America? He’s the most patriotic avenger ever, and even when the Independence Day is over, such décor will be anyway actual. Let’s have a look at how to incorporate such touches into your décor.

Make a plain wall stand out with removable vinyl wall decals with Captain America! This is a great idea not only for a usual home but also for a rented one. When you get tired of it, just remove. Another idea is hanging a cool retro comics poster, which will add an element of pop culture to your space. Create or find a gorgeous wall art with Captain America, which will fit not only an adult space but also a kid’s one. 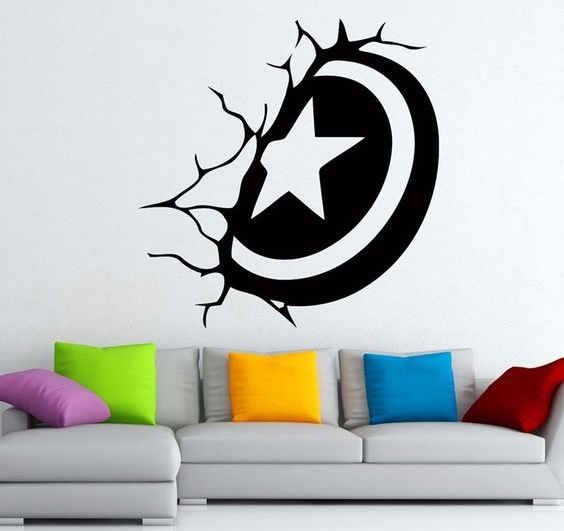 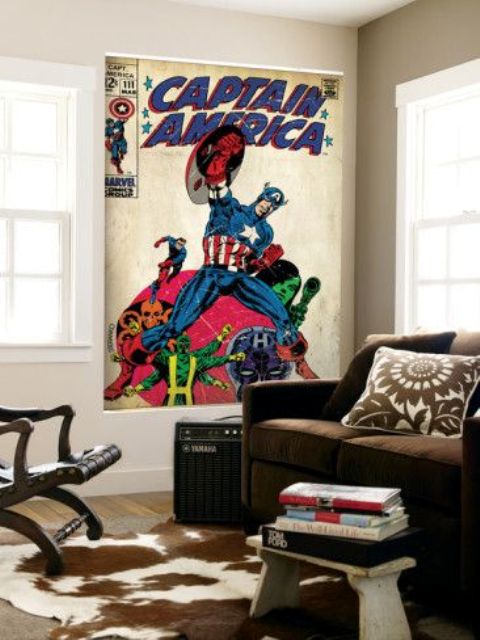 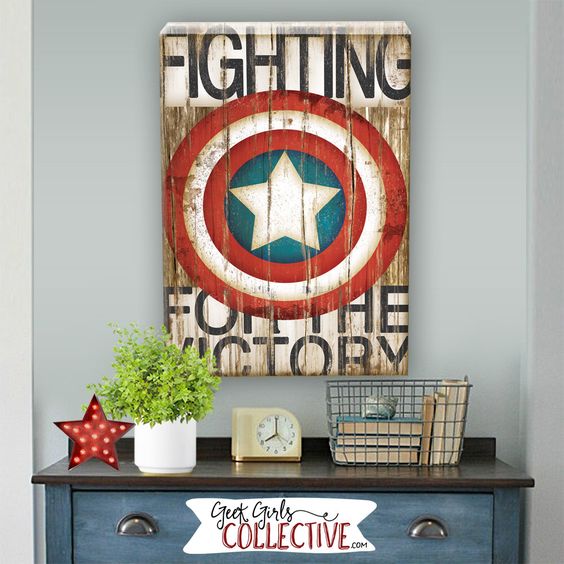 Captain America pallet wall sign will cheer any space up 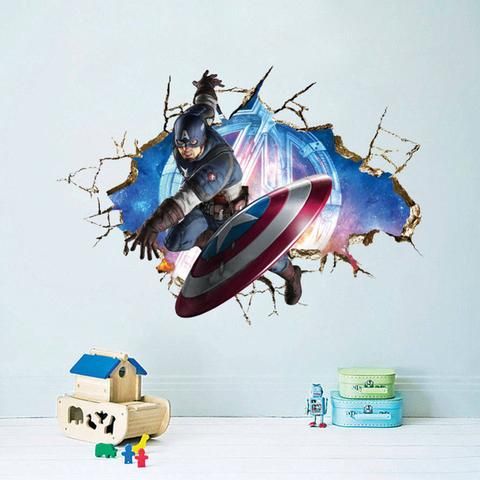 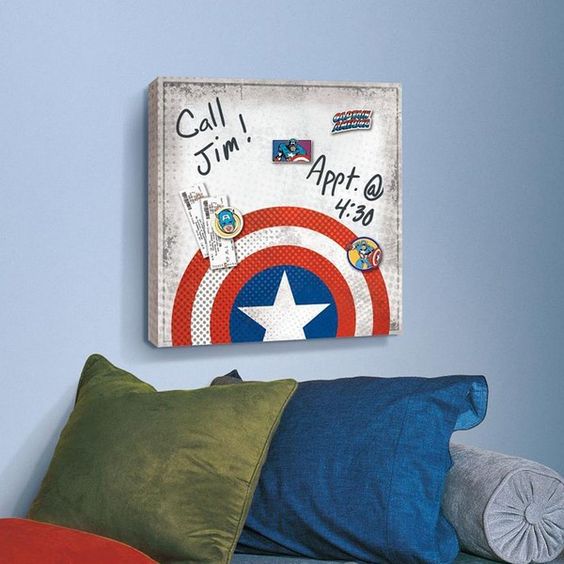 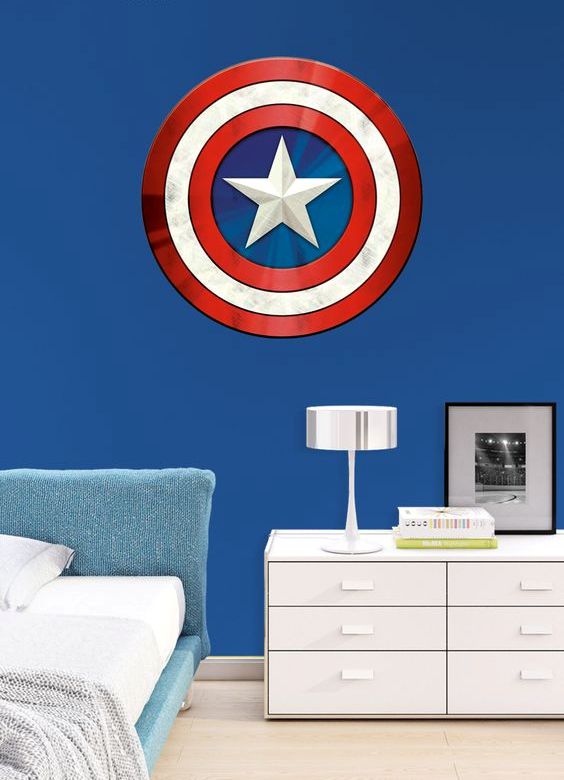 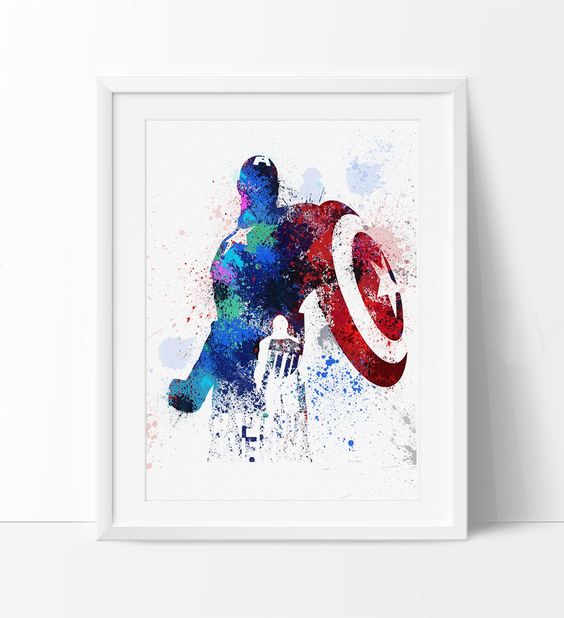 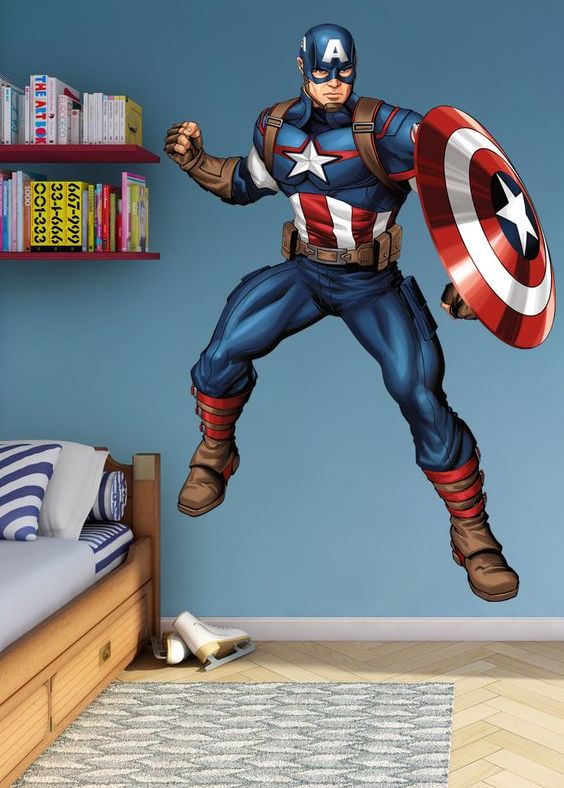 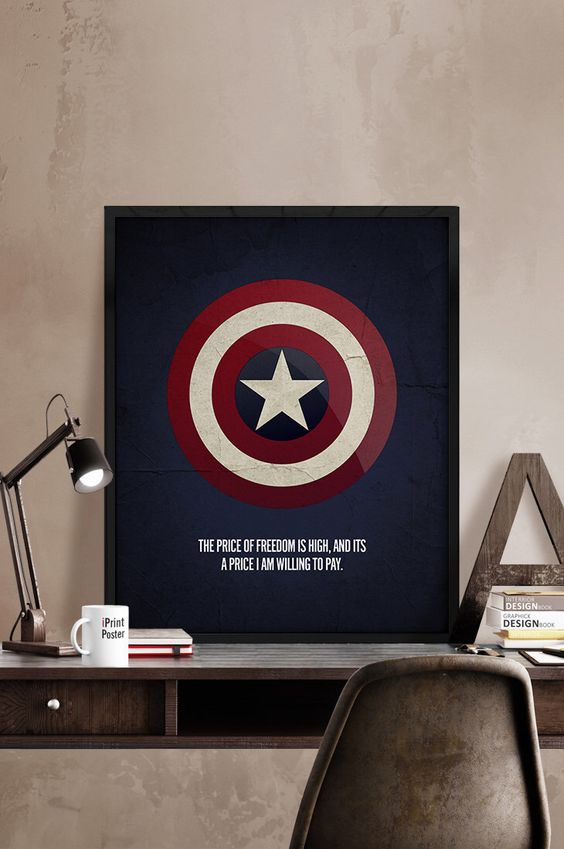 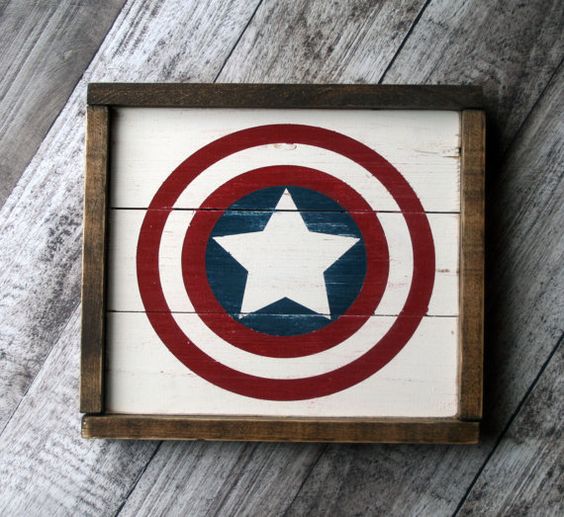 Rock Captain America inspired textiles: towels, rugs, bedding and pillow cases. This is another budget-friendly idea and you can even make something with your hands to spend even less money. 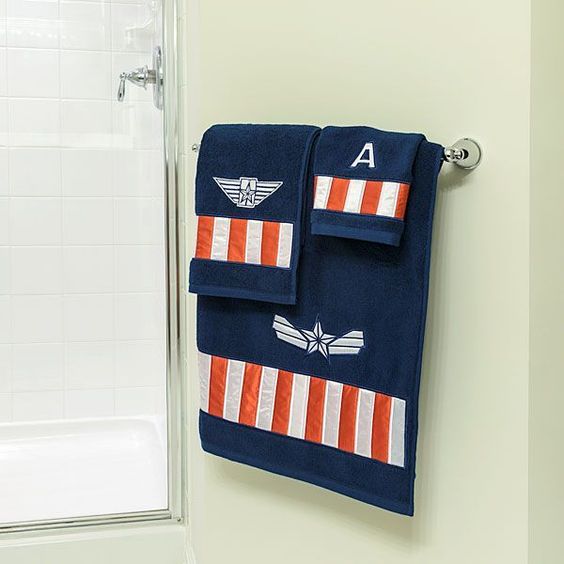 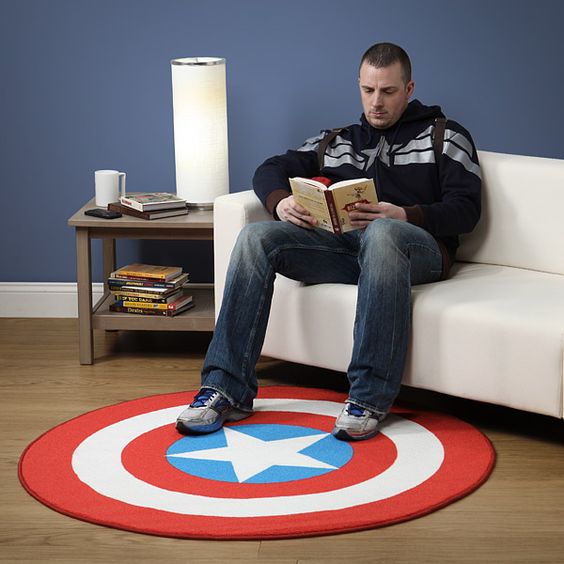 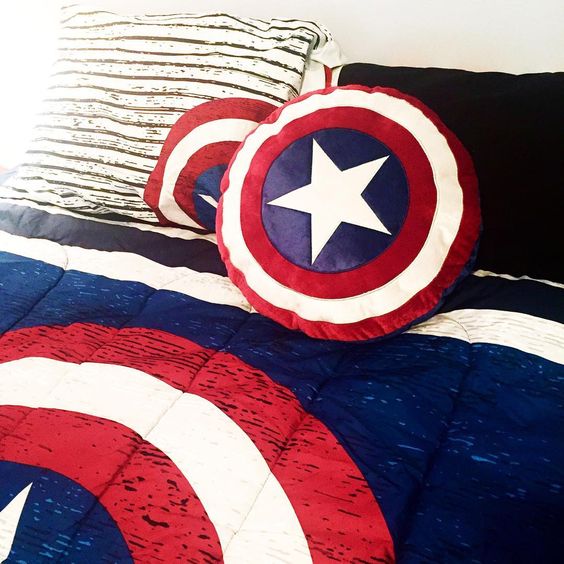 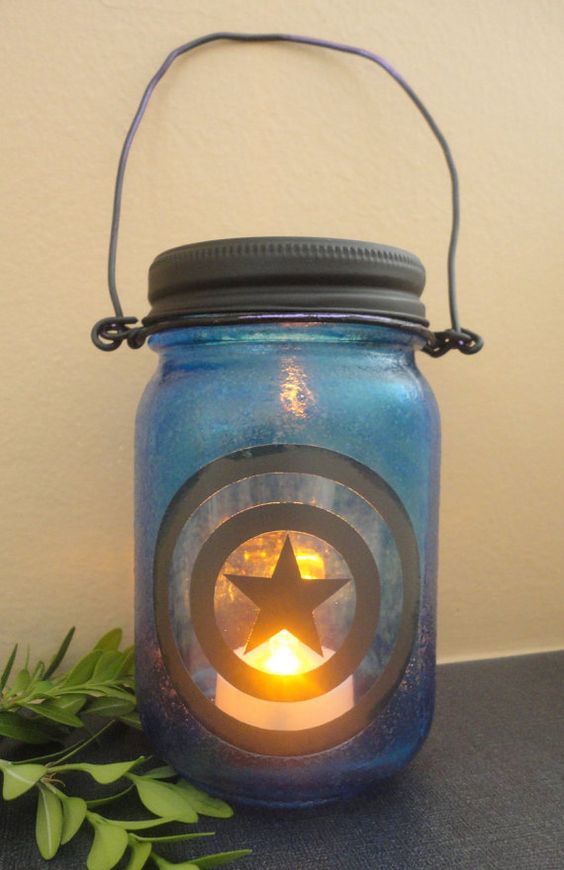 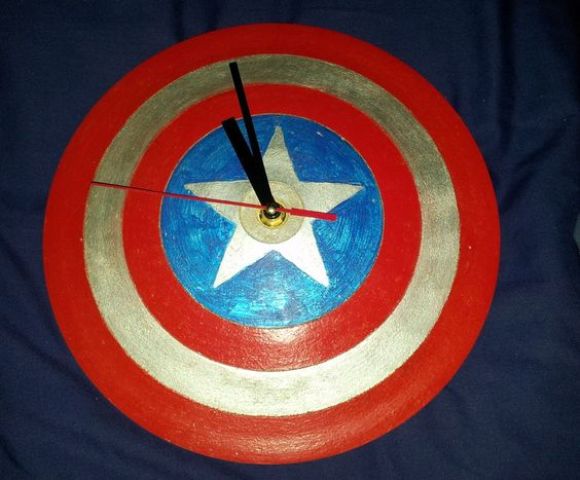 such a Captain america shield clock can be DIYed 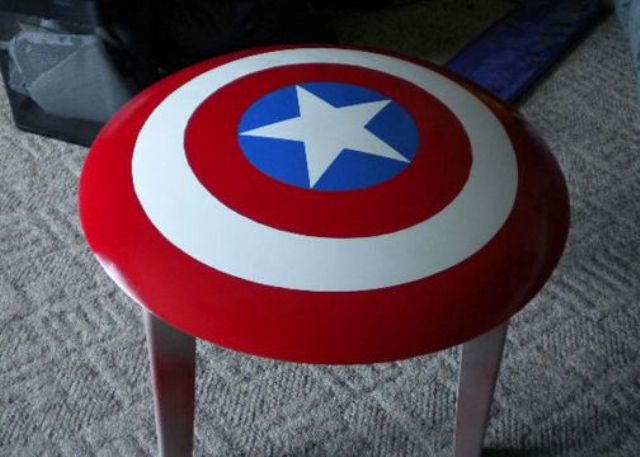 turn a usual end table into a Captain America shield