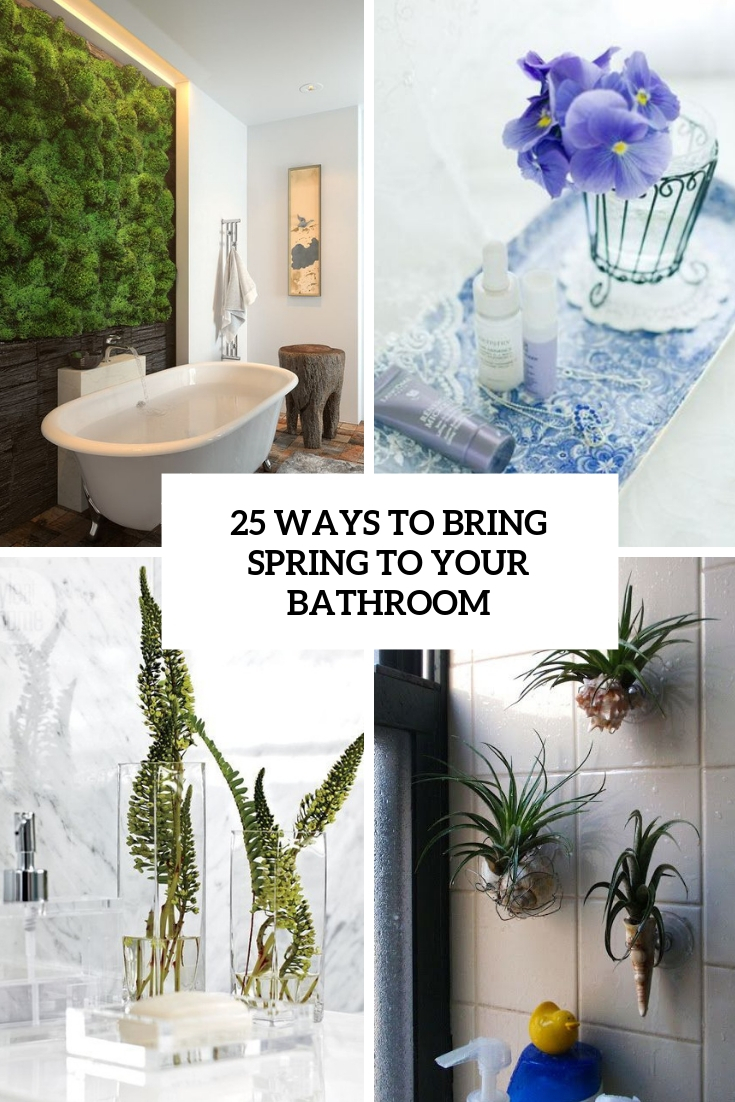 If you want to refresh your bathroom for spring or just to add a natural feel to the space anytime, greenery and blooms are the best way to do that. There’s nothing more spring-like than greenery and flowers, so adding them to your bathroom is a cool idea. Here are some options.

Living walls are a hot decor trend, which can be incorporated into your bathroom decor for a stylish look. The wall may be in the sink zone, in the shower or in the bathtub space – the lusher it looks, the stronger the effect will be. If you want a low-maintenance option, go for a moss wall, it’s still very refreshing. 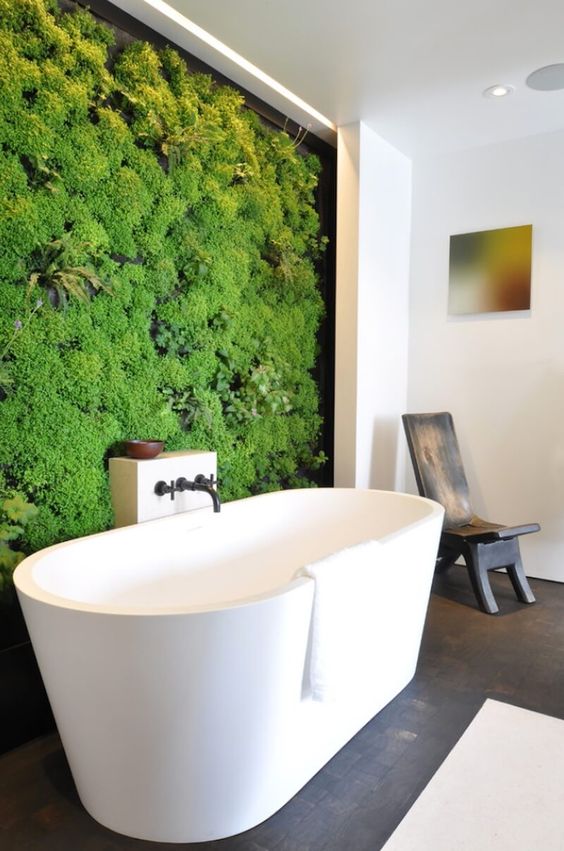 a living wall in your bathroom will turn it into a natural oasis easily, besides it's a hot trend 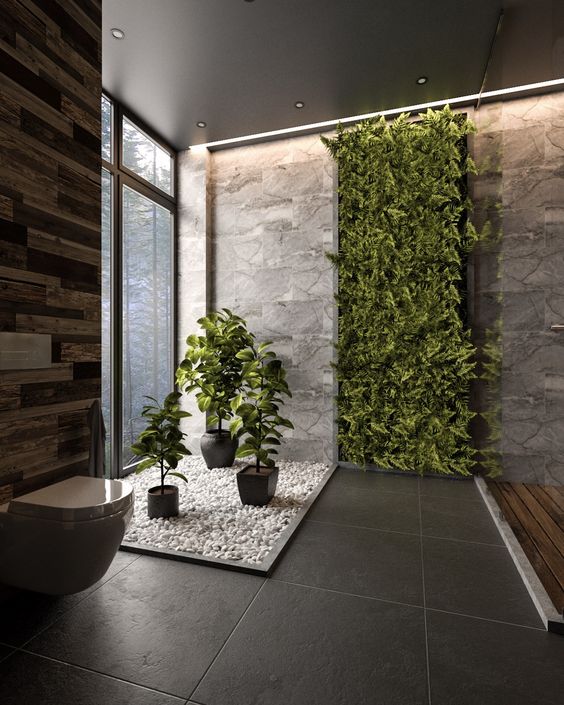 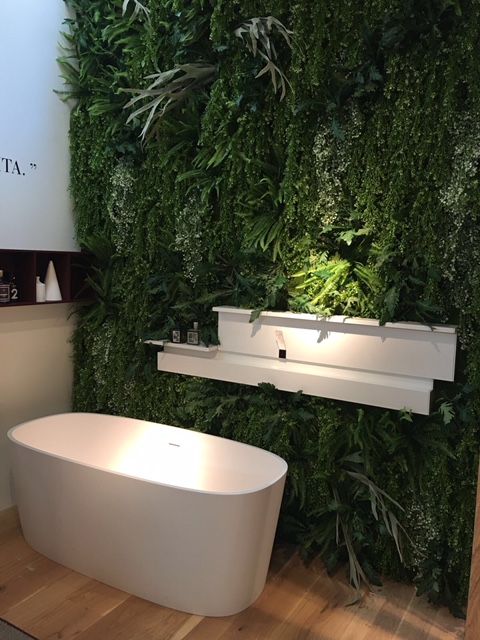 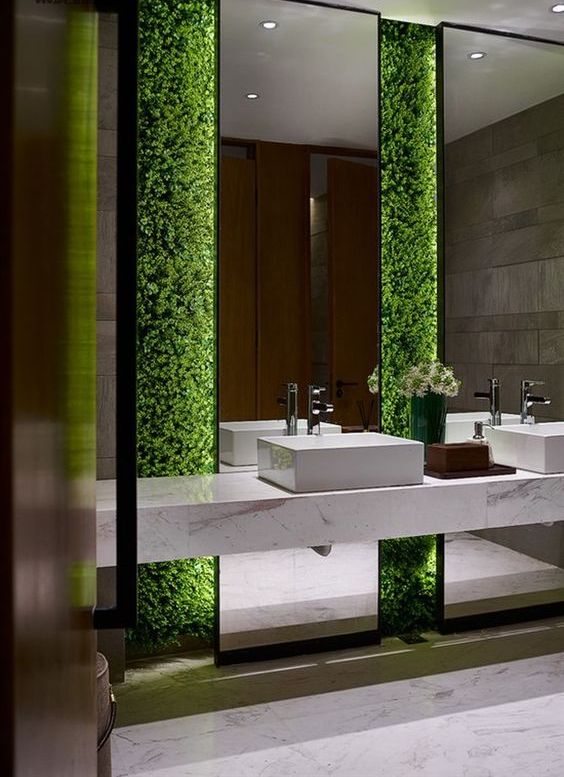 a living greenery wall in a bathroom is a chic idea for any style and decor, it's very refreshing 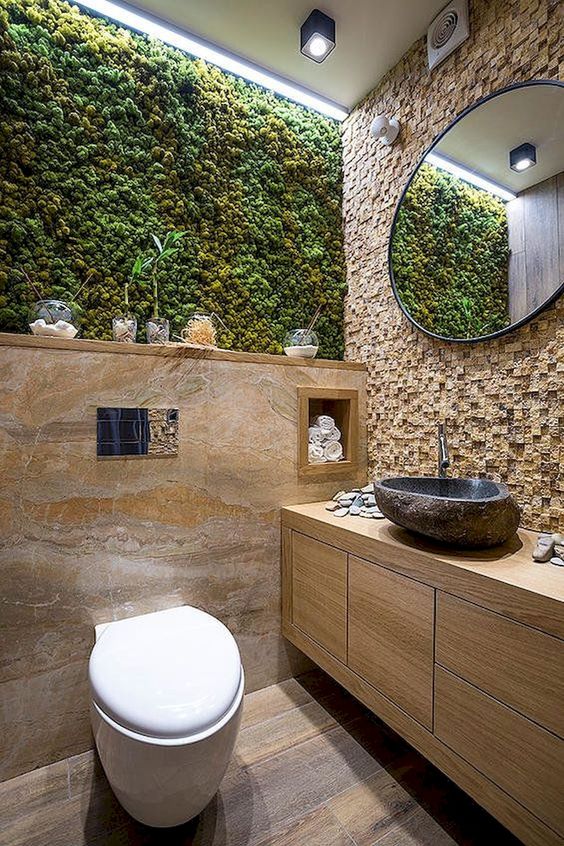 a moss wall in your bathroom is a chic and stylish idea for a modern bathroom, it's a low maintenance idea 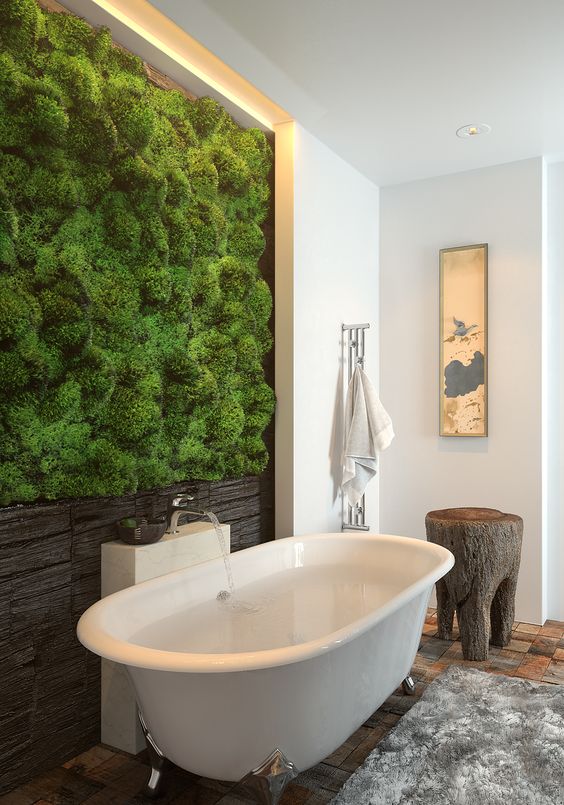 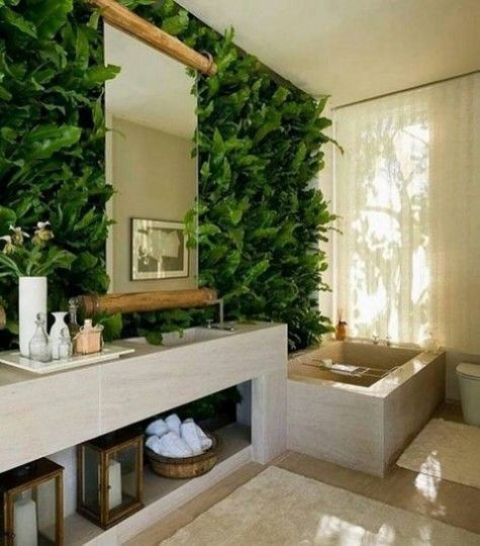 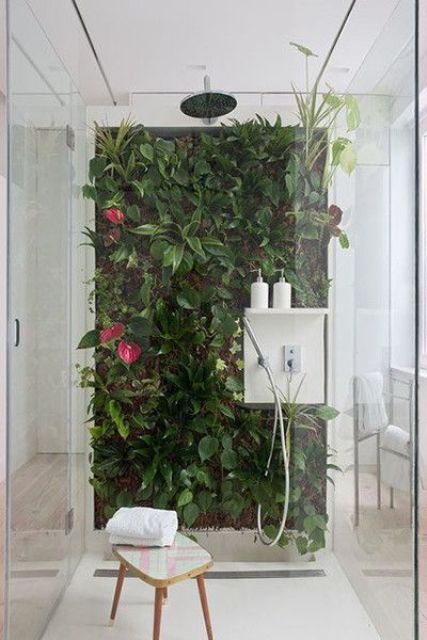 Potted greenery is a chic and simple idea for any bathroom – it’s much easier to add it than to make a whole living wall. Hang it over the bathtub to refresh the space, place potted greenery around the bathtub and inside it to turn your bathroom into an oasis. If you have a shelving unit or some shelves, you may use them for displaying potted greenery. Use your bathtub shelf or corner to place some potted cacti and succulents for a desert feel. 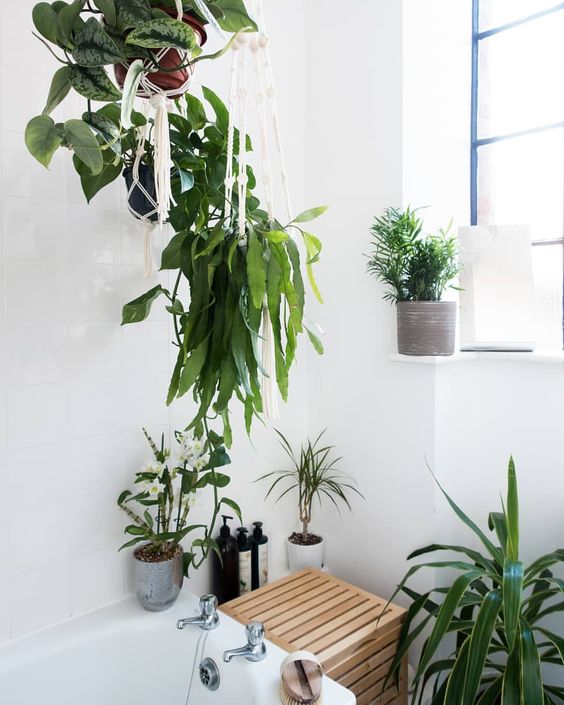 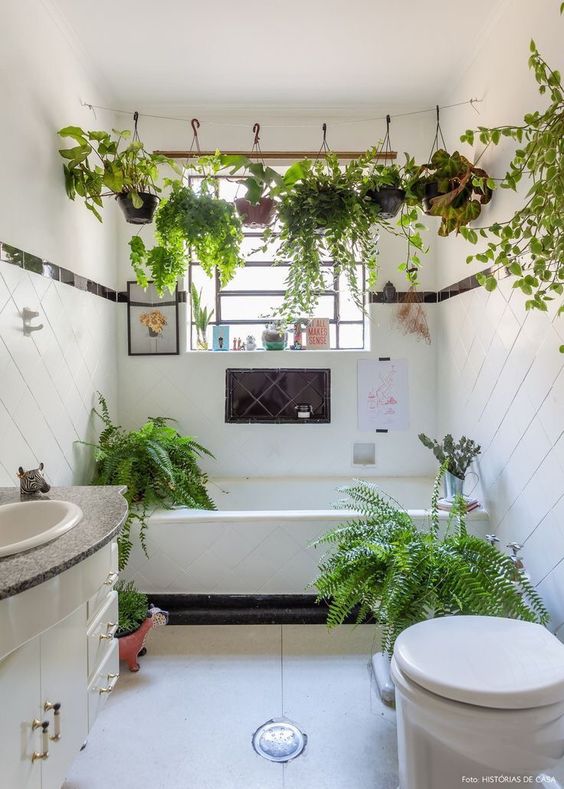 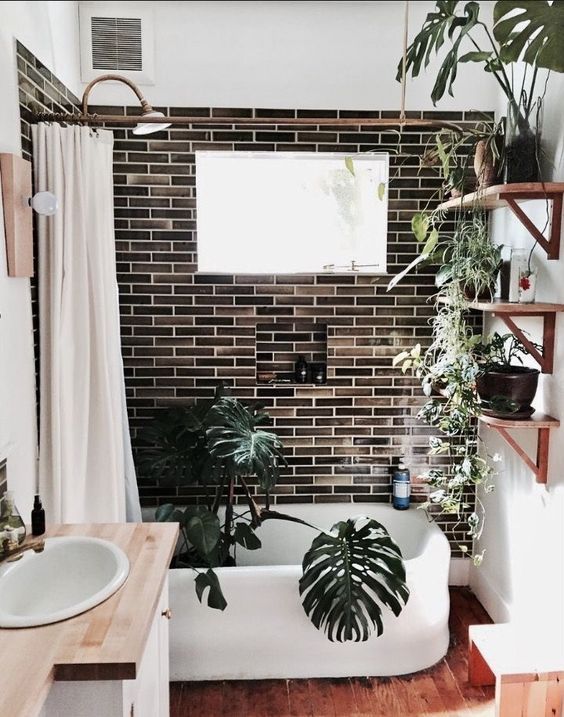 a contemporary bathroom with potted greenery on the shelves and some plants in the tub, too 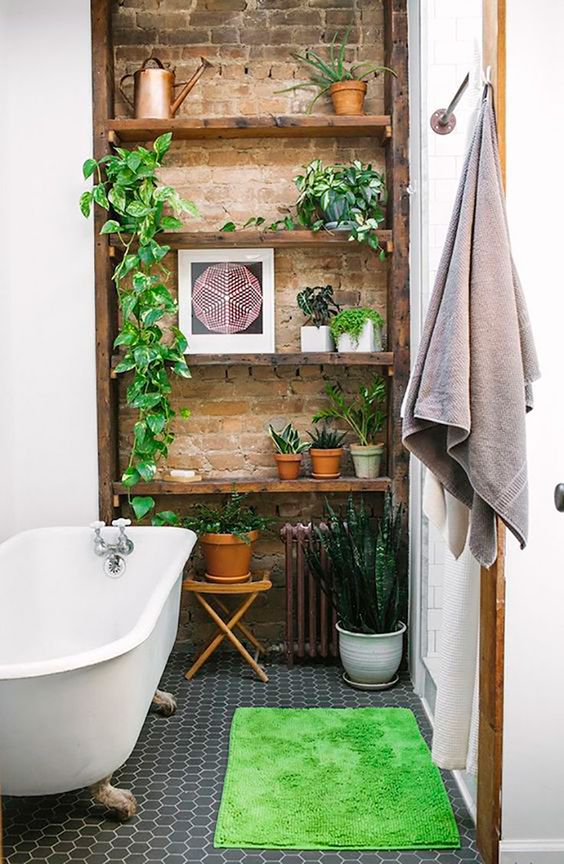 a built-in shelving unit may be used for adding soem potted greenery to your bathroom, put it on the floor, too 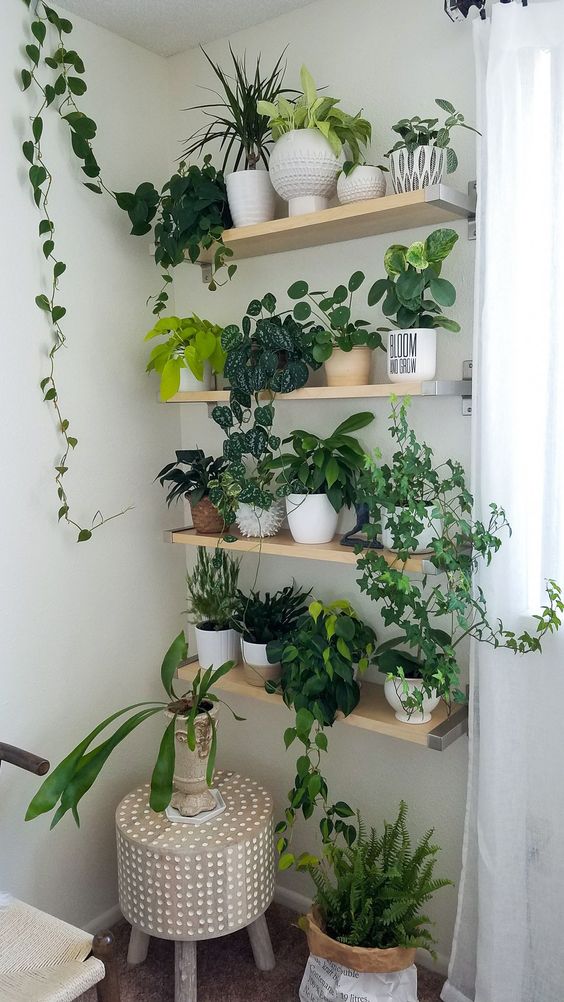 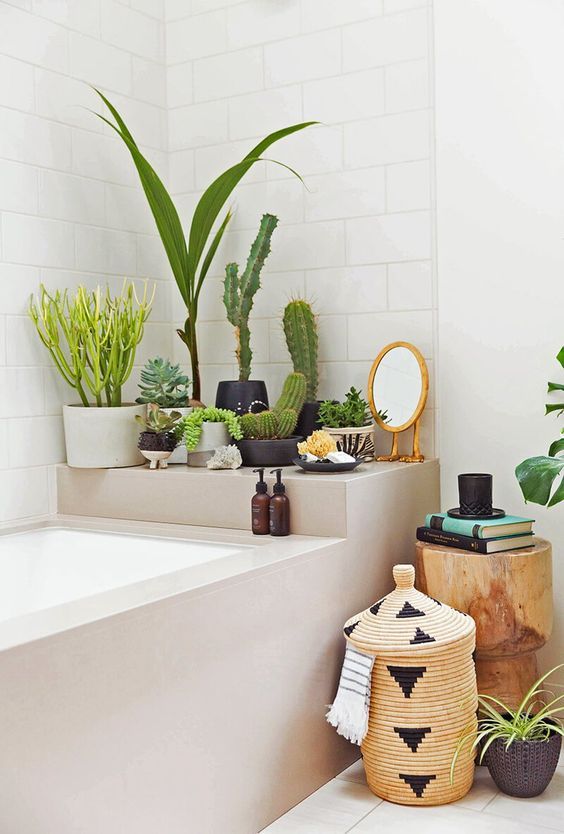 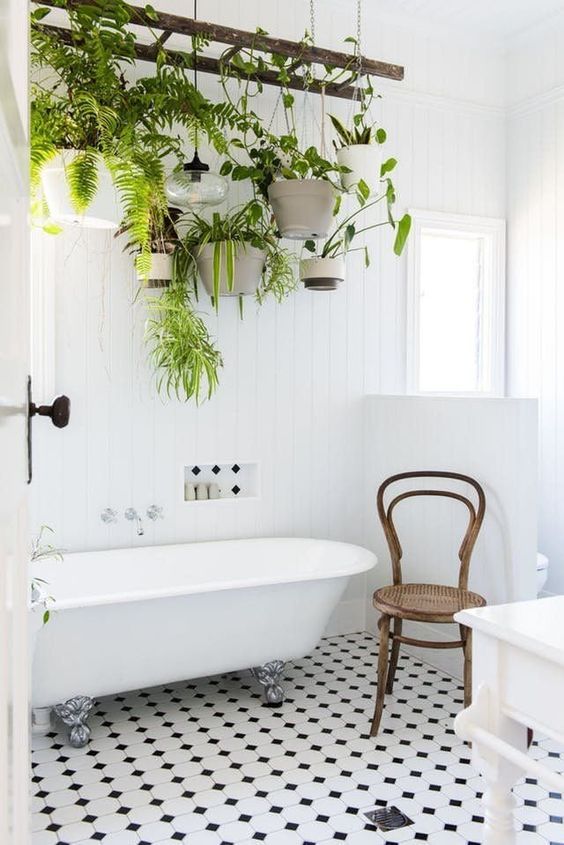 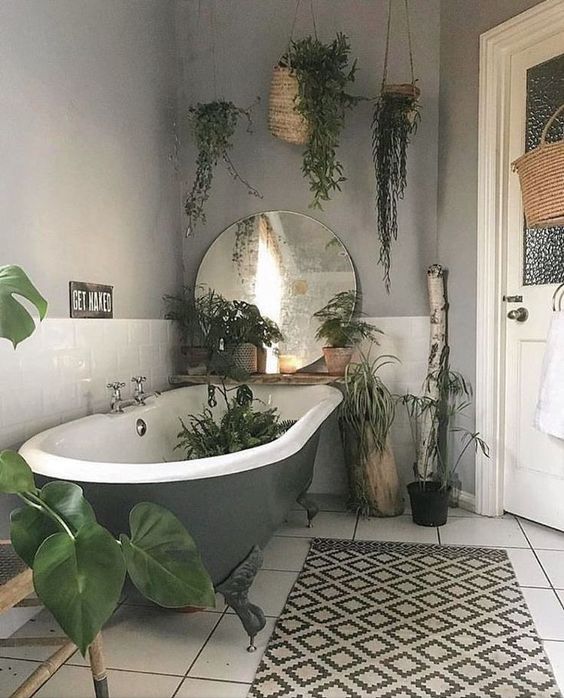 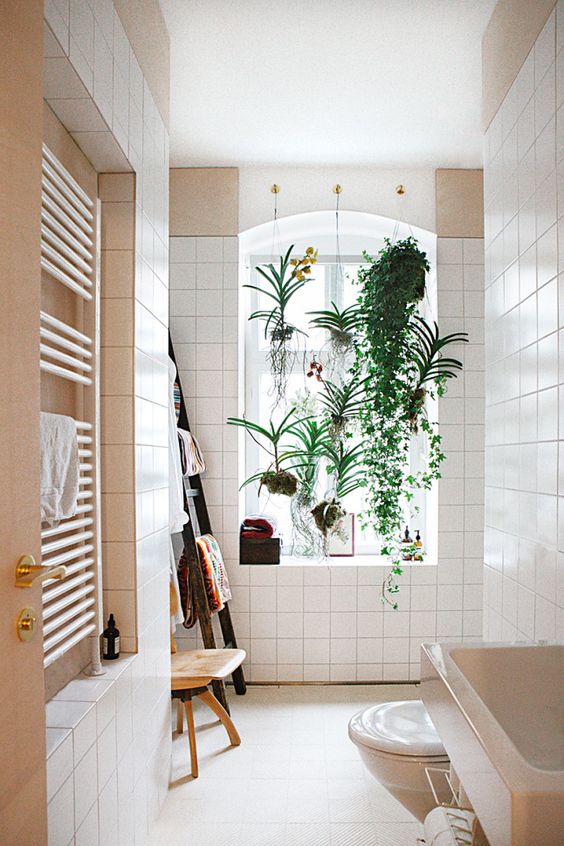 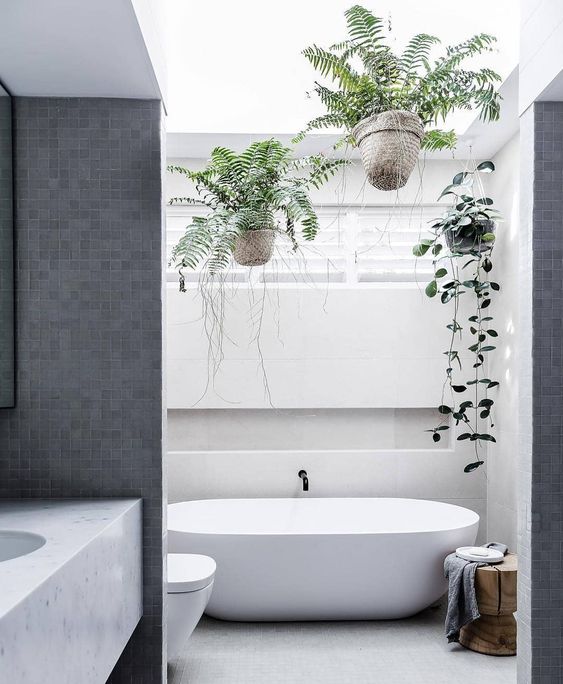 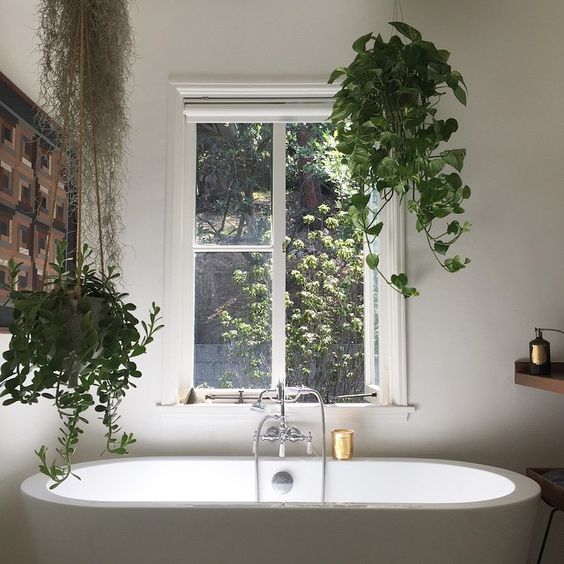 Fresh bloom arrangements are ideal to make your bathroom very airy, fresh and spring-like. Consider the style of your bathroom and add the blooms you want: a large king protea, some lily-of-the-valley, some lilac or anything else you want. Of course, you’ll have to change them rather often but you’ll enjoy the special feel and your bathroom will be like a spa. Tillandsia in your shower is an amazing idea: it requires no soil, which makes it a very clean idea, and it will be alive thanks to shower water. 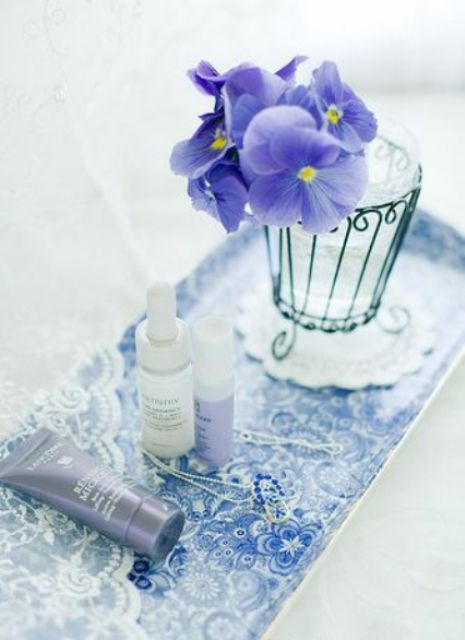 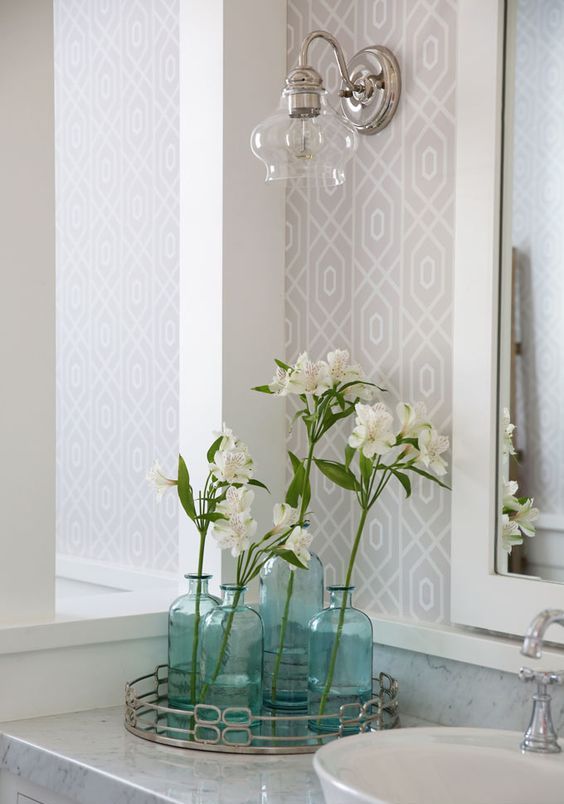 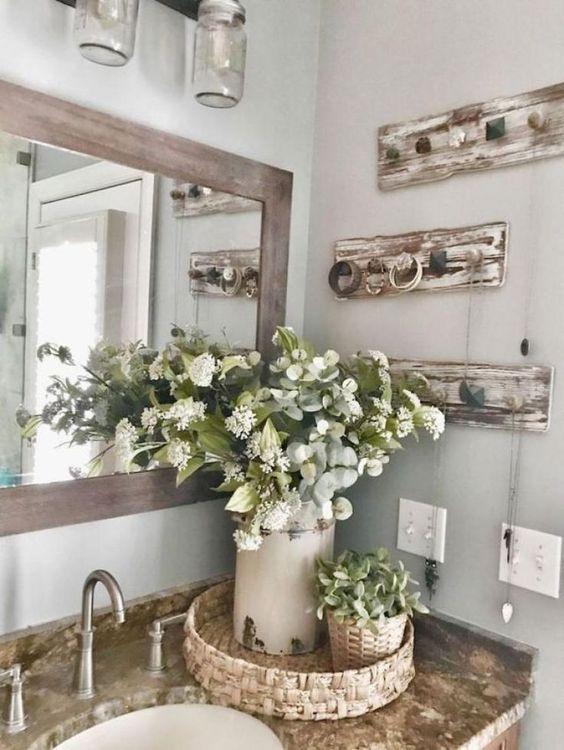 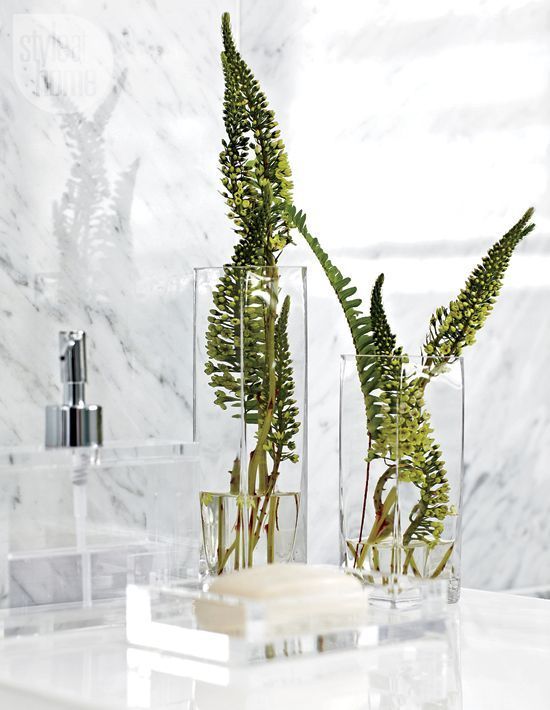 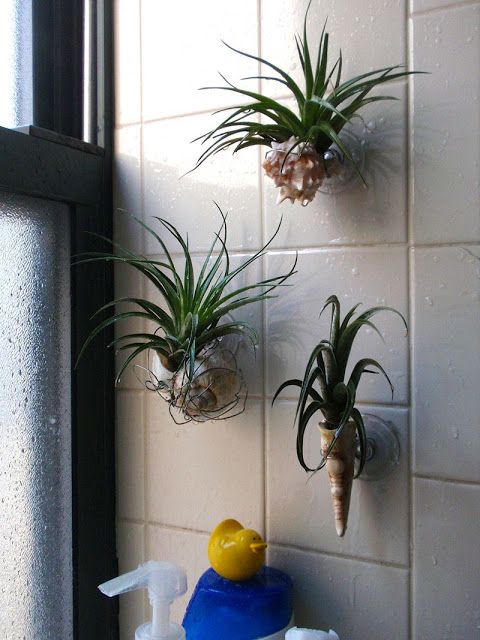 tillandsias in seashells attached in the shower are a cool idea as they need no soil, only water to live 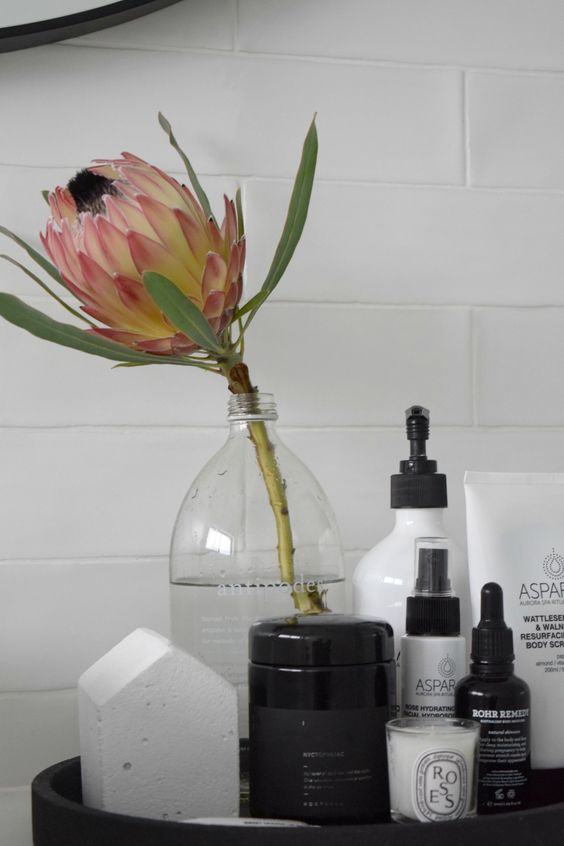