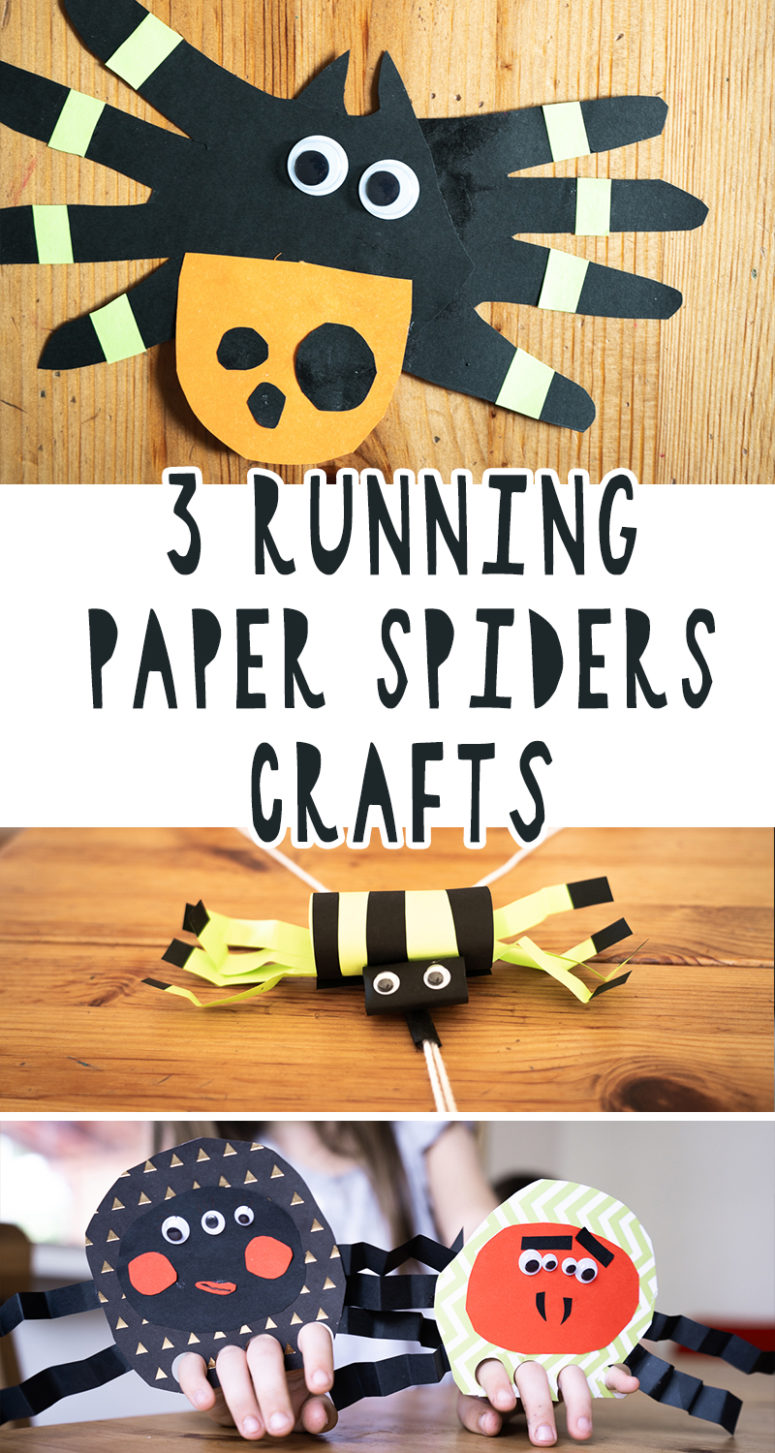 The key to success with a good children’s crafts is simple, it should be quick and fun. 3 running spiders from colored paper are just like that, making them is simple and fast, and then playing with them is very cool. A paper spider from children’s handprint will help to train motor skills, not only by circling the palms, but also while playing with it. If you make two such spiders, then you can even arrange a competition – spider races. A spider finger theater is easy to make with your own hands, too, you can play the whole story with them. And the last third spider made of colored paper will not leave anyone indifferent and will carry away the children for a long time. Try and save these children’s paper crafts, and you will have excellent DIY spiders ready for Halloween.

A Spider From Kids’ Palms

Spiders Running On A Thread

Video Showing How To Make These Cute Paper Spiders