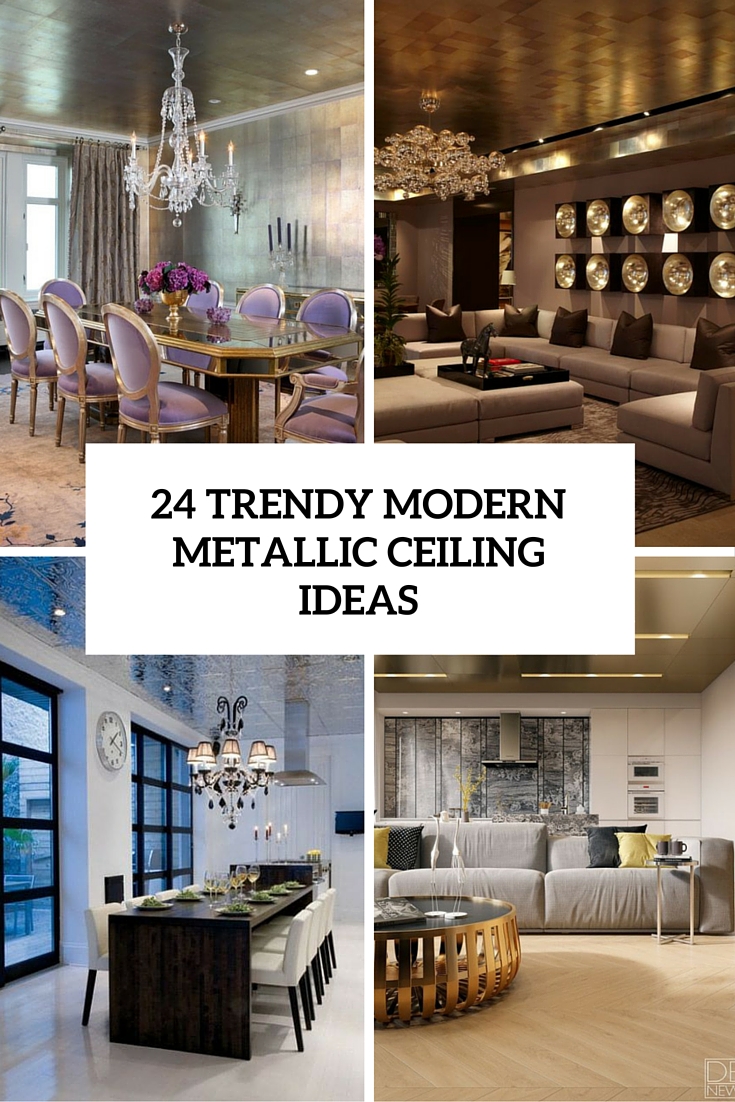 Metallic décor is very popular now, brass, copper and silver accessories and decorations can complement any interior, from vintage and retro to modern and minimalist. Today we’ll have a look at a very uncommon idea to rock metallic accents in your interiors, and these are metallic ceilings. A metallic ceiling is a cool idea to make a statement and highlight any interior, you may choose brass, silver or copper ones to match you décor. A brass ceiling can finish up a refined and luxurious living room, an aged copper ceiling can add character to a kitchen or bathroom, and a light silver ceiling looks great in minimalist interiors.

How To Make A Metall Ceiling?

The first idea is to use special wallpapers or tape, just attach them to the ceiling and voila! Another idea is painting your ceiling with metallic paint, it’s easy and everyone can do that. Besides, you can use special metal ceiling tiles and panels but they are usually more popular for commercial interiors. Covering with gold or silver leaf is also cool and not very difficult, so consider this idea, too.

So, basically, there are 3 types if speaking about the color: brass, silver and copper. You may also add metallic decorations to a usual ceiling, for example, metallic stars for a nursery. You may go for an aged metallic ceiling, it looks not that polished and a bit rusty but totally awesome for any vintage-inspired or retro interior. Mixing metallic with various other colors, for example, white, is another cool idea, and white refreshes brass and copper perfectly. A metallic ceiling can be patterned and sculptural, it looks incredibly sophisticated!

Get inspired by the ideas below and by really awesome ceiling design ideas we’ve shared before! 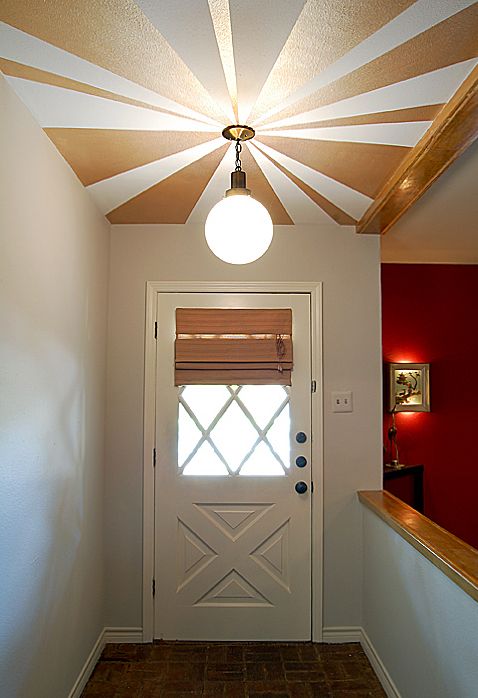 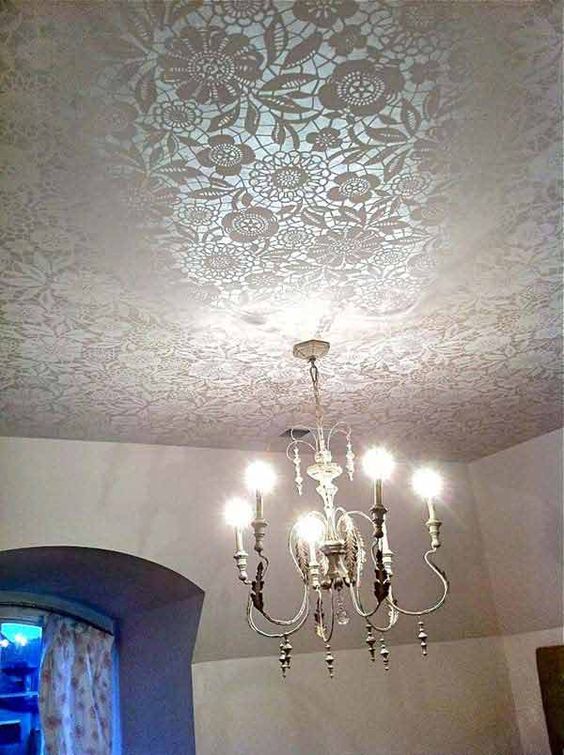 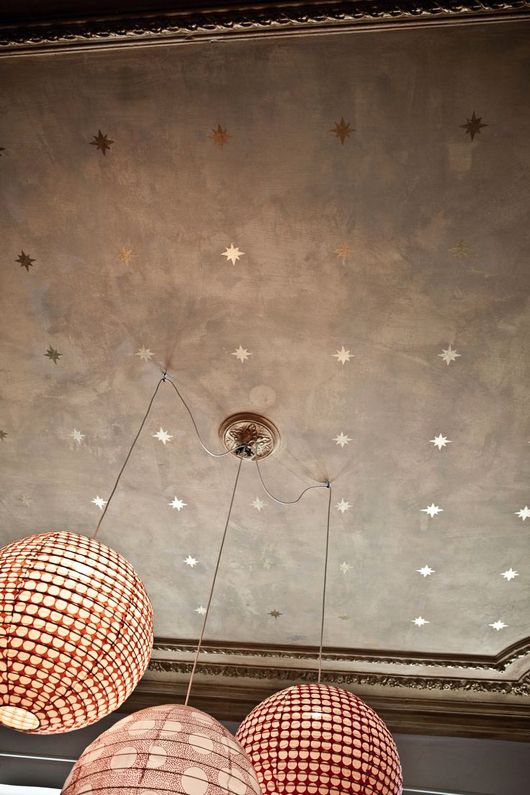 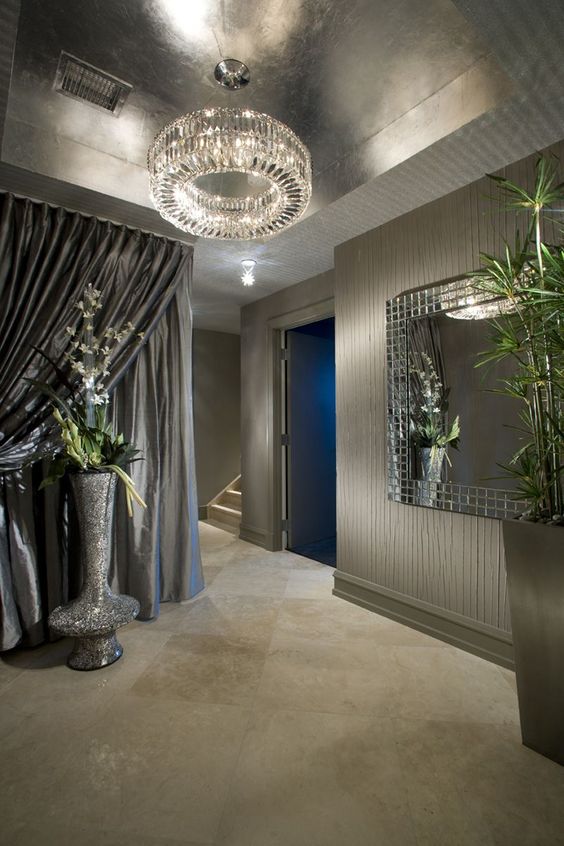 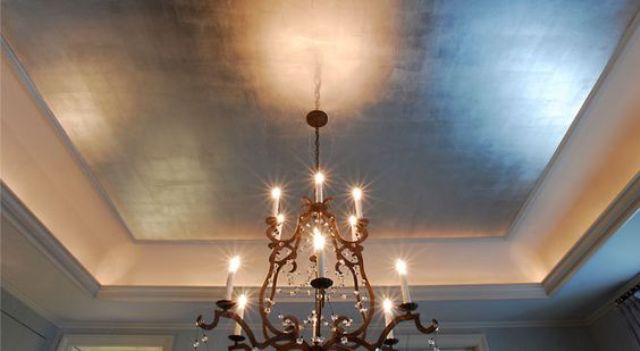 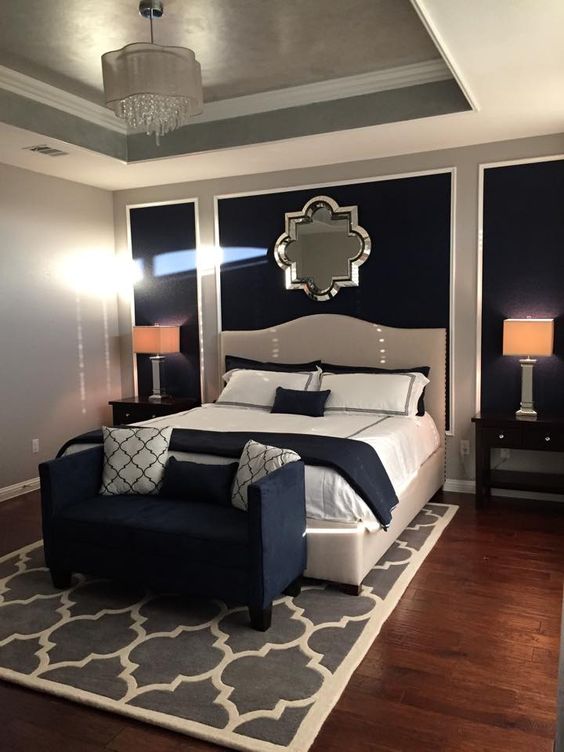 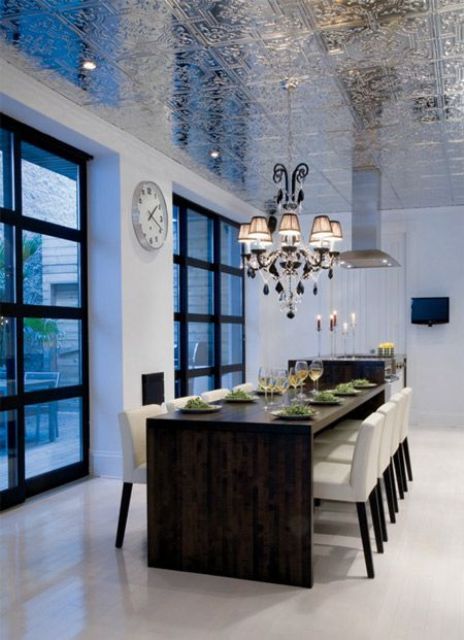 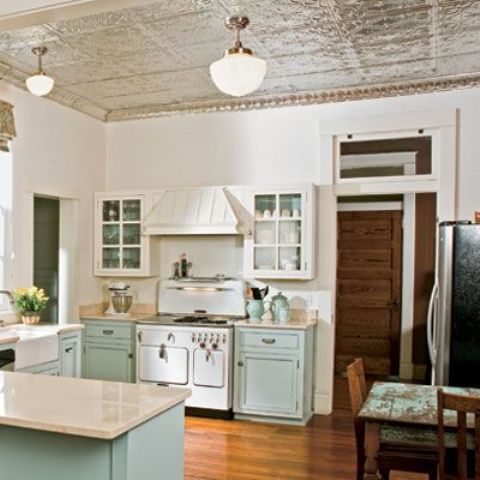 patterned copper ceiling in the kitchen 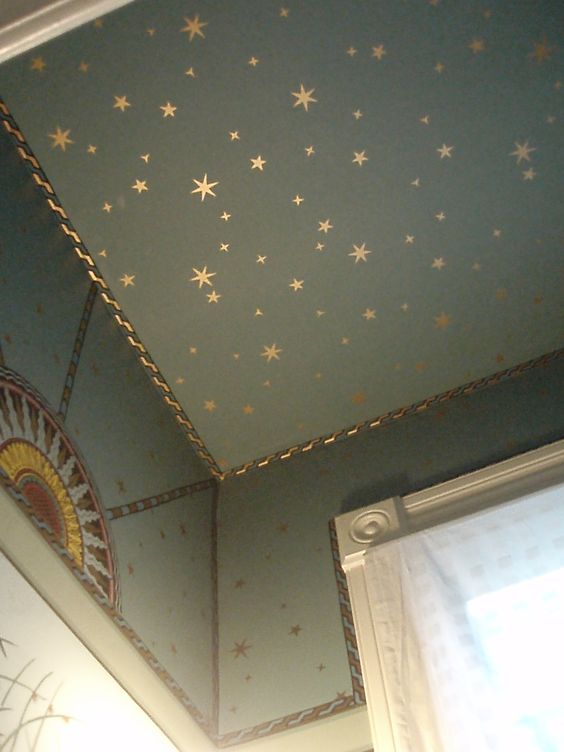 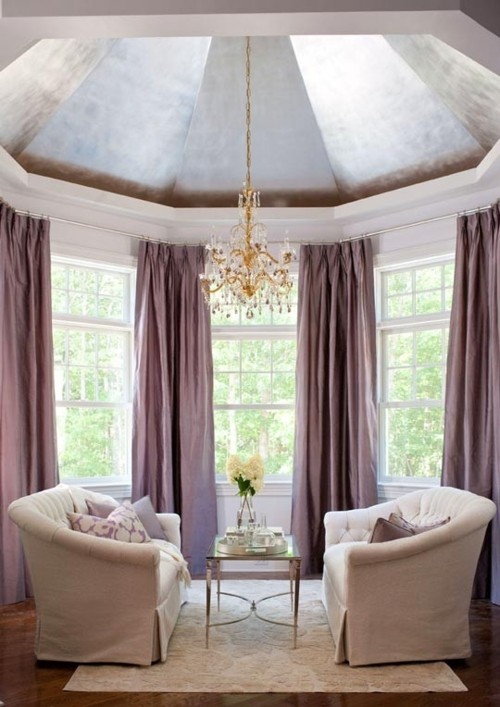 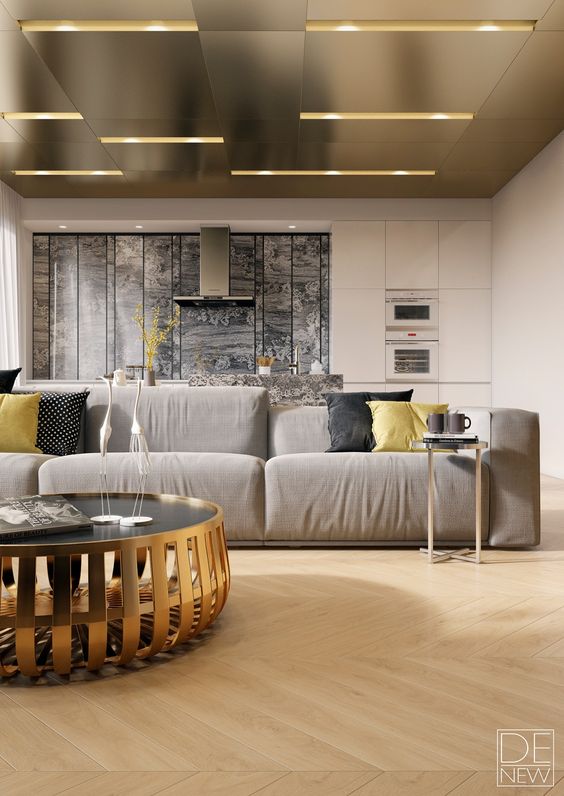 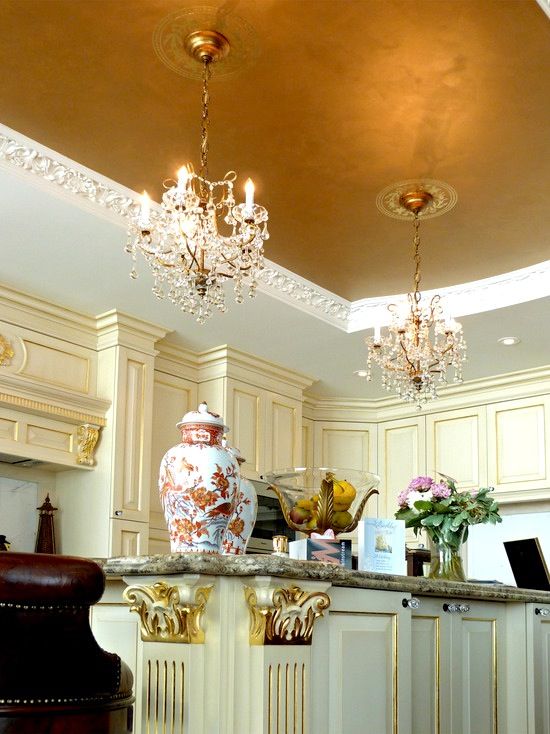 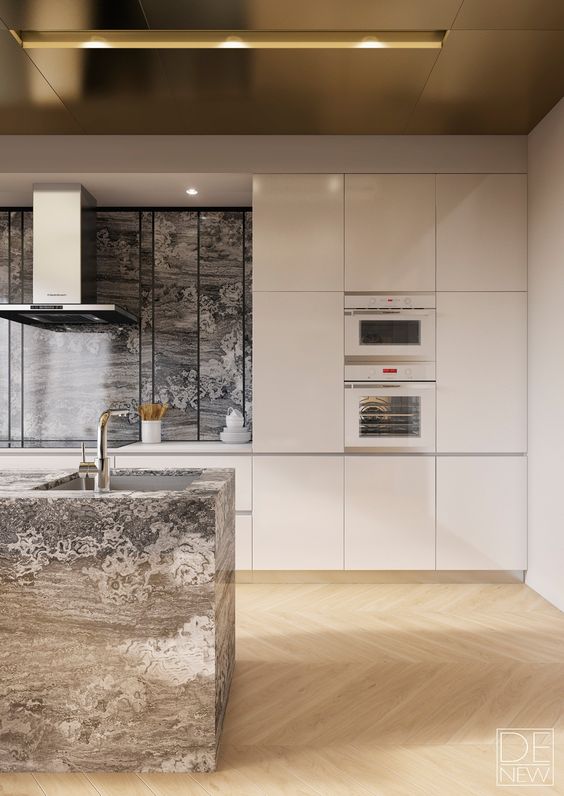 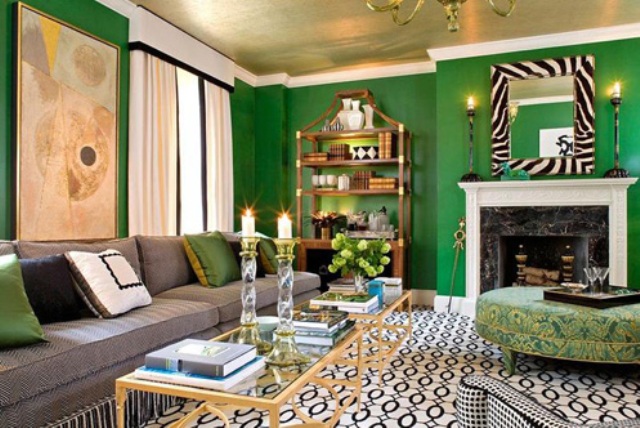 gold ceiling for a living room 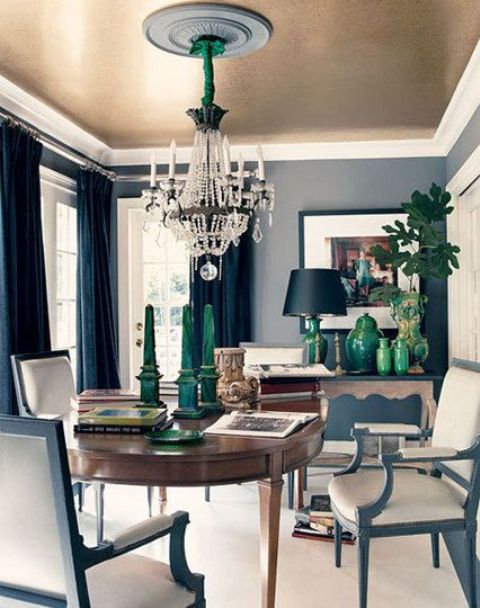 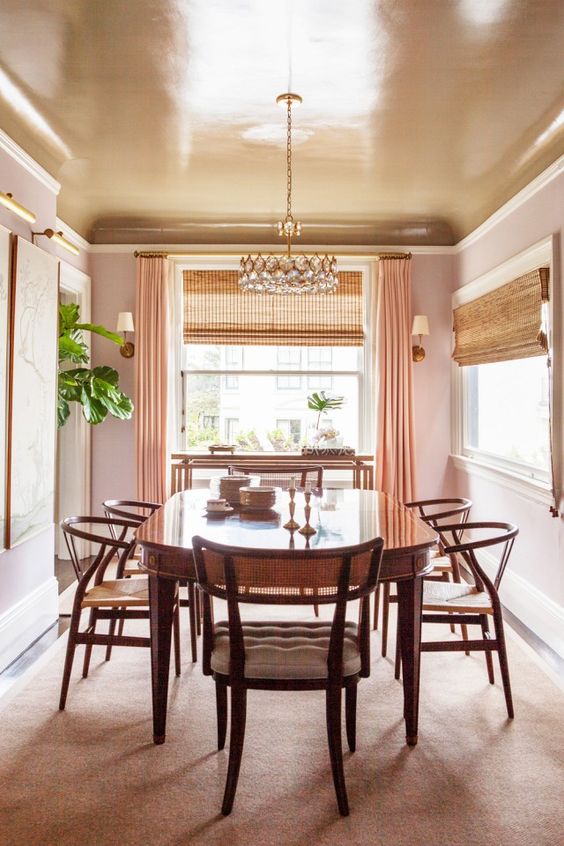 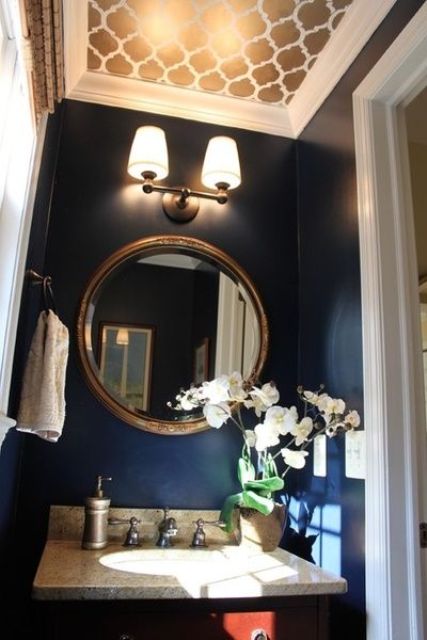 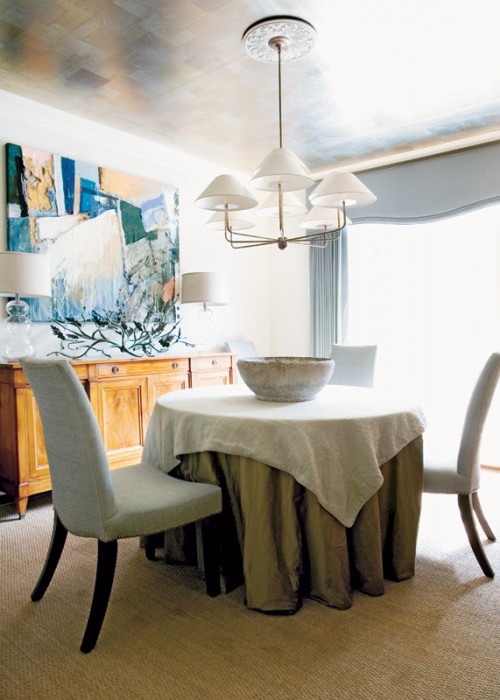 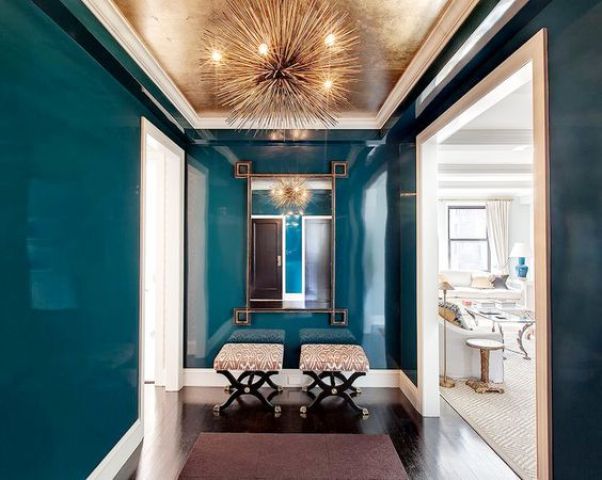 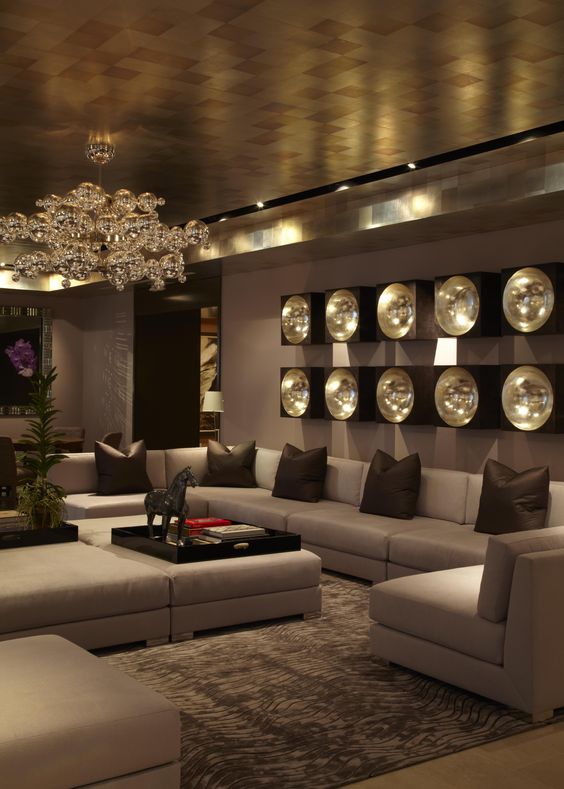 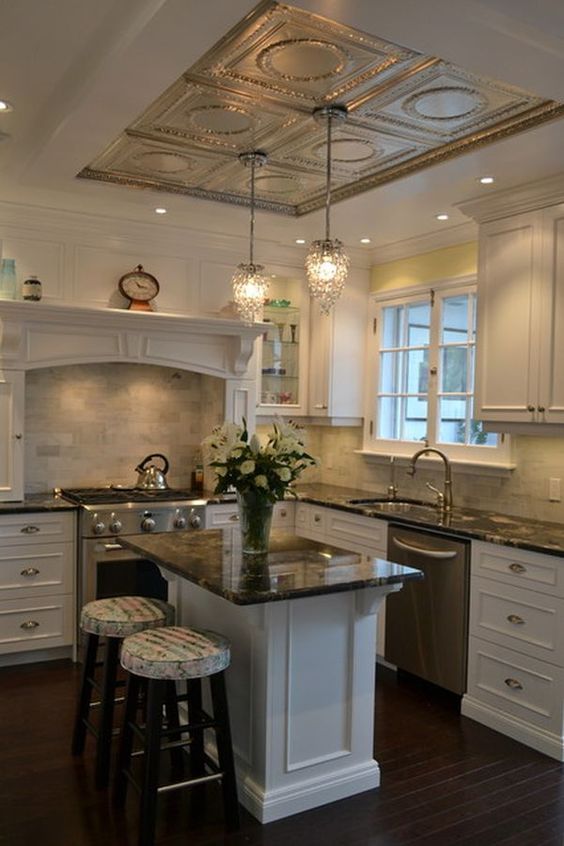 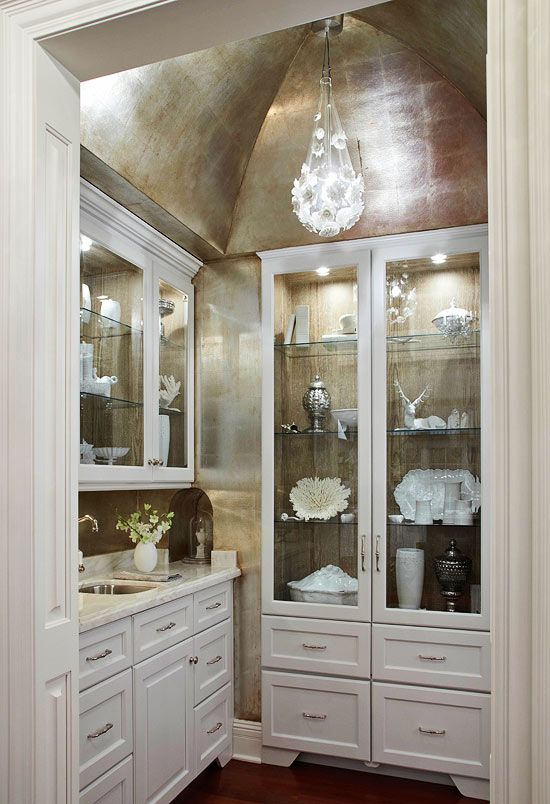 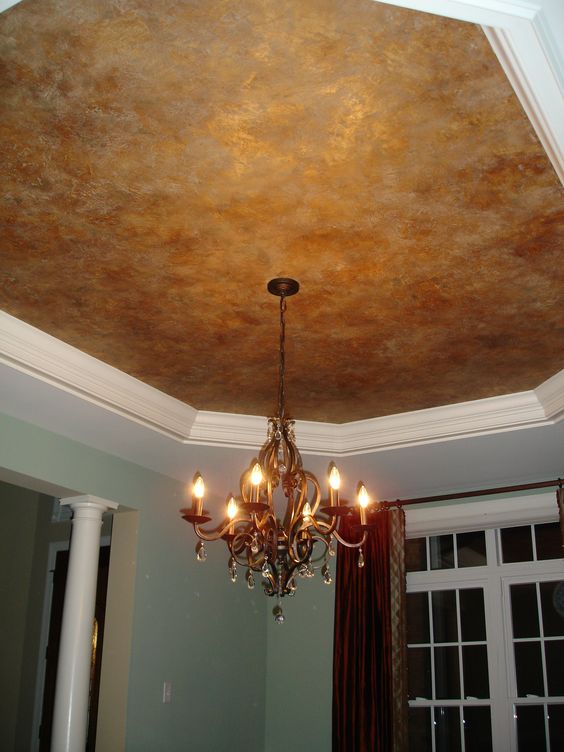 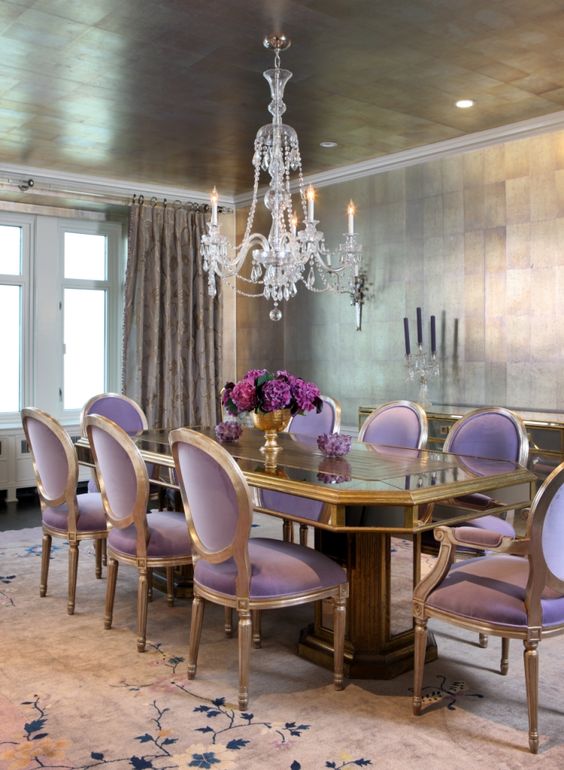