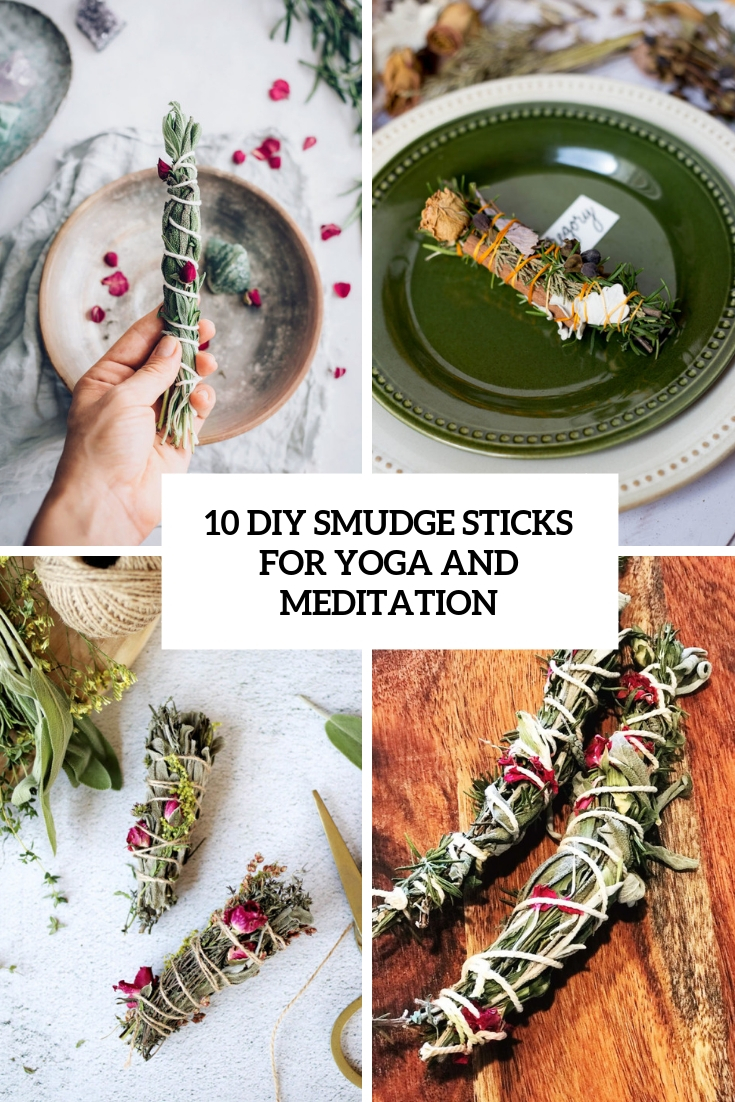 Tracing back its origins to ancient cultures such as the Native Americans Indians, smudging cleanses energy through the use of something called a smudge stick. When a smudge stick is burnt, it gives off resinous smoke that burns up toxic energy, restoring people and places back to harmonious balance. Benefits include an increased sense of calmness, well-being, mental clarity, confidence, optimism, and physical vitality.

Smudge sticks today are a means of bringing some scent into the space, they are used before meditation, yoga practice and to relax, they are all-natural and may bring summer, spring fall or winter scents. We’ve gathered some easy to realize smudge sticks that will fill your home with natural scents, go for aromatherapy!

Wanna make your own smudge stick? It’s important that you use organic grown herbs or flowers that haven’t been sprayed with pesticides (for obvious reasons). Growing your own herbs is very simple and inexpensive. Not only that, but they give you an endless source of natural food seasoning and material for DIY smudge sticks! Read the tutorial to find out how to continue making one. 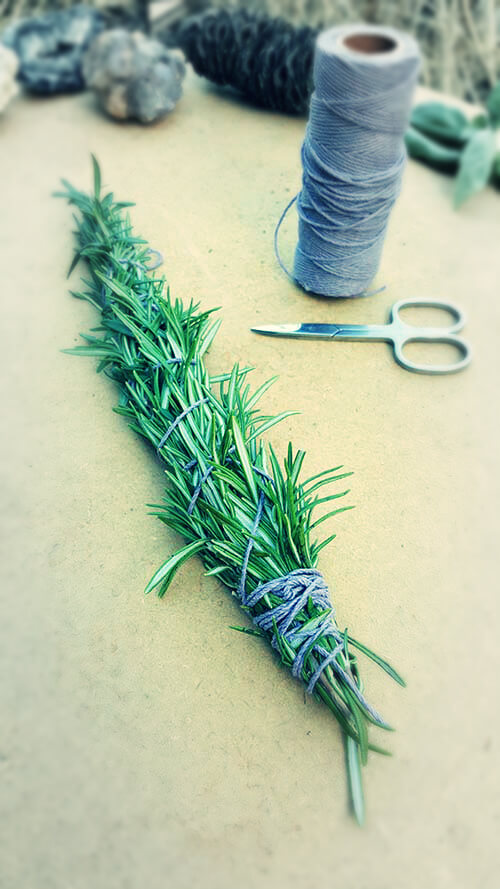 DIY easy smudge stick of one type of herbs (via lonerwolf.com)

Smudge sticks are derived from Native American culture, where they were used in ceremonies to cleanse and bless people and places. The sticks are usually made up of dried sage but can be made with many other combinations of dried herbs and flowers like lavender, rosemary, thyme, or any other scents you prefer. When smoldering, the sticks give off a rustic aroma that’s calming and pleasant. You can make smudge sticks using bundles of both dried and fresh herbs and flowers. It’s a little easier to work with fresh because the stems are less brittle so you can really work it into any shape you like but dried has its benefits too! Get inspired to make some reading this tutorial. 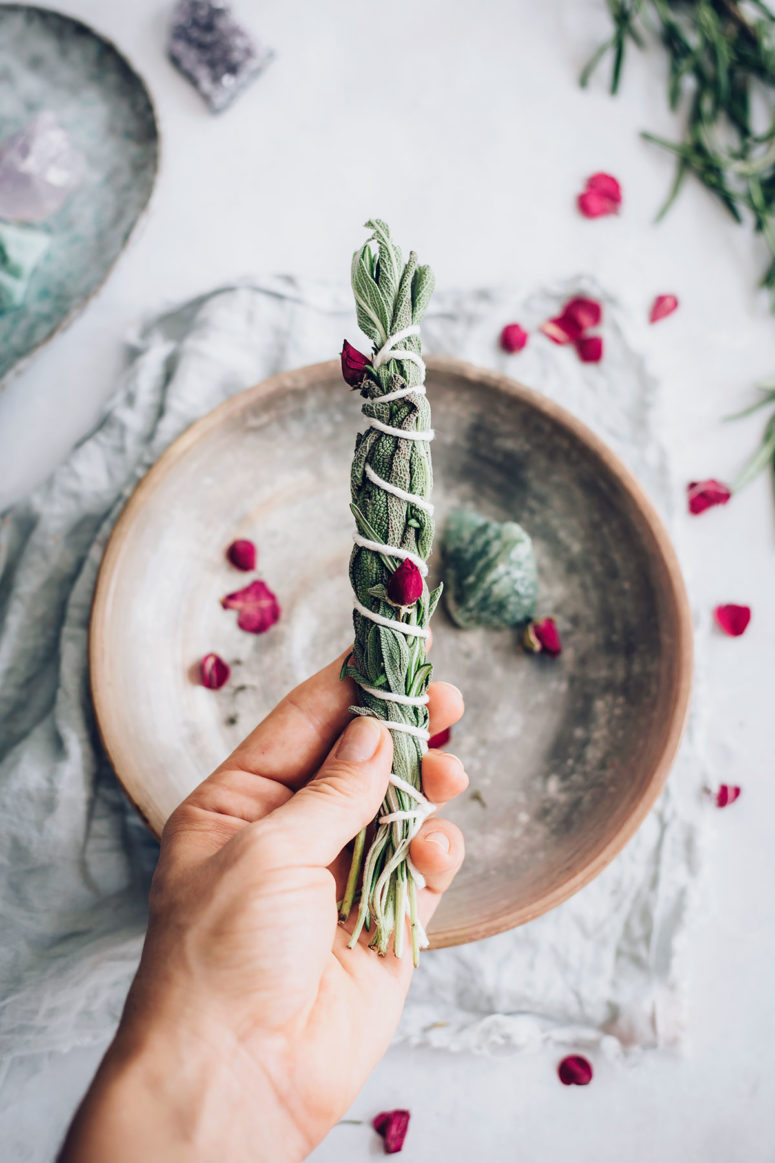 Autumn is the perfect time for collecting materials for winter diys. In this little project you could use about anything with a good fragrance. Smudge sticks were traditionally used to cleanse rooms/houses from negative energies. Simply use them as room scent (and if they remove bad energies, that’s a bonus). Read how to make a cool aromatic smudge stick in the source. 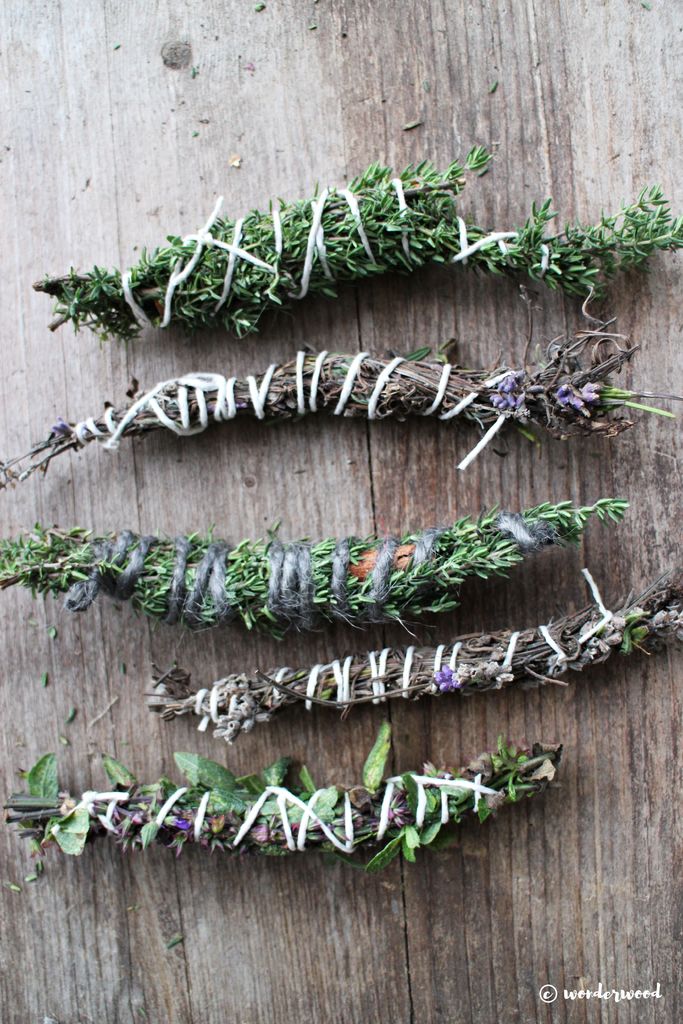 It is nice to smudge before/after healing practices like yoga, meditation, self-love rituals, after an argument, when you move to a new living or working space, before a special event, whenever you feel down or are surrounded by stagnant energies. You can smudge daily, weekly or simply when you feel like it. Read how to make a cool smudging stick in the tutorial and enjoy! 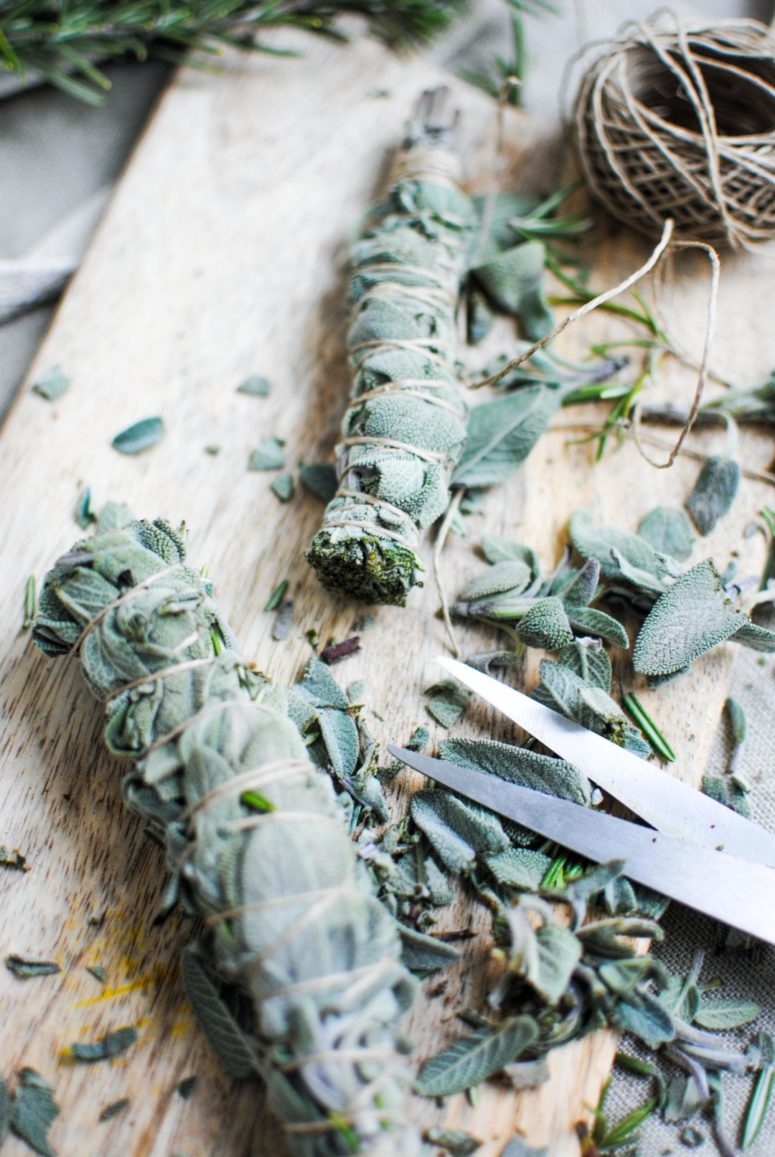 Smudging is the act of burning special healing herbs as part of a cleansing ritual to clear energies, air or a physical space. It’s very easy to make your own smudge stick-here’s how to do it! Read the tutorial and get dried herbs prepared for cleansing the space. 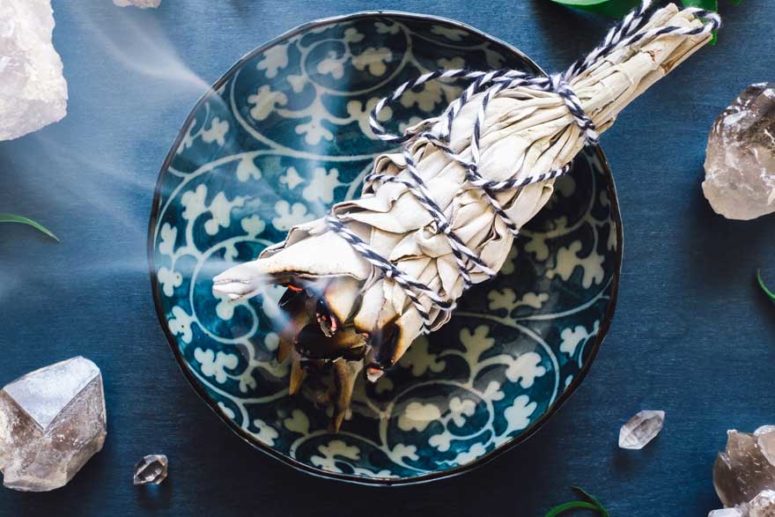 The act of creating your own sage smudges can be a meditation in itself, so you can make one or several ones that look Instagram-worthy. These are floral bundles but all of them have nice benefits for body and mind, plus as I said – they look cool! Get inspired! 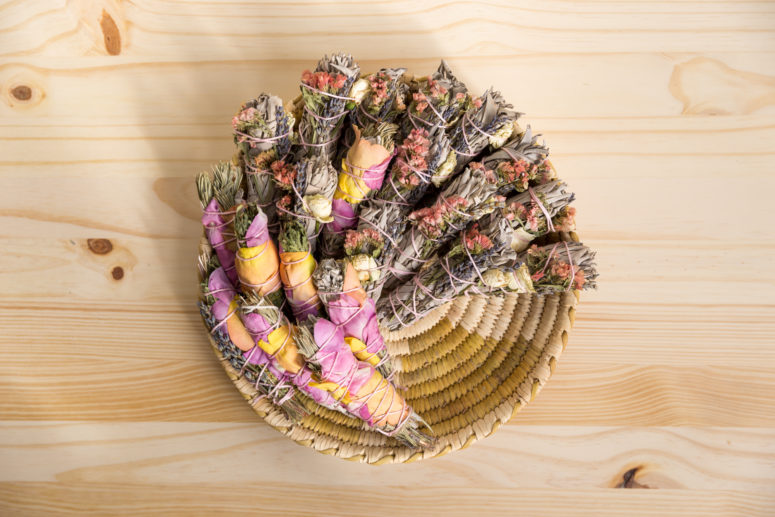 A smudge stick, or sage stick, is a bundle of dried herbs that are burned as part of a cleansing ritual. This tutorial will tell you how to make such bundles. Be sure that the herbs you’re using are organic, we don’t want to be burning a bunch of chemicals.  Same with the string, cotton will burn cleanly.  You may want to use kitchen twine if you’ve got some of that on hand. 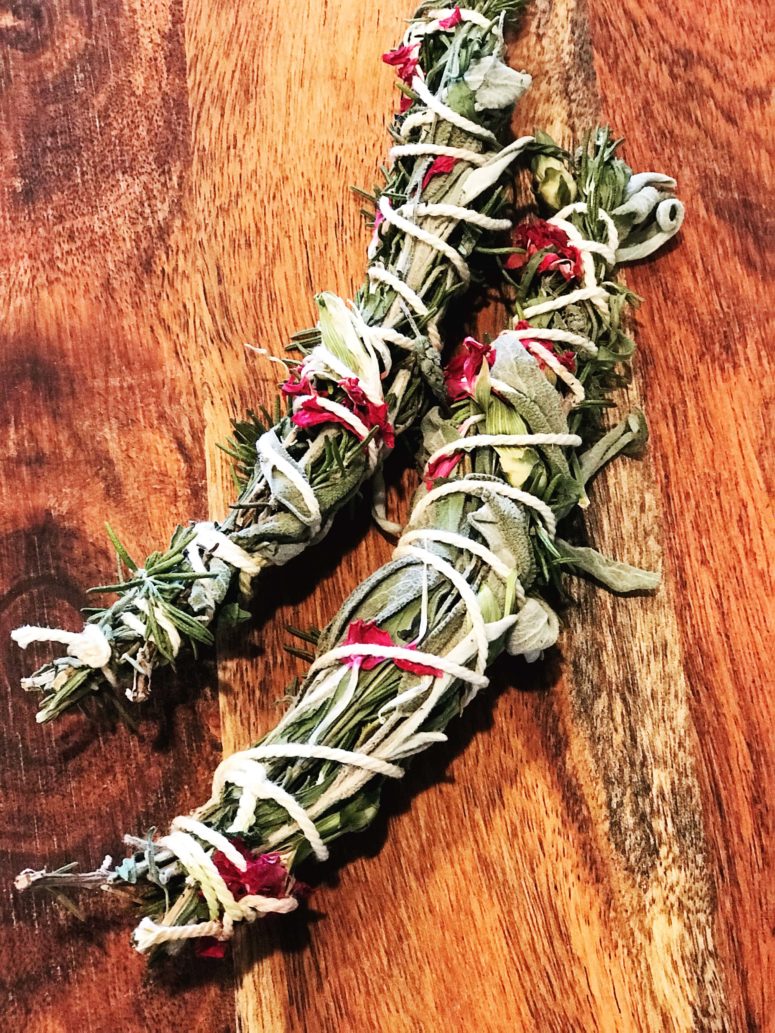 Rosemary and cinnamon bundles can be used as name holders. They’re inexpensive and really such beautiful souvenirs! Traditionally smudge sticks come from the Native American tradition of cleansing a house. They are made up of dried herbs and leaves and bundled together then lit to produce a positive-energy smoke. This tutorial will tell you how to make such bundles a bring a fall feel to the space. 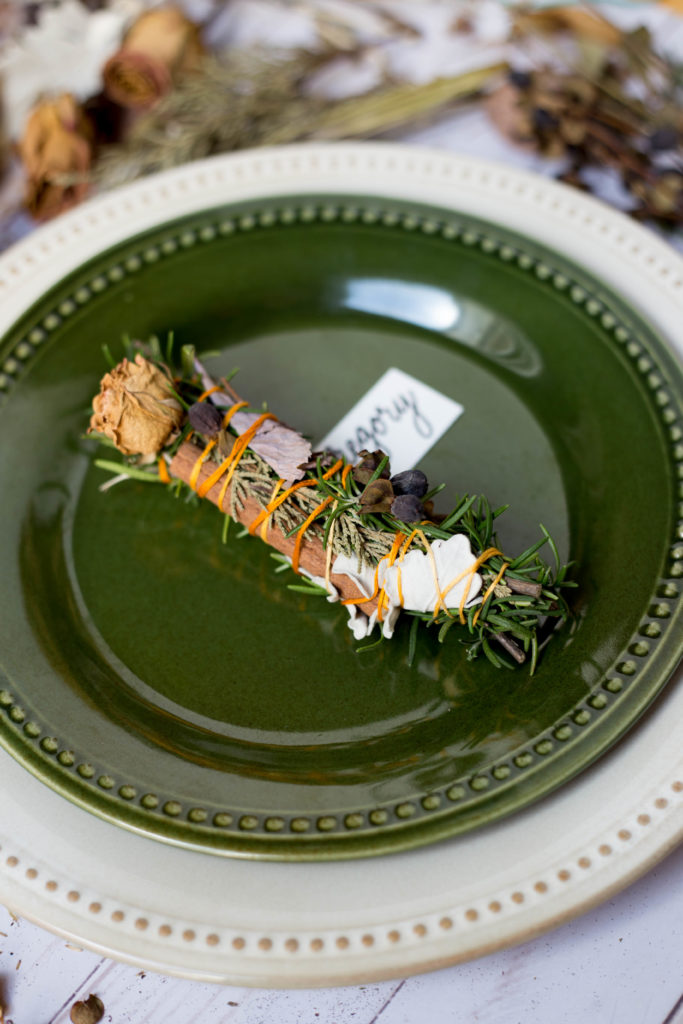 Spring is usually thought of as cleaning season, but fall is often just as good, if not better, for fresh starts. Smudging uses handheld bundles of dried herbs and flowers, which are then bound in twine and burned. The smoke is said to help purify the air and invite good energy into the home. It’s also a great way to put those herbs leftover from the summer growing season to use. There are lots of different herbs traditionally used for smudging, read this project to find out a cool herb setup for body and mind.

This smudge stick creates an atmosphere of tranquility and attracts positive energy. Purple sage is used for purifying and clears out negative energy. Aromatic lavender works in conjunction with the sage to create harmony and positivity. Sweetgrass is used to bring in positive energy after the negativity is released and adds a wonderful vanilla-like scent. Read how to make it and enjoy the scent! 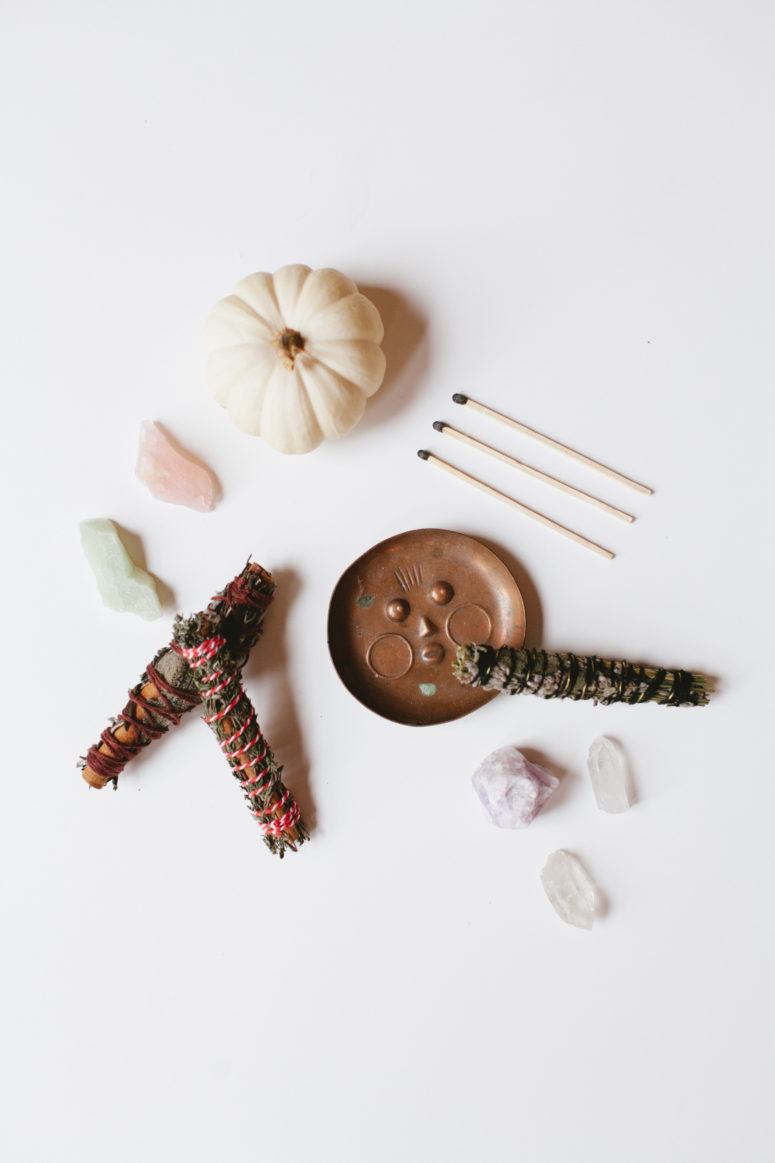