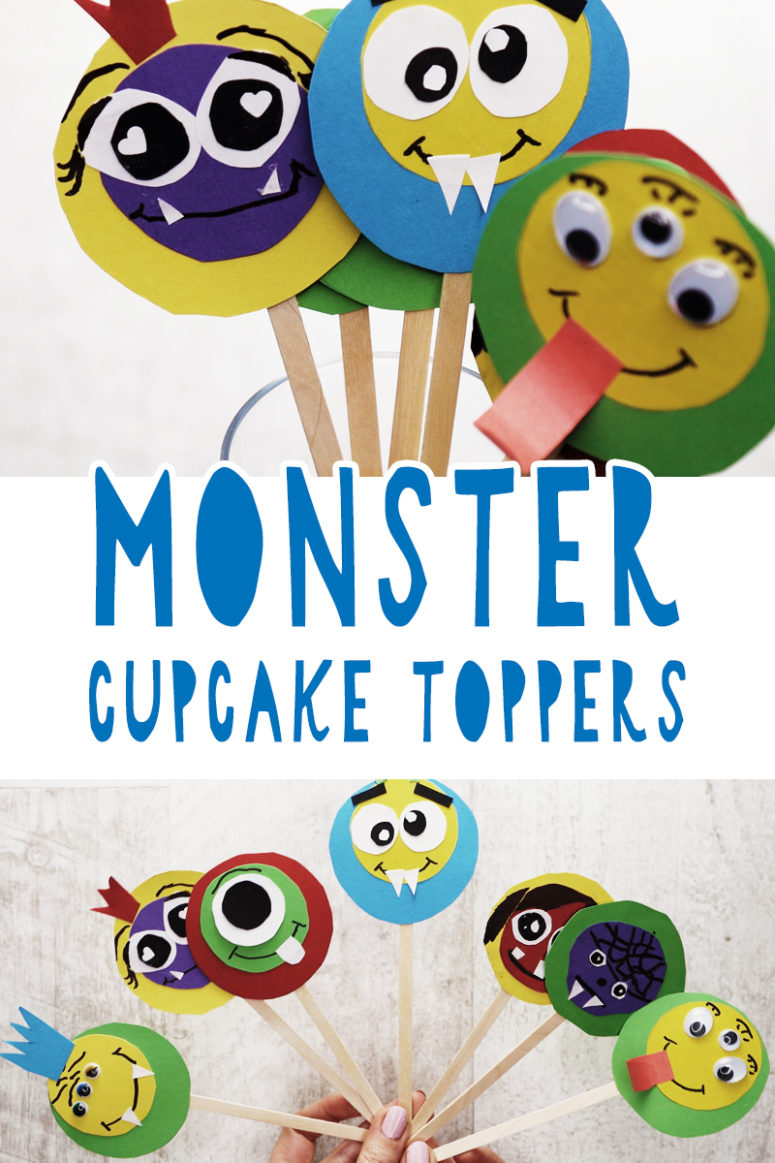 Monsters aren’t always evil, they may be really cute! These funny lovelies will be cool cupcake or cake toppers for a kids’ party, and kids can play with them, too. Such decor will be especially cool for a Halloween party. Let’s start!

Take a red sheet of paper and trace one of the glasses with a pencil. Cut it out with scissors and do the same with the green sheet tracing the smaller glass. Continue with white and black making each circle even smaller than before. You should have four circles of various sizes, take the red one as a base, glue the green one to it, then white and black on top. Take a sharpie and draw a smile. Cut out a small tongue and glue it to the monster you have. Glue the whole monster to an ice cream stick and voila!

Now continue with blue, yellow, black and white paper making two eyes this time. Add eye details and eyebrows of black paper, draw a smile with a pencil. Cut out two teeth of white paper and glue them to the monster’s face; cut out and glue green horns on top of its head. Now attach an ice cream stick and it’s done!