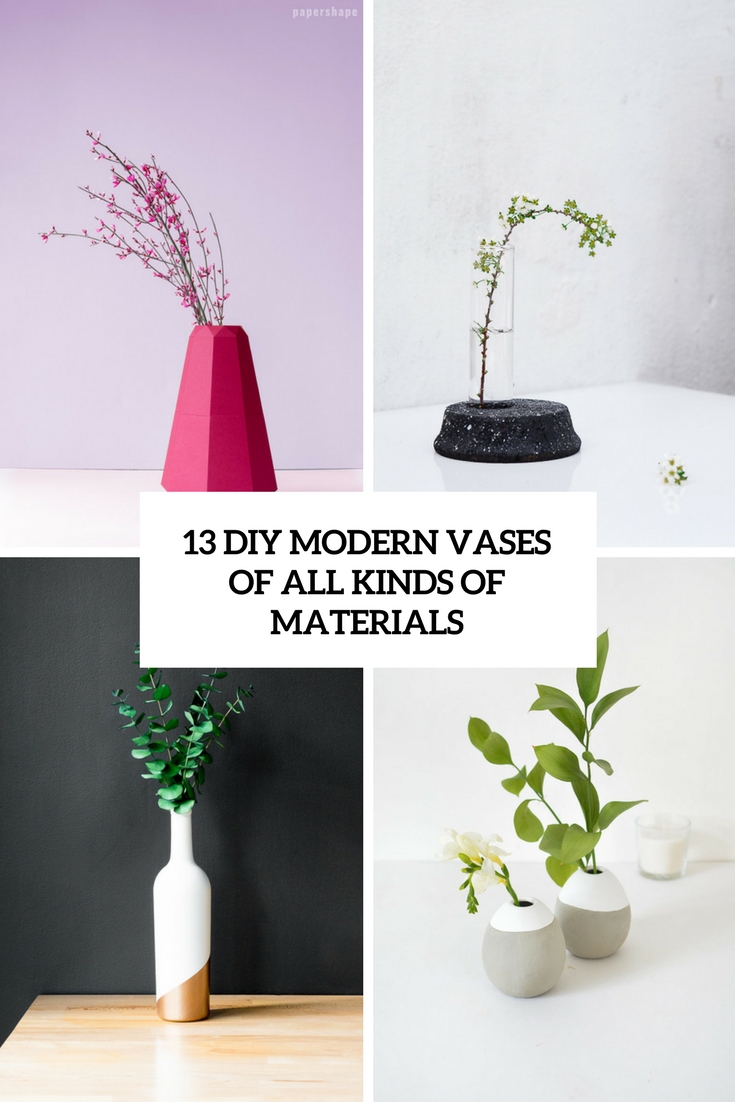 Tired of all those vintage and shabby chic items? Don’t want anything rustic and industrial? Go modern! Modern and minimalist aesthetics will bring an edgy touch to your space and will make it look up-to-date. Such styles don’t require much decor but a vase is always a good idea to have some blooms and branches on display. Here’s a roundup of modern DIY vases that will add to your space, choose yours!

Paper isn’t a popular material for vases for an obvious reason: it can’t stand water. But you cna make a paper cover for a usual vase! Origami is a popular thing and it really brings contemporary aesthetics to the space. Make an origami paper vase to make your home more stylish and then just insert a standard Ikea drinking glass beneath the paper vase – that’s it! Make different vases in various colors to spruce up any glass or tube you have and enjoy. 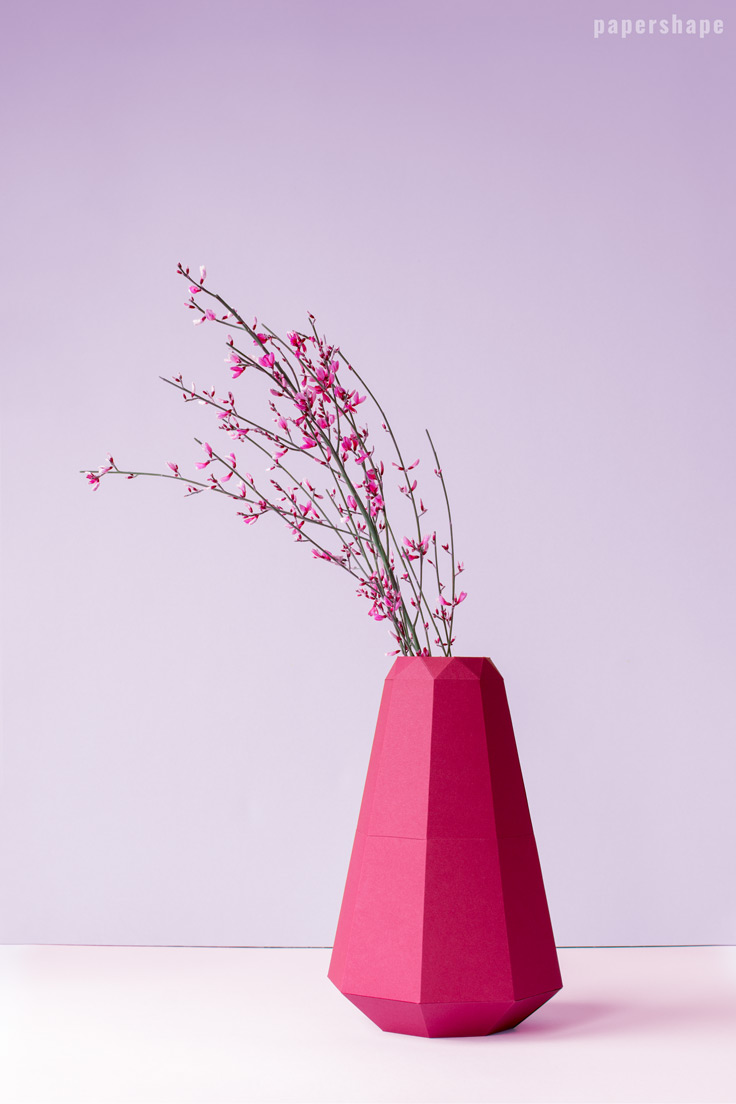 This isn’t just one vase, this is a whole flower display, which is ideal for a modern space. The base if made of plywood or wood and this base holds some test tubes of glass, which act as vases. Paint or simple dip them into paint to make them bolder and put a single bloom or branch into each. Get more detailed instructions on the craft in the source. 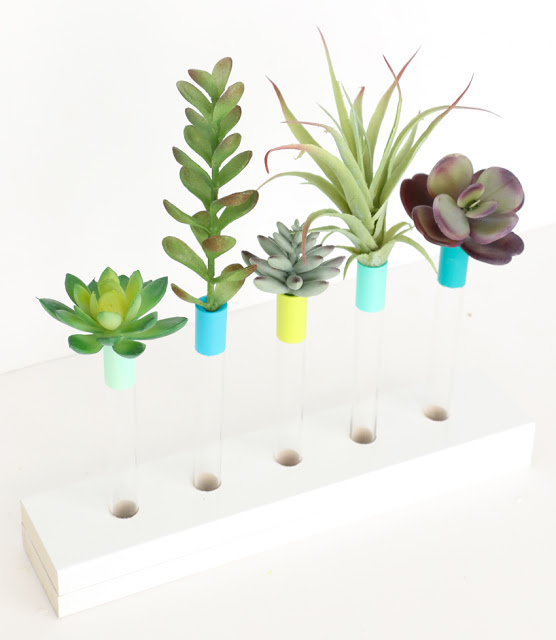 DIY test tube bud vases with a stand (via akailochiclife.com)

Here’s another vase display made of wood and Christmas ornaments that are large enough to hold blooms and branches. The idea is pretty simple and all you need is just some clear glass ornaments and a base to hold them. Paint or leave all the parts as they are – it’s up to you. 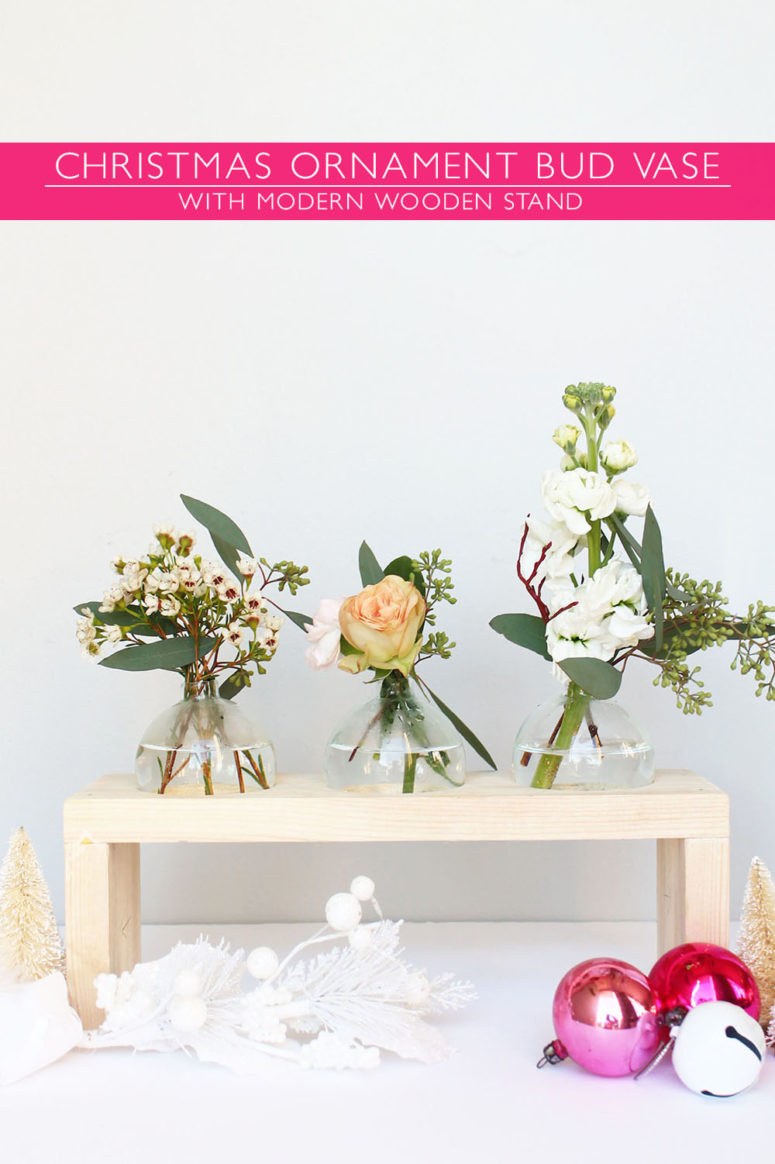 DIY bud vases of Christmas ornaments on a wooden stand (via squirrellyminds.com)

This vase portrays real minimalist aesthetics, to my mind: it’s a cork base with a clear glass vase in it, and base reminds volcanic sand to me. Grab a large cork lid and read the instructions to change it and add a vial glass as a vase to it. It’s ideal for a single large bloom or some greenery and will make your space edgier. 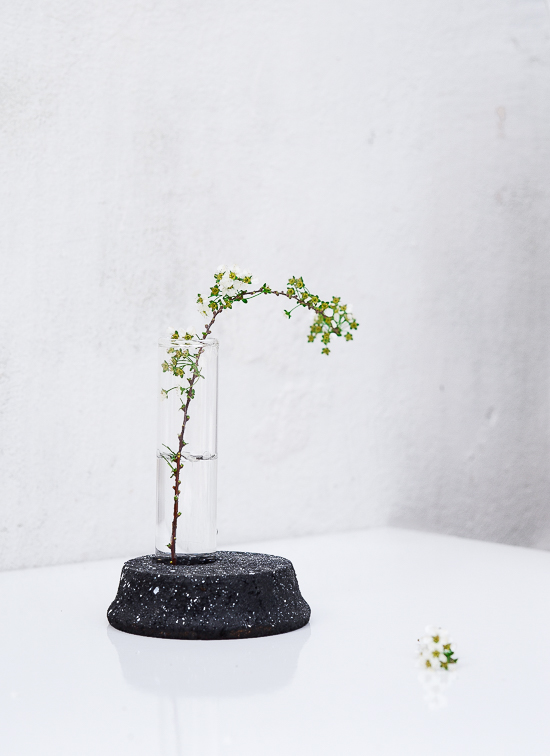 DIY cork and glass vase combo for a minimalist space (via passionshake.com)

More vases on stands! Get a cool clear glass vase and add a concrete stand to it – it’s very stable and you won’t need to make it thick to hold your glass vase. Read how and of what to make such a vase and enjoy crafting! 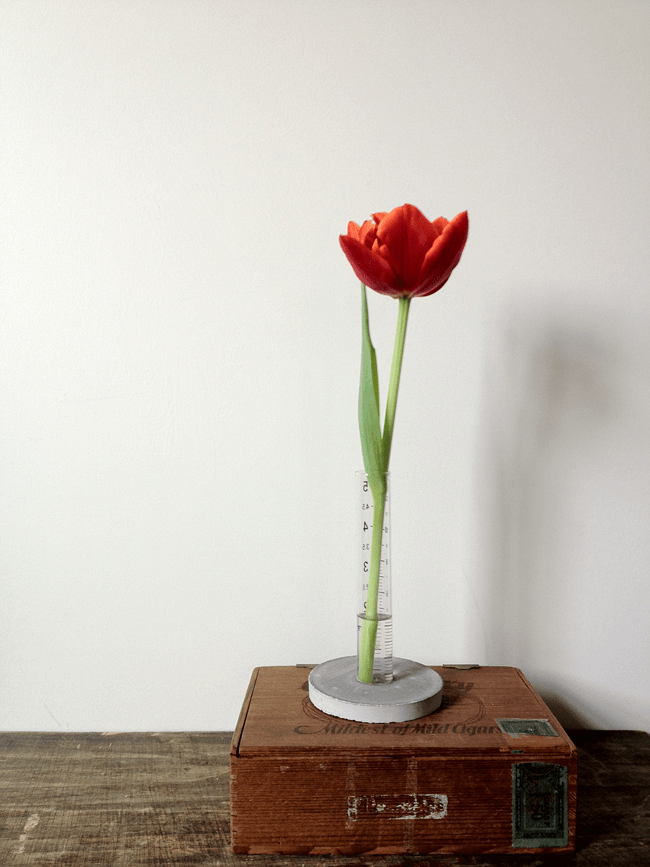 Wine bottle vases are usually rustic or shabby chic ones but this time we’ve found a pretty modern piece for you! This is a stylishly painted bottle vase in copper and white, with a diagonal line on it. Such a vase is a chic solution for any space, and any blooms and greenery will look awesome in it as it’s rather universal. 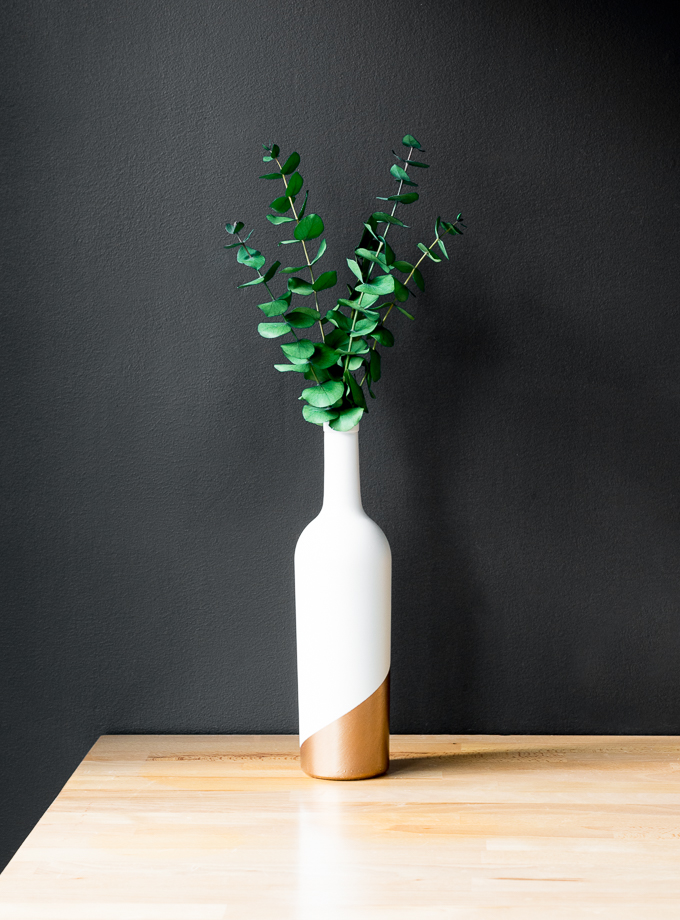 Add a touch of modern glam to your space with a glass vase with gold foil. The coolest thing about these vases is that the gold foil is uneven here, which brings a messy and unusual look to them. Read how to achieve such a cool and stylish look in the source and enjoy! 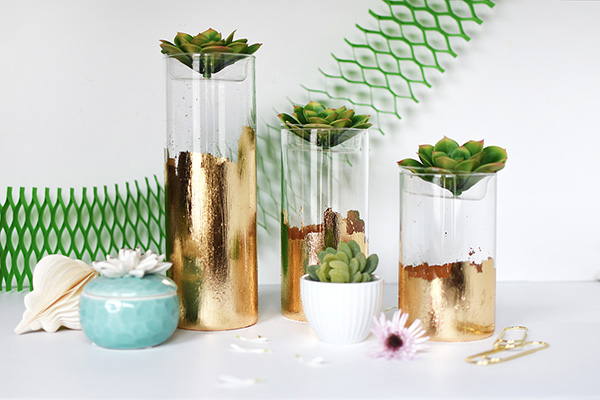 DIY glass and gold foil vase for a modern glam space (via www.delineateyourdwelling.com)

Etched glass is a cool idea to rock in a modern space, which means that such vases are also welcome! Make some awesome etched glass vases in various shades and decorate your space with them – they guarantee a chic and bold look to your blooms and branches. Have fun crafting and enjoy the effect! 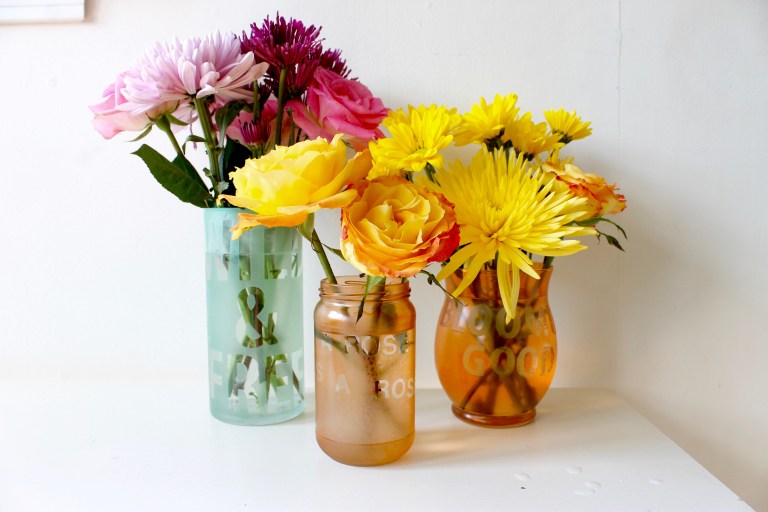 Who said that modern means boring colors? Add a touch of color to your space with these bold bud vases with words! The cool thing about them is straight lines and a simple and modern look, which is essential for a modern space. read the tutorial to make them and enjoy! 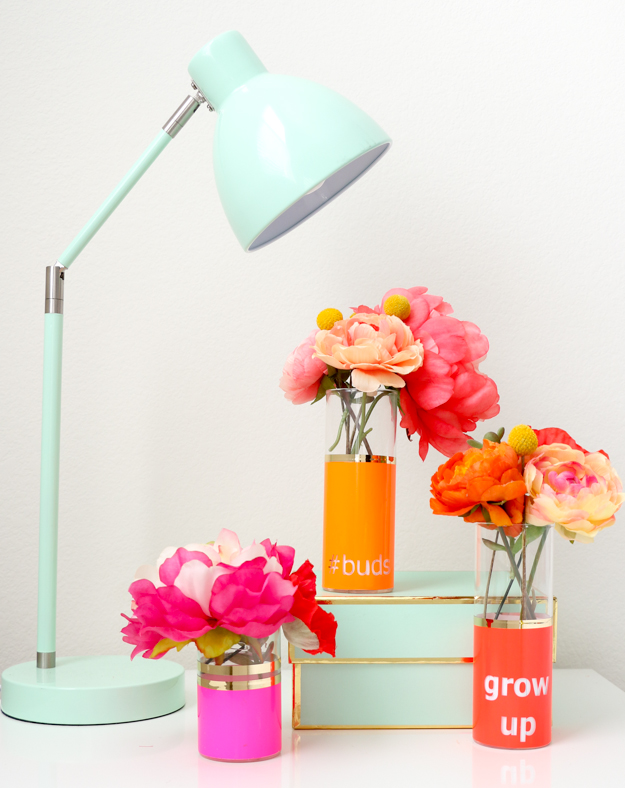 There’s nothing more minimalist and modern than concrete, that’s why concrete is an ideal material to make a vase for a minimalist space. Grab some bud vases and concrete and start crafting – read the tutorial to find out what to do. Leave them as they are or paint them in some single shade and voila! 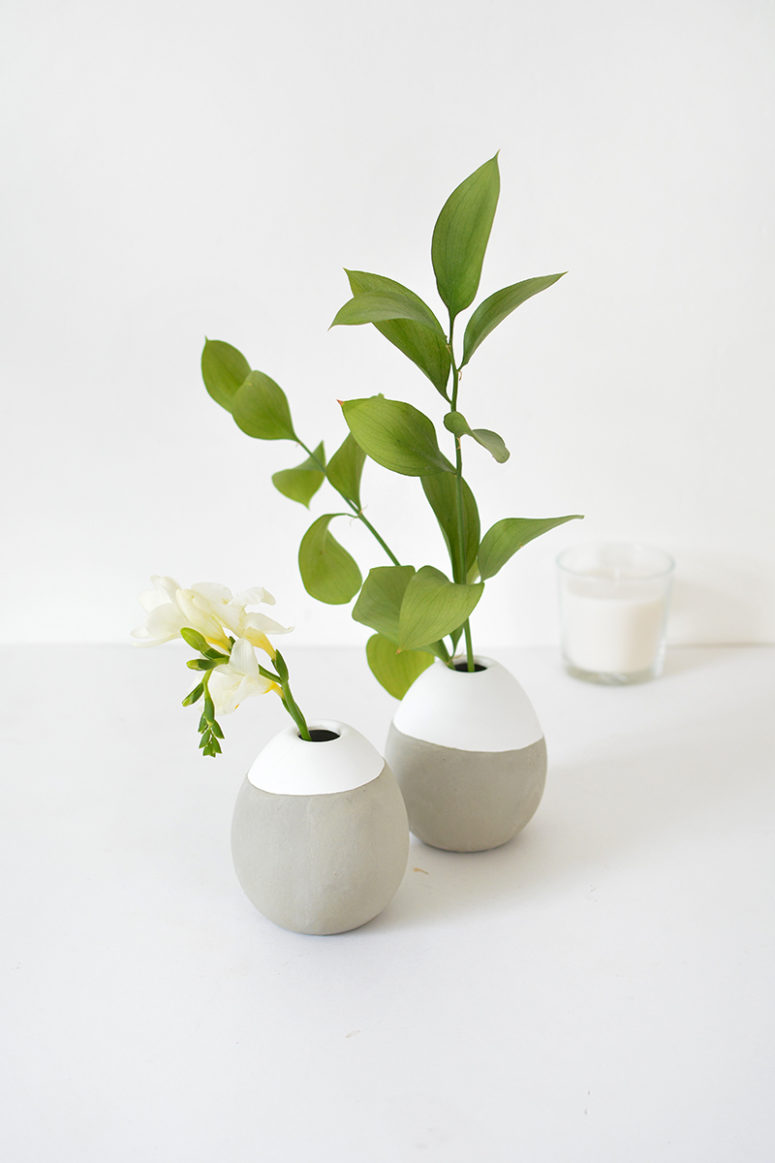 DIY concrete bud vases in grey and white (via www.burkatron.com)

This concrete vase is purely minimalist/industrial, it features a soft shape and lines and a cool raw concrete look, which will fit many interiors. Concrete is very durable and if your kids drop the vase, don’t worry – it won’t break just like that. 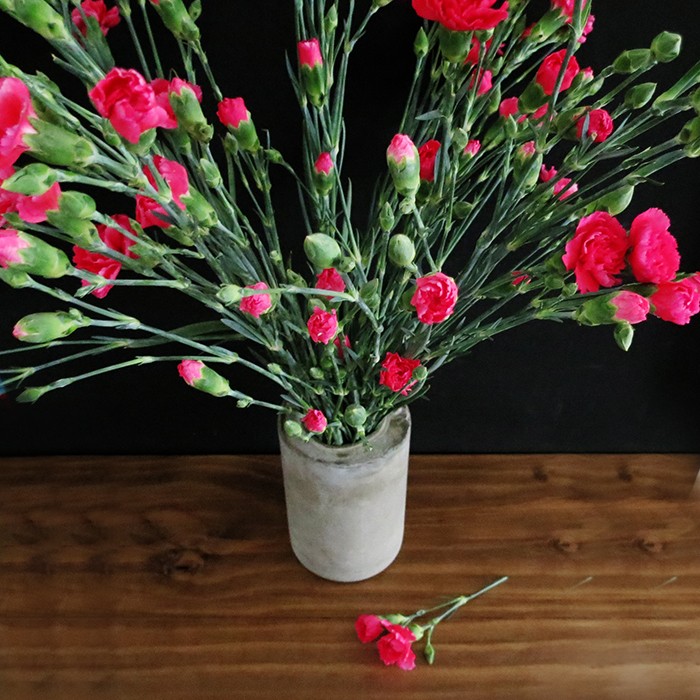 A usual modern ceramic milk jug can be spruced up into a chic and cool modern vase! How? Get some black triangles and decorate your jug with them to achieve a modern geometric look that you’ll like. You may also go for some other geometric prints of your choice and spruce up your jug with colorful paper, too. Get inspired! 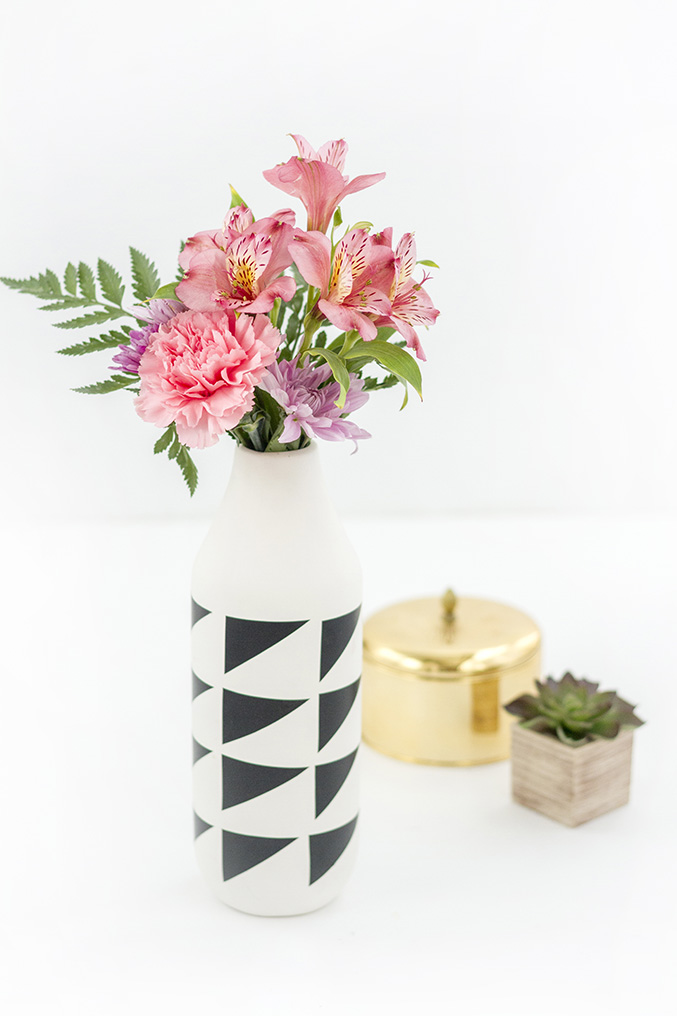 This project will tell you how to make interesting vases of porcelain and copper pipes, which is a very unusual and bold solution. Read how to make them and add various cutouts to the vases to make them more personalized. Such a combo of materials guarantees a chic look! 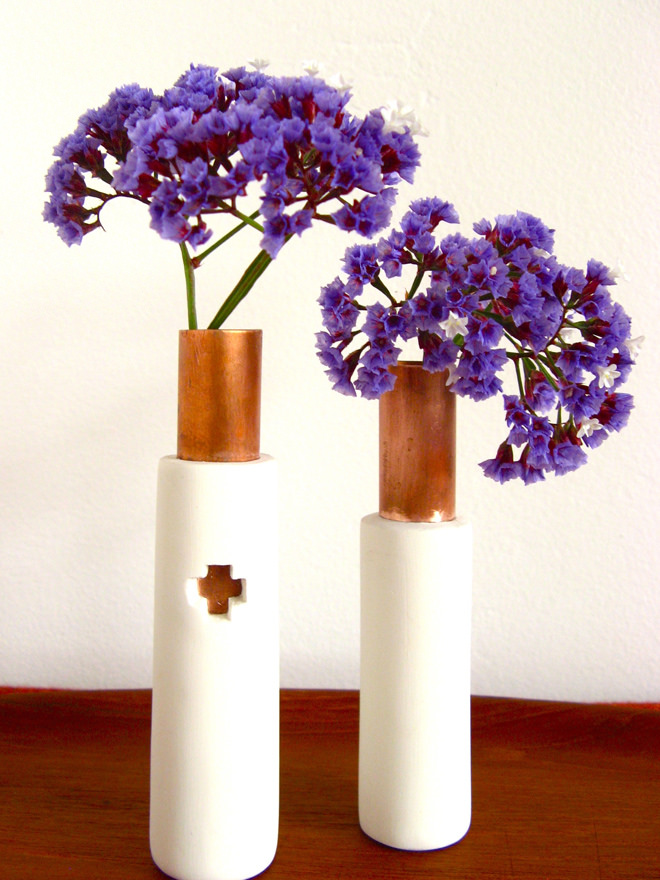