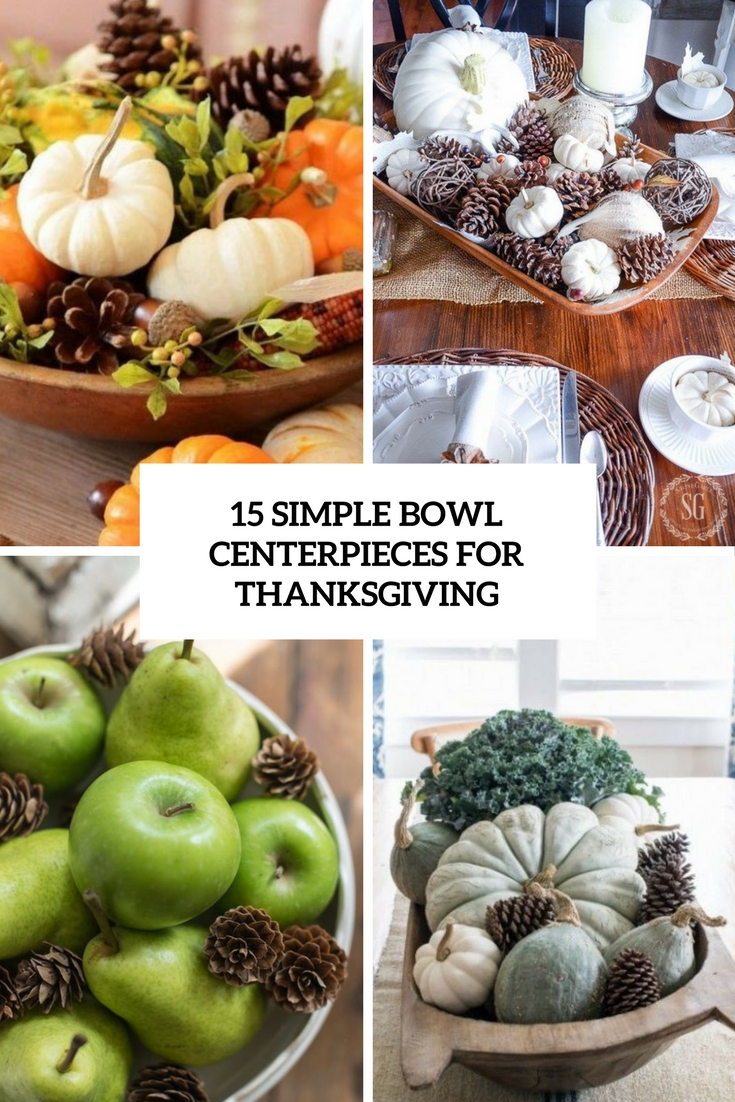 A bowl is a great piece for creating a centerpiece, it’s easy to fill it with anything that fits the holiday or season you are decorating for. Let’s see how to make a centerpiece using a bowl for Thanksgiving that is coming soon.

A Thanksgiving centerpiece is often about pumpkins, and placing them into a bowl is a great and simple idea to get a pretty decoration, sometimes pumpkins are enough – you needn’t anything else. You can go for not only real pumpkins but also for faux ones – of plastic, fabric and burlap. You can also add greenery, antlers, veggies, berries, leaves and so on. 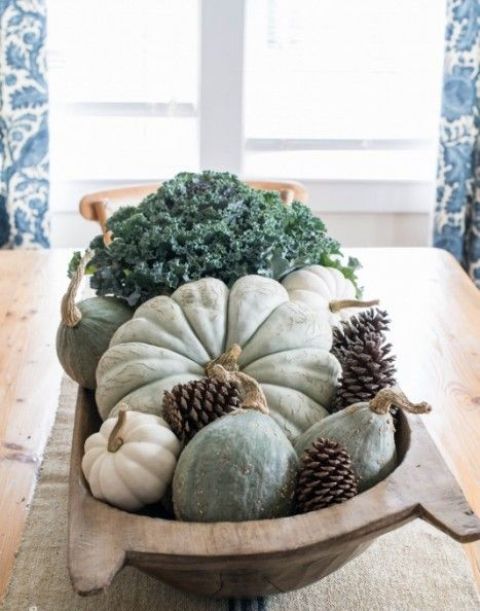 a large bowl with pale green pumpkins and gourds, greenery and pinecones for a rustic look 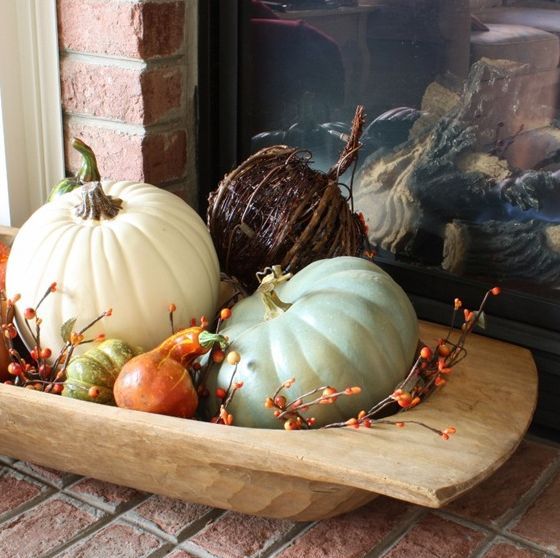 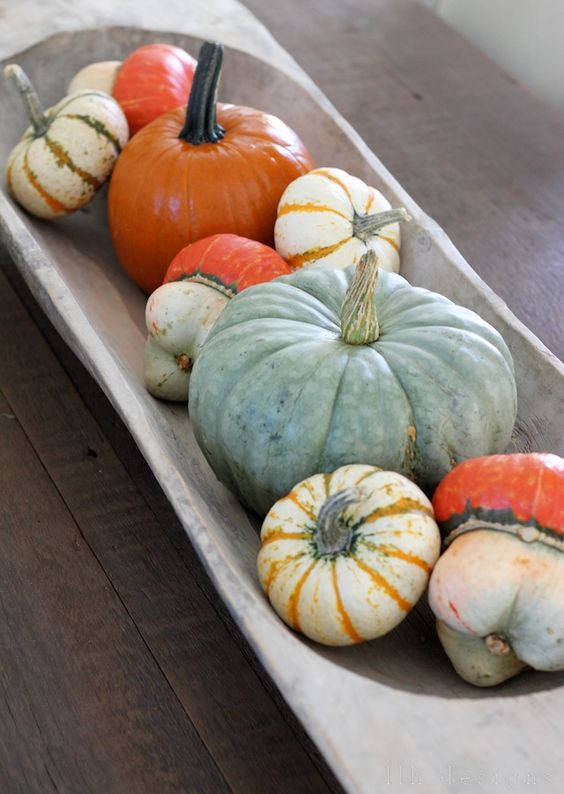 a whitewashed bread bowl with natural pumpkins of different shades 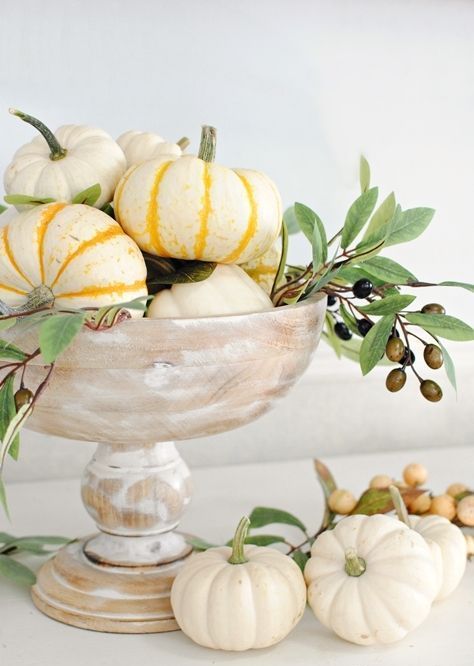 a whitewashed bowl with pumpkins and olive branches with olives 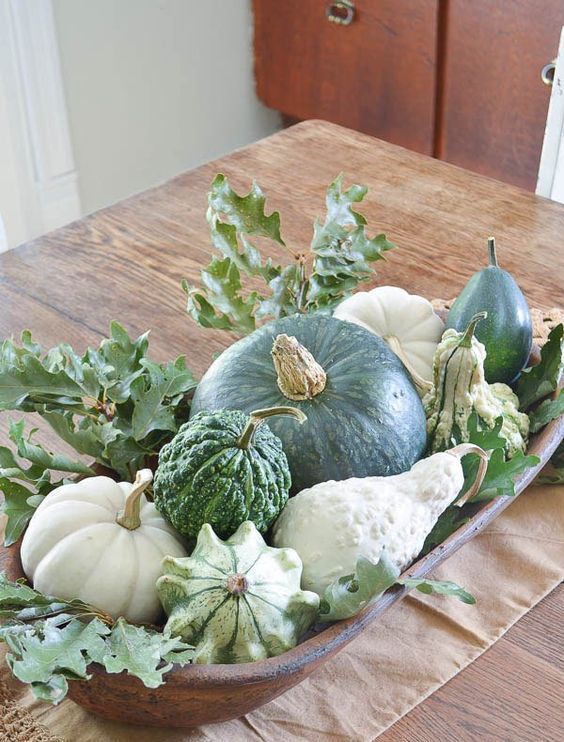 a dough bowl with pumpkins, pears, dried leaves and a candle

Pinecones can be a nice and long-lasting idea for fall decor, not only Thanksgiving. Add them to pumpkins or just use them instead of pumpkins and make the centerpiece cooler with leaves, faux blooms, green pears and apples. 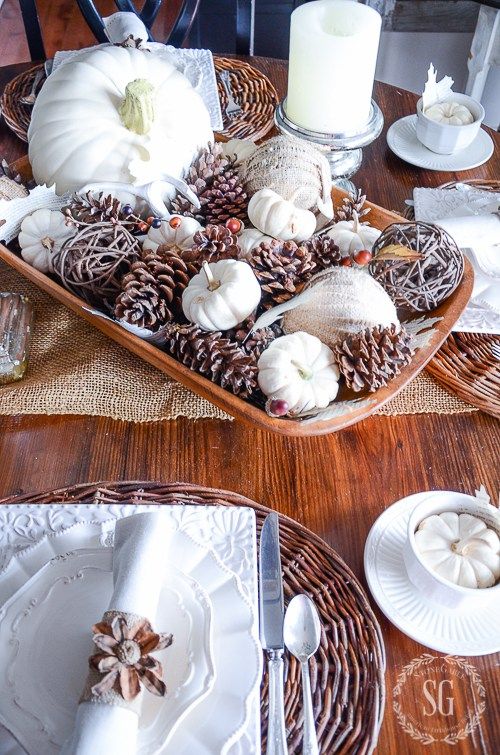 a dough bowl with white and fabric covered pumpkins, pinecones and wicker balls 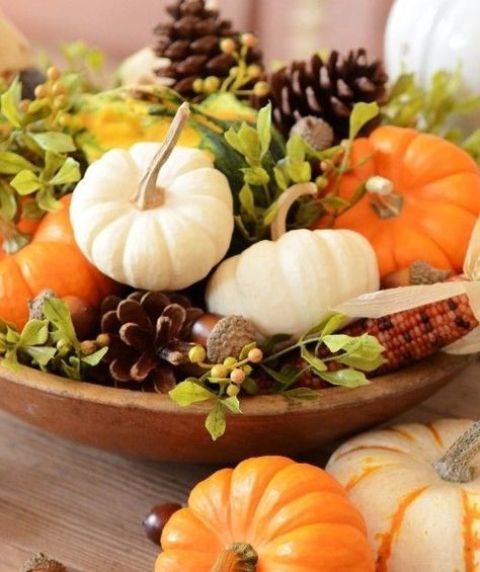 a bowl with corn, acorns, pinecones, fresh greenery and white and orange pumpkins 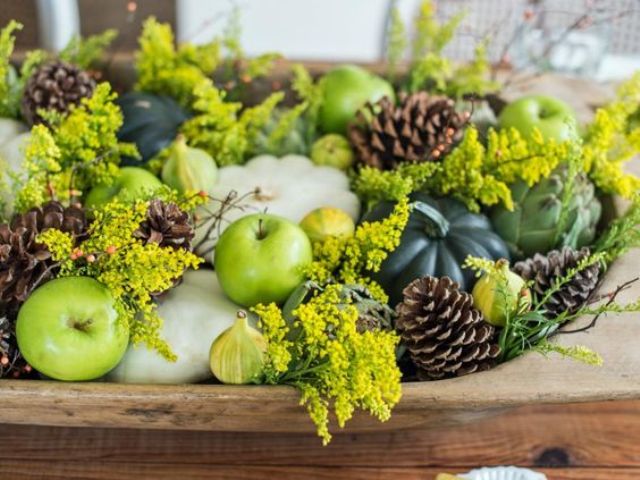 a bowl with green apples, pinecones, white and dark green pumpkins and greenery 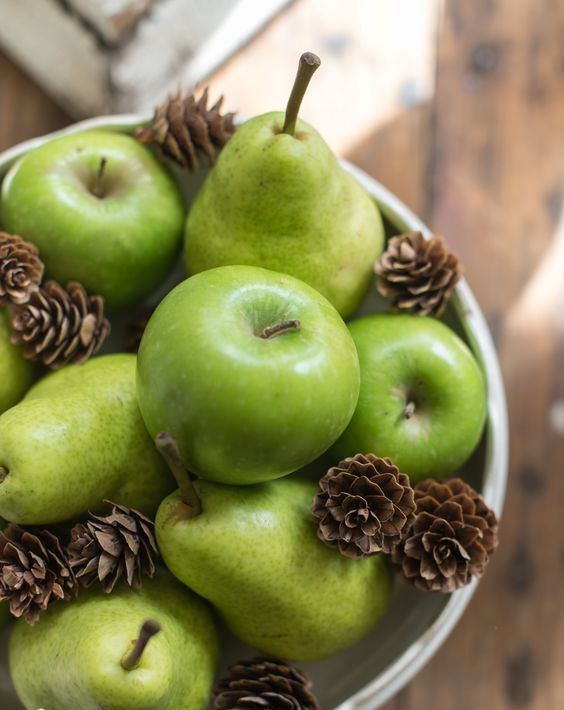 green apples, pears and pinecones to display in a bowl look cool

Create a cool edible veggie centerpiece of various kinds of vegetables – it’s a cool idea. Use wicker balls, moss balls, grass, corn and corn husks and hay in any combos and looks that you like, depending on your style and colors, it’s up to you how to fill your bowl! 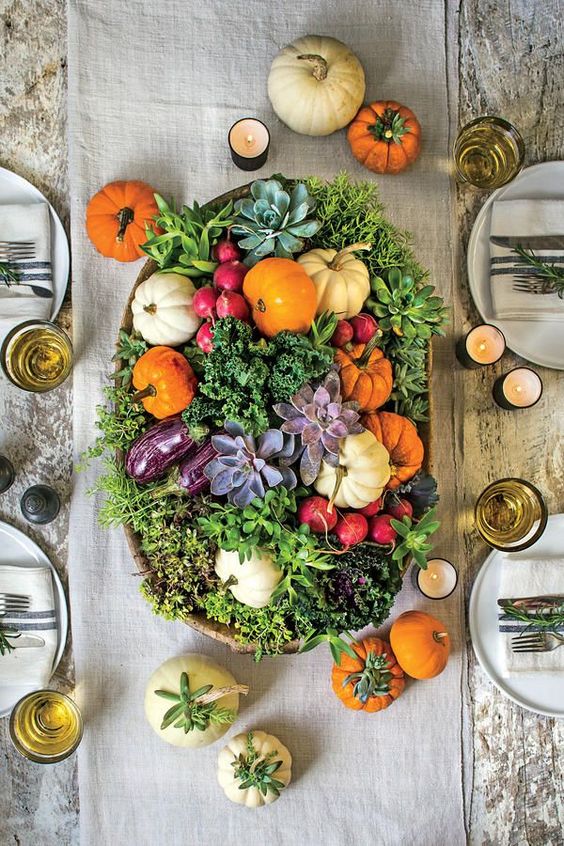 a bowl with greenery, succulents, radish, pumpkins and lettuce 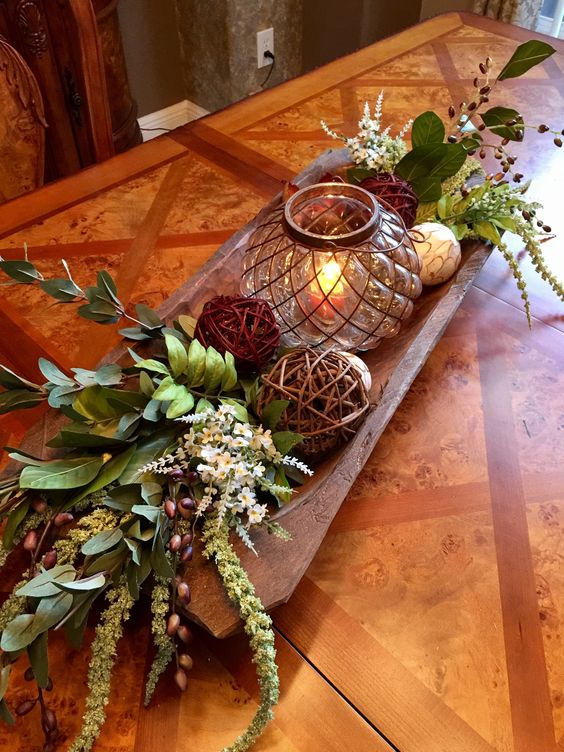 a bread bowl with wicker balls, acorns, greenery and white blooms as a centerpiece 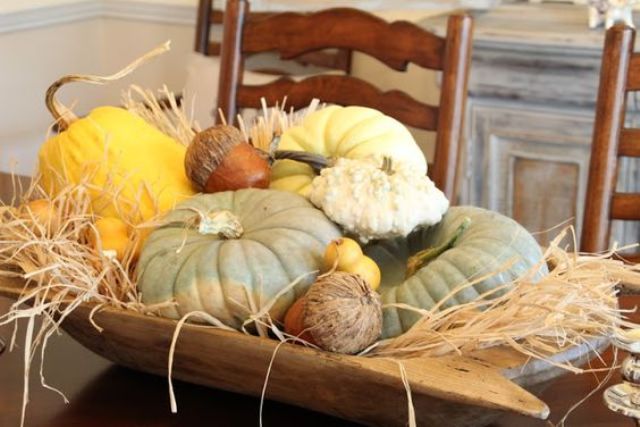 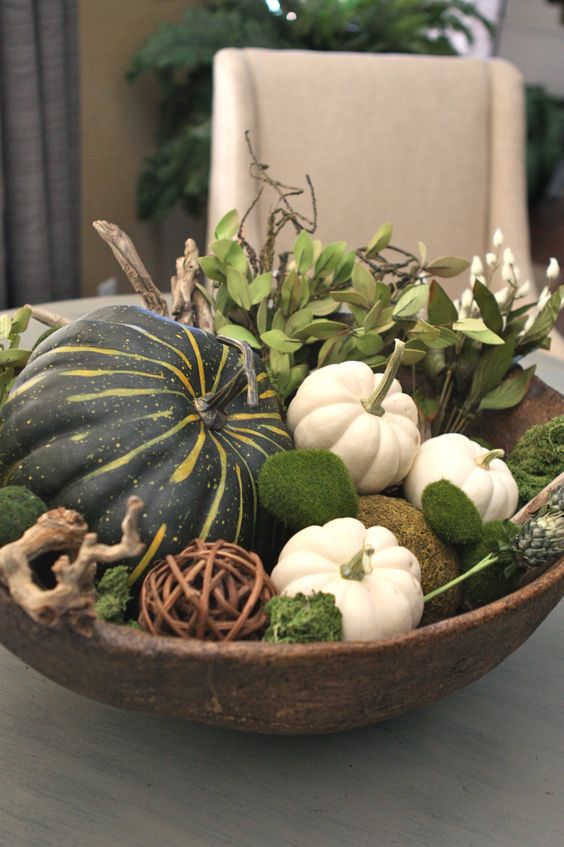 a large bowl with white and green pumpkins, moss balls, foliage and driftwood 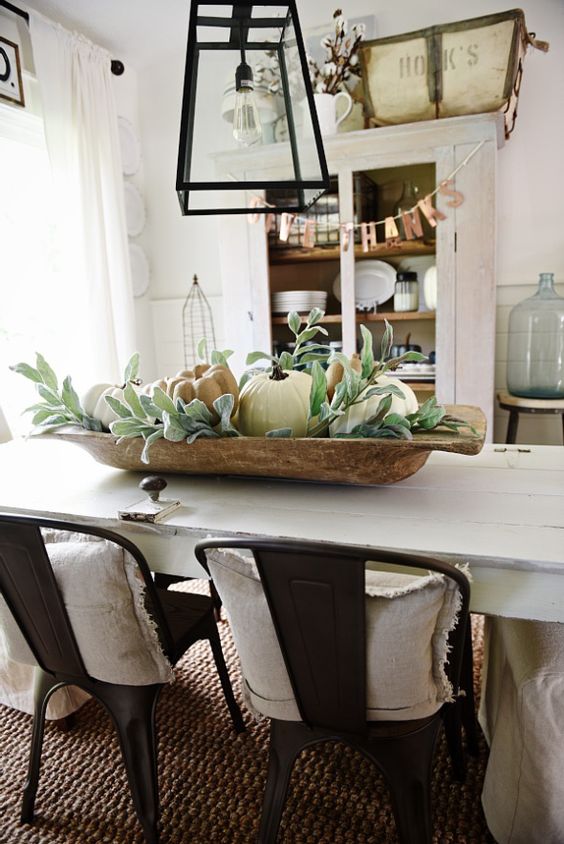